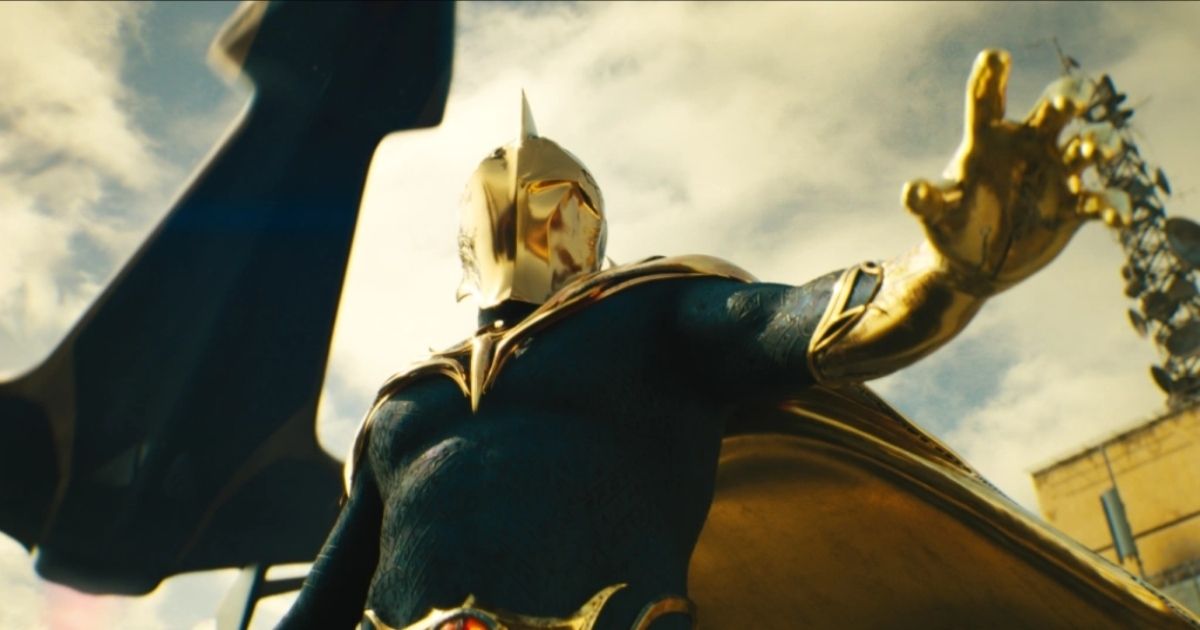 Dwayne Johnson’s Black Adam is a project that was years in the making. Announced for the role in 2014, many thought a film would never see the light of day. Johnson stated, “the hierarchy of power in the DC universe is about to change.” He was determined to reignite the love for DC’s Universe and its eclectic group of characters. The film opened to a $67 million first weekend, which was a modest start. Its second weekend managed to hold onto the #1 spot but was met with a 63% drop. Audiences and critics shared one common love, the character of Kent Nelson, aka Dr. Fate, played by Pierce Brosnan.

All audiences agreed that Dr. Fate lived up to the hype. As the future-seeing sorcerer, Brosnan was the wise hero audiences did not know they needed. Becoming a favorite character made fans disappointed with his fate. Giving Dr. Fate a “heroic sacrifice” makes one wonder where he could appear next. This also makes one wonder who will be the next Dr. Fate. And can Pierce Brosnan return?

How Dr. Fate Could Continue With the Justice Society of America

Johnson And Brosnan have been vocal in stating that Black Adam is not the last time viewers will see Dr. Fate. Kent Nelson has been the primary iteration of the classic character in his comic run. Nelson’s “heroic” sacrifice in the film paved the way for a new Dr. Fate to continue in future DCU titles. A since-deleted after-credit scene teased someone mysterious picking up the abandoned helmet. The scene is meant to explain this character will be seen again.

Related: Why Multiple Batman Continuities Is Good for DC

After defeating Sabbac, the Justice Society of America could have inspired citizens. Besides the deity of Black Adam, the rest of JSA could be icons, with Dr. Fate’s sacrifice making him a hero to the people they saved. It is a perfect way for another avatar to take over the Dr. Fate mantle. If someone new takes over, that does not mean Kent Nelson will disappear. There is a rather effective, comic-accurate way for Dr. Fate to continue in this universe with the JSA.

Introducing a team like the Justice Society of America is not a “one and done” appearance. It is possible for them to appear again, with a new Dr. Fate filling in for Nelson. To those reading and who have not seen Black Adam, SPOILERS for the after-credit sequence. Residing in Khandaq, Amanda Waller (Viola Davis) sends Superman (Henry Cavill) to speak with Adam. The film cuts off before their discussion, which could include how the JSA comes back into play throughout the universe. For the JSA to return, there must be a threat that requires their attention. Creating a big enough enemy might be the only way for a new Dr. Fate to emerge.

Will Khalid Nassour Be Introduced?

Kent Nelson is not the only character to be Dr. Fate. Throughout the character’s comic-book run, there have been eight different versions. Each one comes with its own complex and exciting history. Only one version could build upon Nelson’s introduction in Black Adam. His grandnephew, Khalid Nassour, should be the next person to don the helmet. To give Nassour a proper introduction, elements of his origin story should be changed.

Connecting Black Adam to this story would require a change of location and possible family connection. In the comics, Nassour is a New York teenager who coincidentally finds the helmet in the Brooklyn Museum. To fit into the larger DCU, he could be a resident of Khandaq, from New York, who begins to idolize these heroes after Black Adam. Introducing this character in such a way feeds into the idea of a hopeful DCU future. His origin could also involve Peirce Brosnan back in the role of Kent Nelson.

An eventual comic connection reveals that Khalid is Kent’s grandnephew. A reveal of this magnitude could leave room for excellent character development. Besides the introduction of a new character, Brosnan could return. Making Kent Nelson a sort of “spiritual guide” is an organic way to include him in the story. A common complaint with Black Adam was that the JSA team was incredibly underwritten. Nelson had the most “depth” but left audiences craving more from him. Becoming Khalid’s guide, Dr. Fate could become a surprising and exciting story.

How James Gunn and Peter Safran Could Lead the Way

Dr. Fate’s time in the DCU seemed limited after the events of Black Adam. That is not the case, thanks to the endless possibilities with the character. Amongst comic lore, certain characters are more than just physical beings. Those characters, like Dr. Fate, are ideas that can be passed from person to person. Having a character with the ability of different interpretations leaves room for creative freedom. That is coincidental, with new creative minds running DC movies at Warner Bros.

Having such a supernatural character needs the right people to know how to utilize him. James Gunn and Peter Safran have expressed their love for comic content, showing they have potential. Dr. Fate can now capitalize on his strengths shown throughout his screen time in Black Adam. It is almost certain that after Black Adam’s release, both men paid attention to what audiences loved most, Dr. Fate. Knowing we could get more of this character makes it exciting to see where Dr. Fate could fit within the DCU.