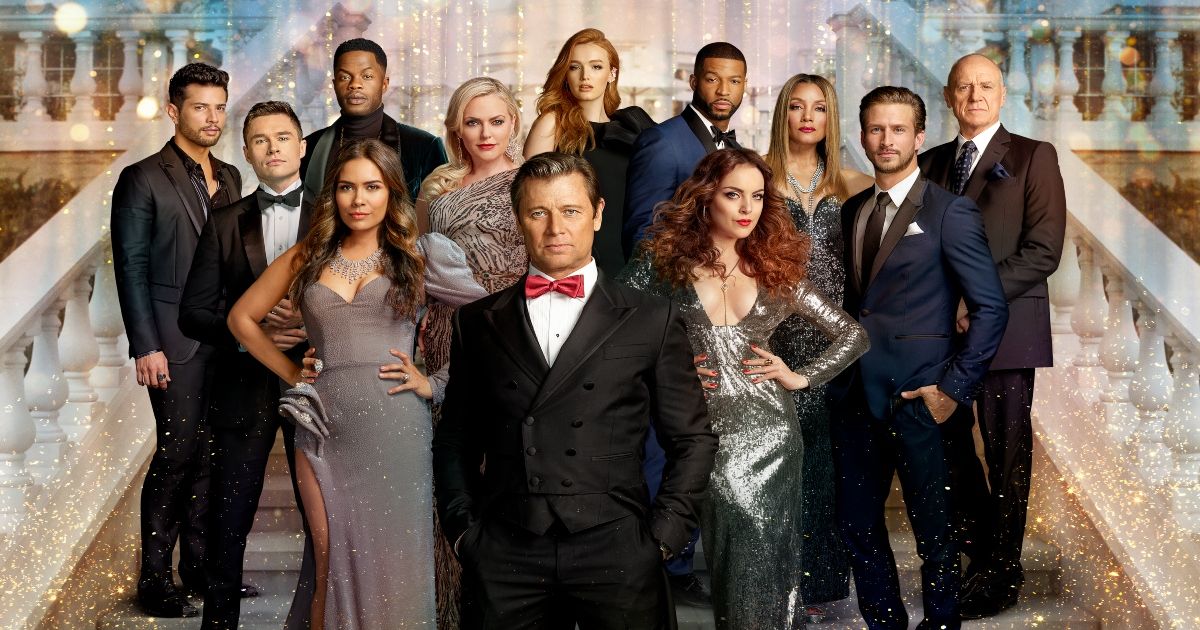 Fans are mourning the conclusion of the TV series Dynasty, which was a reboot of the soap opera from the ’80s. This series has given viewers a talented and gorgeous cast with hectic lives full of romance, betrayal, competition, and secrets that just couldn’t stay buried. It’s been incredibly entertaining to follow the lives of the Carrington’s (from a safe distance), and the show has reached a solid conclusion. As we look back on Dynasty, it’s clear just how much development some of these characters went through. Fallon went from being a girl that just wanted to prove herself to her father to being the CEO of an incredible feminist and diverse business, determined to be an activist to make those voices heard. Jeff Colby went from a spiteful techie to being someone that used his technology and designs for good, and uses his talents to try to help the less fortunate and reform the healthcare industry. Sam went from being a young man that just wanted to be spoiled to starting his own business and running a successful hotel, finding his own sense of purpose and satisfaction in life along the way.

The characters in this show go through a hell of a lot, and somehow they never give up. But while some grow and change because of their experiences, others more or less stay stuck in their ways. This series shows the duality of privilege through its protagonists and gives an eye-opening view to audiences. It skillfully illustrates the positive and negative uses of privilege.

Related: Here’s Why Do Revenge Is Not Your Ordinary Rom-Com

Manipulation and Need to Win

From the start of the show, it’s clear that these rich families will do whatever it takes to get what they want. They care more about power and success than anything else. Blake Carrington, in particular, is the prime example of this. He continually tests the limits of his children’s love for him by backstabbing them and challenging them even when he doesn’t really need to. He had a tenuous relationship with his son Steven, who was an environmental activist and trying to have a positive impact on the world around him, but Blake hurt his efforts over and over again in order to protect the business and deals going on with Carrington Atlantic. Even though Blake comes to see all of his children as his equals and respects them throughout the series, he still makes his business a priority. He uses his power and money to manipulate, blackmail, and change outcomes so that he always ends up on top.

And even though we see Dominique and Alexis as powerful female characters who are rivals to Blake, they are equally as awful as he is. Alexis manipulates her children over and over again, especially in the later seasons when she can exploit the strange attachment Adam has to her, as well as omit certain truths from Amanda in order to turn her against Blake. Dominique also manipulates her children and ends up more or less driving them away because of her competitiveness with Blake. She is the half-sister of Blake, though she didn’t know this until late in her life, and felt that she and her children were robbed of the fortune and success that Blake was simply given. Because of this jealousy and vendetta, she does whatever it takes to win, even if that means using people around her and depriving herself of meaningful relationships. While Alexis and Dominique are both able to reconcile with their families to an extent, they still use their privileges for their own gains and will put their desires above all else.

Related: Atlanta’s Final Season Continues to Prove It’s One of the Best Shows on TV

On the other hand, we see development and positive change in some of the other characters – particularly with Fallon and Jeff. While they also start out being self-centered and using privilege for personal gain, they are able to move beyond that when faced with difficulties from their families and rivals. Fallon feels that her father (as well as other powerful men) look down on and ignore her simply because she’s a woman, so she founded Fallon Unlimited in order to promote feminist and female-centered brands, books, shows, and more, as well as provide jobs for women. Jeff was born into a bit of wealth, but had to face more adversity in order to compare to the other elite rich, so he made his company Colby Co., in order to prove the strength of Black people in a white dominated power scene and represent a positive influence for other minorities.

As the two of them start to do some good with the power they have, they realize how much impact they can have because of their privilege and wealth. The two of them even work together on multiple occasions, such as when Jeff worked at Fallon Unlimited to make Fallon’s company more green and environmentally friendly. Then he moved on to reforming the healthcare system after a friend dies because she couldn’t afford life-saving medicine. Both of them show that it is possible for people with privilege and power to make positive changes to their communities and the world around them.