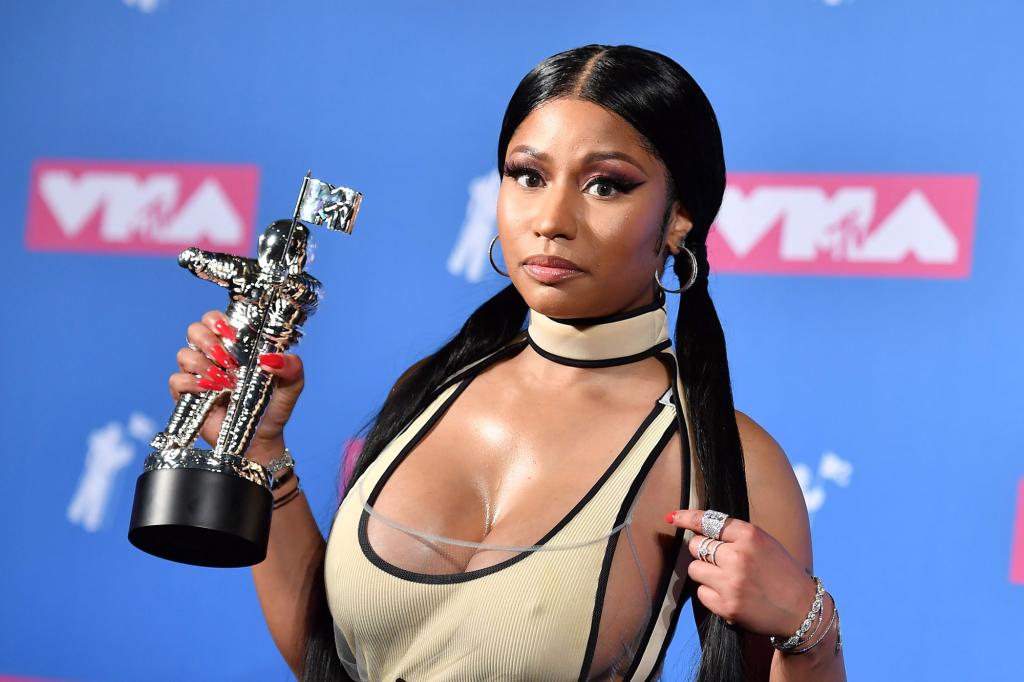 Tunes, the hottest celebrities and fantastical fashions will collide at the 2022 MTV Video Music Awards.

The long-running award show celebrating the coolest in the music industry will hit the channel later this month to close out the summer.

The VMAs have become notorious for their memorable pop culture moments, like when Nicki Minaj called out Miley Cyrus in 2015 and when Kanye West ruined Taylor Swift’s moment in 2009.

The event first began in 1984 as a way to shine a spotlight on the best in mainstream music.

The Post confirmed on Aug. 23 that Johnny Depp will be making an appearance at this year’s ceremony, dressing up as the real-life Moon Person. As MTV fans know, the Moon Person is the silver astronaut statue that VMA winners receive.

The 59-year-old is “really excited” to appear at the VMAs — and he is “ready for his comeback,” a source close to the production said.

Last year’s broadcast was quite the extravaganza, with the stars coming together amid the coronavirus pandemic.

Top moments from the 2021 show included Cyndi Lauper’s feminist speech, the insane looks, Conor McGregor and Machine Gun Kelly fighting on the red carpet and when Ashanti and Ja Rule had an amazing reunion.

Ed Sheeran performed at last year’s ceremony and had expressed his contempt for American award shows at the time.

“The room is filled with resentment and hatred toward everyone else and it’s quite an uncomfortable atmosphere,” the British musician said in an interview with radio host Julia on her Audacy segment “The Julia Show” on Sept. 15 — just a day after the show aired.

Here’s everything you need to know about the 2022 VMAs.

When are the VMAs and what time does the show start?

The Prudential Center in Newark, New Jersey is the home of this year’s VMAs and is set to air live on Sunday, Aug. 28 at 8 p.m. ET/PT.

Who is hosting this year’s show?

LL Cool J, Minaj and Jack Harlow will be sharing the stage on Aug. 28 to emcee the music awards show.

The “Super Bass” icon will also be receiving the Video Vanguard Award, an accolade gifted to icons every year.

Billie Eilish, Drake, Dua Lipa, Sheeran, Swift and The Weeknd are also in the running with five nods each.

Video of the Year will see Swift, Styles, Doja, Sheeran, Harlow, Lil Nas X, Olivia Rodrigo and Drake battling it out at the ceremony.

Who will be performing?

The first slate of performers was announced on Aug. 18, and it includes BLACKPINK, Lizzo, Måneskin, J Balvin, Marshmellow x Khalid, Panic! at the Disco, Kane Brown and host Harlow.

Rappers Eminem and Snoop Dogg are also appearing on stage to perform “From the D 2 the LBC,” a song inspired by the world of the Otherside metaverse.

Bad Bunny is even stopping by (virtually), as he will be singing at the top of his lungs from Yankee Stadium in The Bronx.

MTV will broadcast his performance from his “World’s Hottest Tour” concert. This will be the first time the VMAs have gone live from the iconic sports stadium. The award show portion will also include behind-the-scenes choreography.

Minaj will also be taking the podium for what is sure to be a wild performance.

Where can you watch the show?

Aside from the telecast being broadcasted on MTV, viewers can also catch the music and mayhem on channels such as the CW, BET, BET Her, CMT, Comedy Central, Logo, MTV2, Nickelodeon, Paramount Network, Pop, TVLand and VH1.

Will there be a live stream?

It will also be livestreamed on Paramount+, YouTube TV, Hulu+ Live TV and MTV.com.

Where can you vote?

Fans can vote up to 10 times a day on the MTV website.

When is the red carpet?

The 2022 VMAs Pre-Show and red carpet will air live on MTV and will also be broadcast live on MTV’s Twitter account.

Dove Cameron, Saucy Santana and Yung Gravy will be performing during the Pre-Show event.