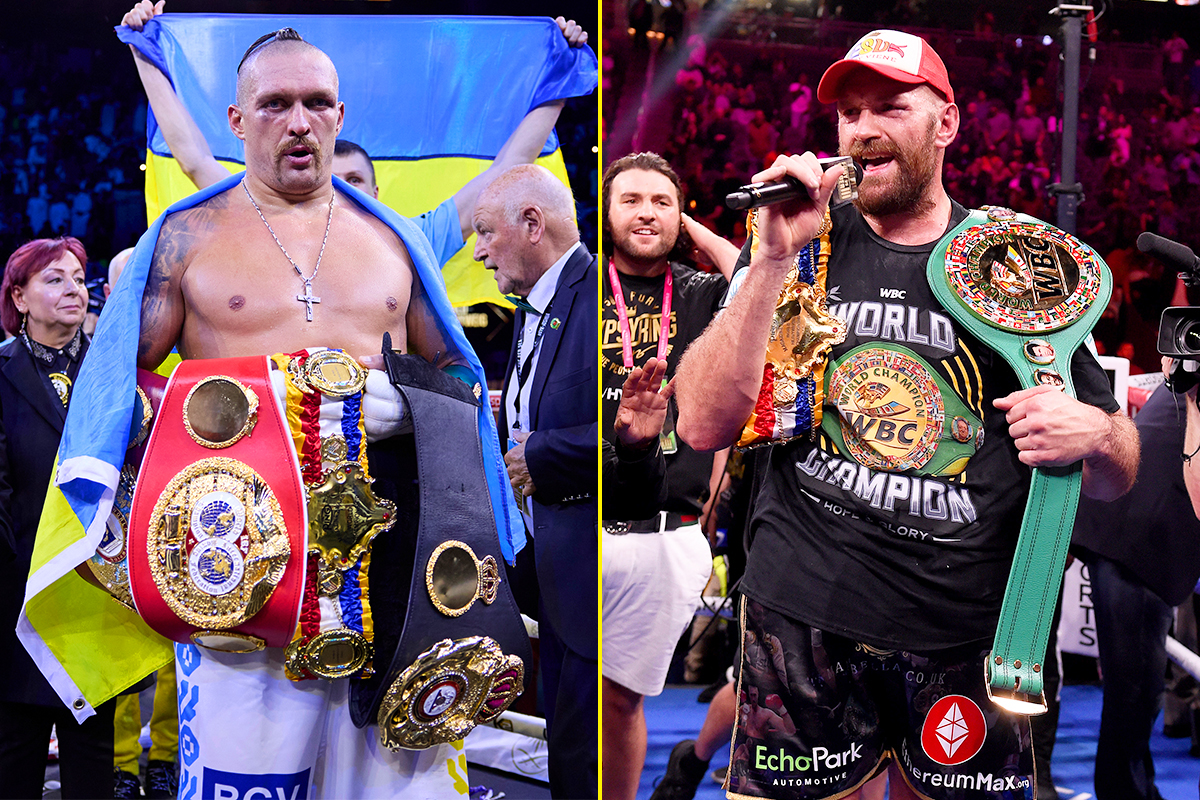 Tyson Fury has reiterated his threats to Oleksandr Usyk who will be ringside for his trilogy fight on Saturday night with Derek Chisora.

Frank Warren, who is Fury’s promoter, recently told talkSPORT that Usyk would be in attendance to watch ‘The Gypsy King’ take on Chisora.

Fury, however, has warned Usyk that if he does see him he will slap him, as he told iFL TV, “Oleksandr Usyk can go suck a d***.

“If he comes to the fight, I promise you I’ll slap him in the mouth.

“Usyk called me a drunk recently, so I want to see what he’s got to say about the drink.”

After today’s press conference for his clash with Chisora, Fury was told that Usyk’s manager, Alexander Krassyuk, has confirmed that the Ukrainian will be attending the fight.

“I’ll slap him and his boxer.”


Wilder said he was ‘trying to kill’ Fury in trilogy, insisted Brit was ‘cheating’


Usyk will be ringside for Fury vs Chisora 3, despite Fury’s ‘slap’ threat

Fury was then told that Krassyuk had said a fight between him and Usyk was definitely on if he wanted it.

“It’s not on,” Fury said, “because I haven’t agreed to anything, nothing at all, because I only take one fight at a time and I’m fighting Chisora and the rest of them can go beep beep beep for now.”

Fury then went on to suggest that his trainer, SugarHill Steward could fight Krassyuk, as he said, “Sugar’s not got a fight on Saturday night, so maybe he’ll just go and chin the manager.”

‘The Gypsy King’ then asked Steward if he would do it and he replied, “I don’t even know him but yeah.”

To which Fury responded, “Just look for an ugly looking foreigner and chin him, that will be him.”

talkSPORT BET OFFER OF THE DAY