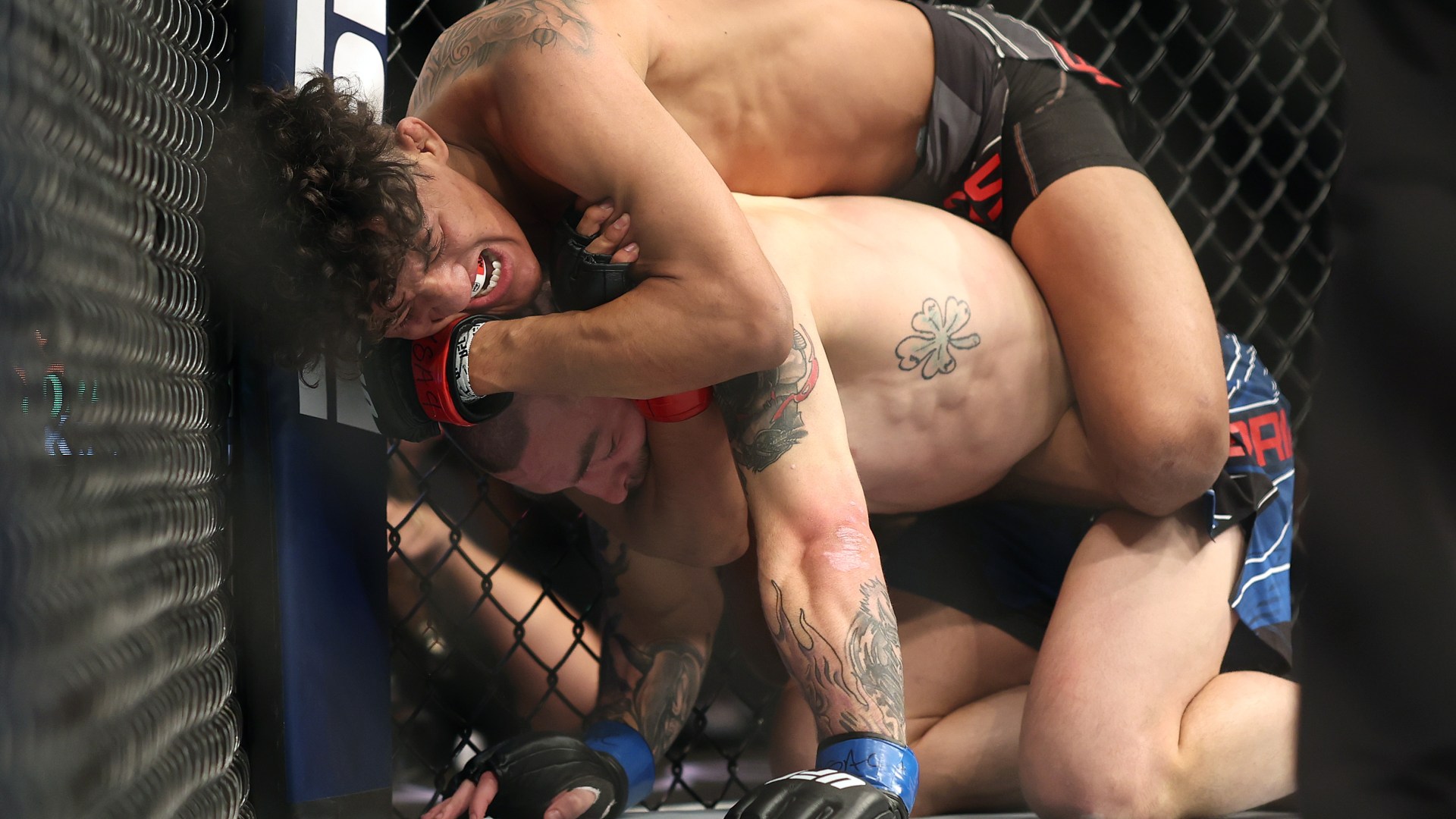 Raul Rosas Jr quickly tapped out Jay Perrin to make history at UFC 282 and improve his perfect record to 7-0.

The 18-year-old became the youngest UFC fighter and winner at the T-Mobile Arena in Las Vegas on Saturday night after picking up a first-round submission victory.

Rosas Jr ate a couple of punches early before going to work with his elite-level wrestling as he took Perrin to the floor and kept him there for the rest of the fight.

Ultimately, he was able to sink in a rear-naked choke submission before using his post-fight interview to ask UFC president Dana White for a $50,000 [£43,000] bonus, so he can buy his mother a minivan and she can take him to the gym.

“I need them 50G’s so I can buy my mother a minivan and she can give me a ride to the PI [UFC Performance Institute],” Rosas Jr said.

The youngster insists he felt unnerved coming into the biggest fight of his life as it is just the first step on a journey that he expects to end with UFC gold around his waist.

He added: “This is crazy, but I knew I was going to be here and right now I’m just living the dream.

“I had no nerves or pressure, felt free, and just did what I love to do. Tonight, I just introduced myself because I’m coming for that belt!”

Back in September, Rosas Jr, who was just 17 then, improved his perfect professional MMA record to 6-0 with a dominant decision win over Mando Gutierrez on Dana White’s Contender Series.

After watching the Mexican teenager in action, the UFC boss offered him a contract with the MMA leader, making him the youngest fighter to ever sign with the promotion.

Despite his impressive performance, some remained concerned that Rosas Jr is too young to be in the UFC, but White was not one of those people.

“After what I just saw, this kid is ready to fight in the UFC,” he continued.

“I’m very, very impressed with this kid. He’s absolutely special. The amount of fighters that were blowing me up going, ‘Oh my God. This kid is for real. This kid is legit.’ Impressive.’”

The UFC boss must feel pretty good about signing Rosas Jr after watching him impress during his promotional debut.