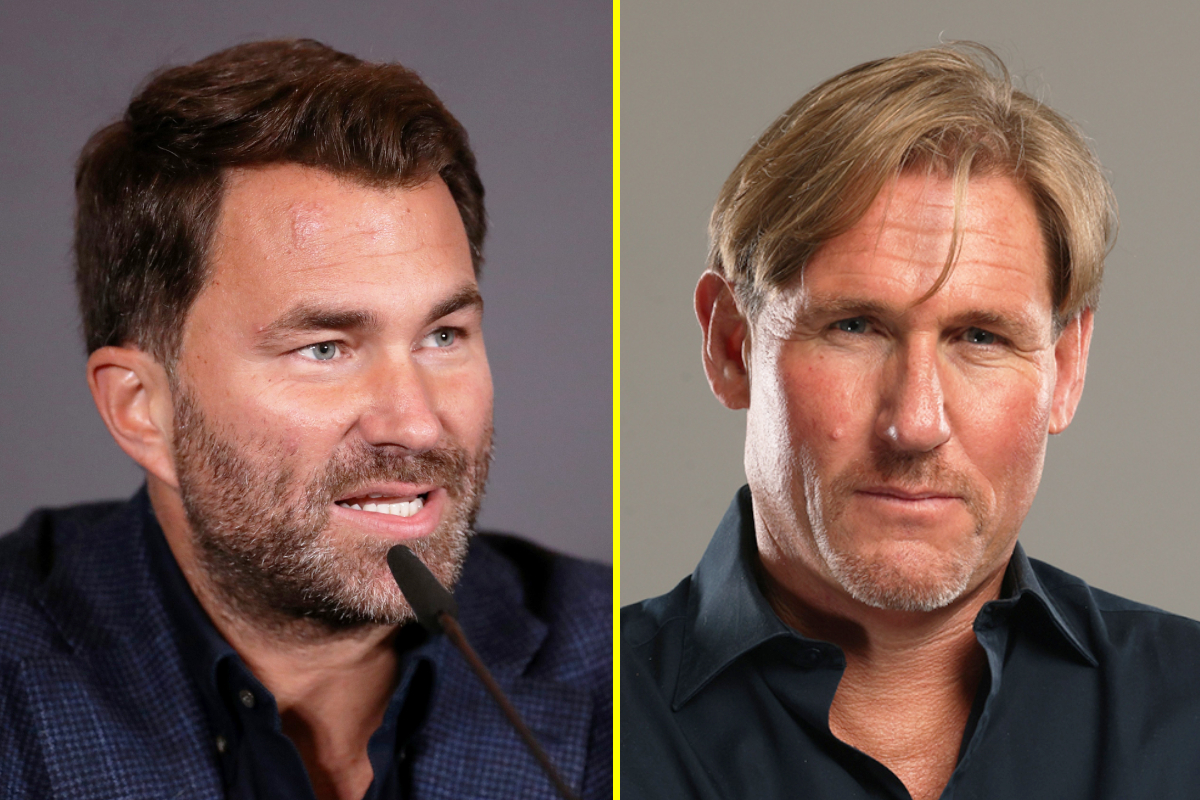 Eddie Hearn has light-heartedly suggested that he and talkSPORT’s Simon Jordan should have a charity fight in the near future.

The pair have been exchanging words in various interviews and social media posts in recent weeks after Jordan criticised Hearn for his handling of Conor Benn’s positive drugs tests.

When the fight was called off Hearn held a press conference to explain the situation, but did not take any questions from the media.

This caused Jordan to brand him as a ‘coward’ and the promoter responded by claiming the talkSPORT host has had a ‘brutal fall from grace’.

In their latest exchange, there was dispute over the times they’d previously met before.

Jordan disputed Hearn’s version of events and tweeted: “Not had earrings, never met in Spain, never met at [Leyton] Orient.

“Eddie has a strange relationship with the truth!”

On Friday Hearn told iFL TV in response: “I do apologise about the earrings.

“He did have highlighted hair and I thought he had an earring, but all [the rest] of that is true.

“I met him in Marbella, obviously didn’t have any kind of impression in his life at all.

“And he was in the Leyton Orient boardroom when Palace beat Orient 4-2 and I was there.”

Hearn then added: “I think we should have a fight.

“I reckon he can’t fight at all, I can’t fight, I think it would be unbelievable.

“We’d do it for charity and then have a debate after.

“I’ve got a broken finger, but I’ll still fight.

“But seriously, I have no problem going on [White and Jordan on talkSPORT], I will go on as well.”