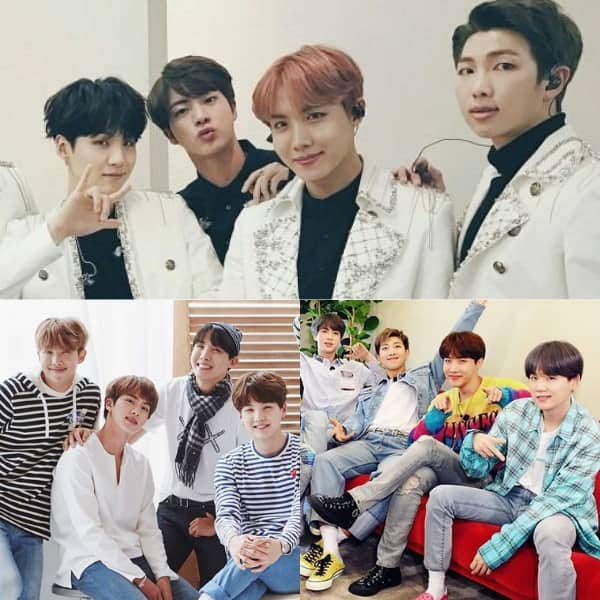 BTS is one of the most popular Korean pop boy band in the world. In the next two days, BTS would complete 8 years of their debut and ARMY is going crazy over the same. BTS has also organized the FESTA 2021 to celebrate their journey in the industry with them. It’s all so overwhelming for the boys and the ARMY right now. For those who are new about BTS, it consists of the septet, Kim Seokjin aka Jin, Min Yoongi aka Suga, Jung Hoseok aka J-Hope, Kim Namjoon aka RM, Park Jimin aka Jimin, V aka Kim Taehyung and Jeon Jungkook aka Jungkook. The latter three forms the maknae group or maknae line and the first four forms the Hyung line or Hyung group. Jungkook, a man of many talents, lead dancer and one of the main vocalist of BTS is considered to be the golden maknae of the group. Fandoms are crazy about Jungkook and often address him as the Golden Maknae. However, there hasn’t been much talk about the Golden Hyung of the group. But whenever fans talk about the same, they always think of J-Hope aka Jung Hoseok to be the Golden Hyung. Also Read – BTS Festa 2021: Septet’s test to check how well the band members know each other gets hilarious reactions from ARMY

The Chicken Noodle Soup singer is also named the Sunshine, Seokie, Hobbi and more the name a few of the nicknames. J-Hope has one helluva bright smile which reminds everyone of sunshine and hence the name. Even their leader, RM agrees to it. J-Hope is quite a clown and the commentator of the group but is also caring. He is always making the tasks in Run BTS episodes interesting with his quirky and kiddish personality. Oh, the eye stares and those shocked expressions and that swag when he beats his members in any game, J-Hope’s joyful personality is just adorable. Also Read – BTS: A cute and funny cat version of Butter is taking the internet by storm – see reactions

However, that does not mean that Suga, RM and Jin don’t cut. The three of them have amazing talents and super amazing personalities that have a mammoth fanbase. Also Read – Not Seoul, BTS members actually belong to these cities! Know here

The case for POLAND | EURO Series