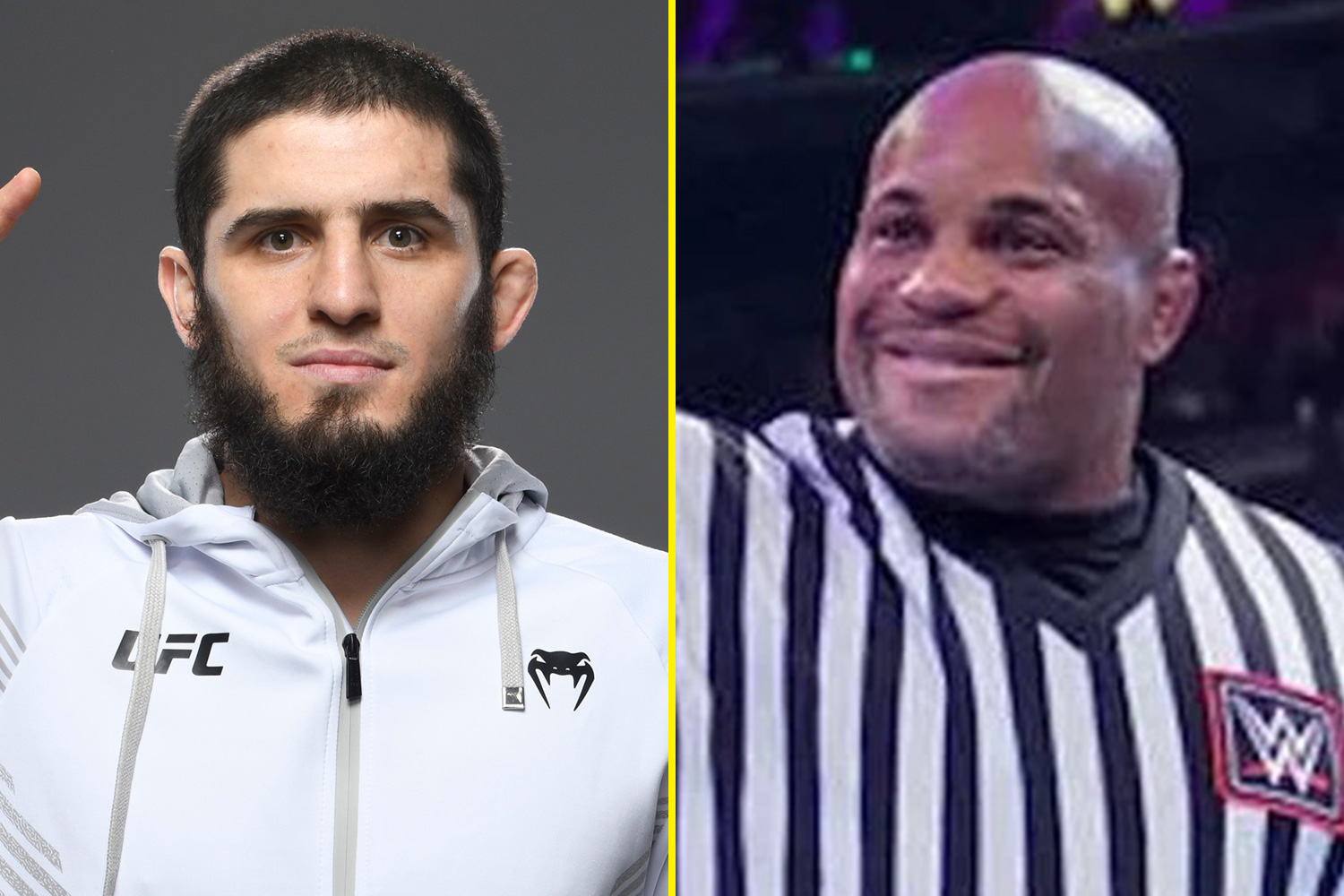 Former dual-weight UFC champion Daniel Cormier has been enjoying his retirement and has understandably gained a little bit of weight.

‘DC’ was never known for his athletic physique, even when he was the heavyweight and light-heavyweight champion, but it never stopped him from achieving great things.

After retiring in 2020, Cormier took up a career in the UFC commentary booth before recently branching out to make his professional wrestling debut.

The 43-year-old was the special guest referee for a fight between Seth Rollins and former UFC fighter, Matt Riddle, at the promotion’s Extreme Rules pay-per-view event earlier this month.

However, after watching Cormier’s WWE debut many commented on his new fuller figure which wasn’t exactly complimented by the striped shirt he was wearing.

“Look at this fat guy,” Makhachev said with a chuckle when asked about Cormier’s referee attire during a recent interview with CBS Sports’ Shakiel Mahjouri.

“He cannot compete anymore; he is a referee right now. He is a smart guy, you know, he doesn’t have to be [in] good shape to come back, he just wants to be referee, do some easy stuff.

“He doesn’t want to no more cutting, he wants to eat all day. Burgers, chips, this guy is so smart.”


O’Malley vs Yan LIVE: UK start time and how to follow bantamweight clash at UFC 280

During a recent episode of his ESPN podcast, Cormier claimed to be open to working with the WWE again but insisted he needs to lose weight first after receiving some unfavourable feedback about his cameo.

“I came home and my partner at my barbershops, he was at my house, and he was like, ‘Damn, you look a lot bigger on TV,’” he said via MMA Fighting.

“They were talking to me about doing future things in the WWE and I go, ‘I’ll do things, but I’ve got to get in shape first.’ Like, give your boy some time to get some of this baggage off, this luggage.”

Many had hoped that Cormier crossing over to pro wrestling would mean that he would finally face off against Brock Lesnar after that fight failed to come to fruition in the UFC.

It appears a fight with the former UFC and WWE champion could soon be on the table if Cormier is able to make good on his promise to shift some of the extra luggage he is carrying.