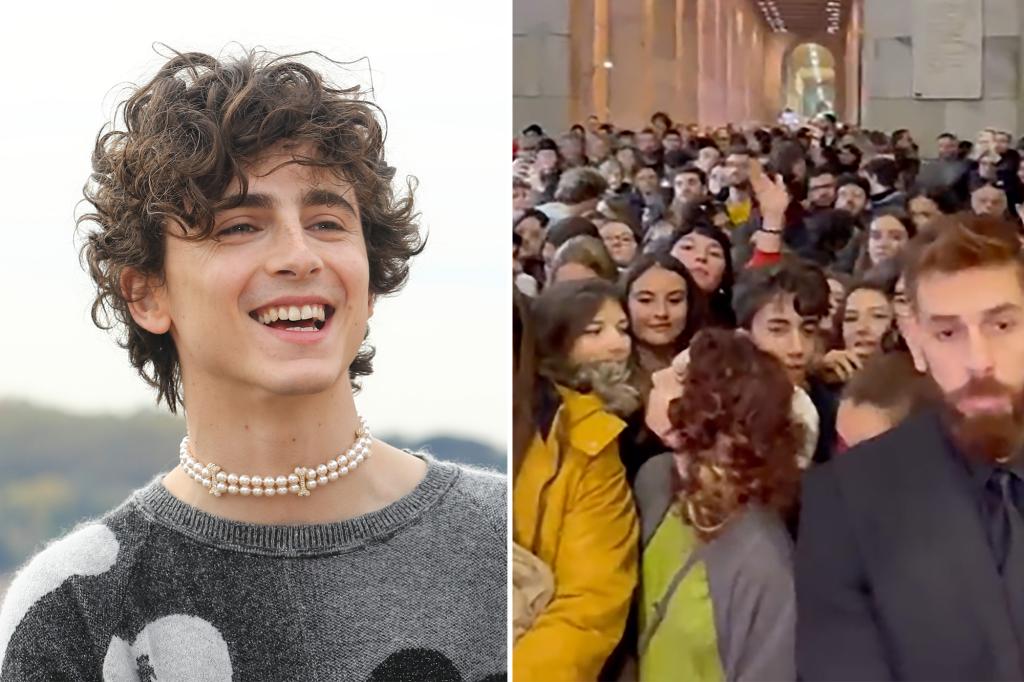 They were hungry for a piece of Timothée Chalamet.

Milan’s red carpet premiere of the actor’s new movie, “Bones and All,” was canceled Saturday over safety concerns as throngs of fans stormed the red carpet.

The film — which stars the 26-year-old — was set to open at the Space Cinema Odeon in Milan until local police grew concerned that the swelling fans posed a significant safety risk and shut it down, reports Variety.

According to local officials, the event continued — though in a limited capacity — and the screening went on as planned.

“Bones and All” debuted in September at the Venice Film Festival where it was met with another huge fan turnout.

While Venice was able to provide enough space for the “Call Me By Your Name” actor, the Milan venue was unprepared.

“Bones and all” stars Chalamet alongside Taylor Russell as a pair of cannibalistic lovers on the road together. The film is scheduled to debut in the US for a limited release on Nov. 18 before expanding to wide release on November 23.