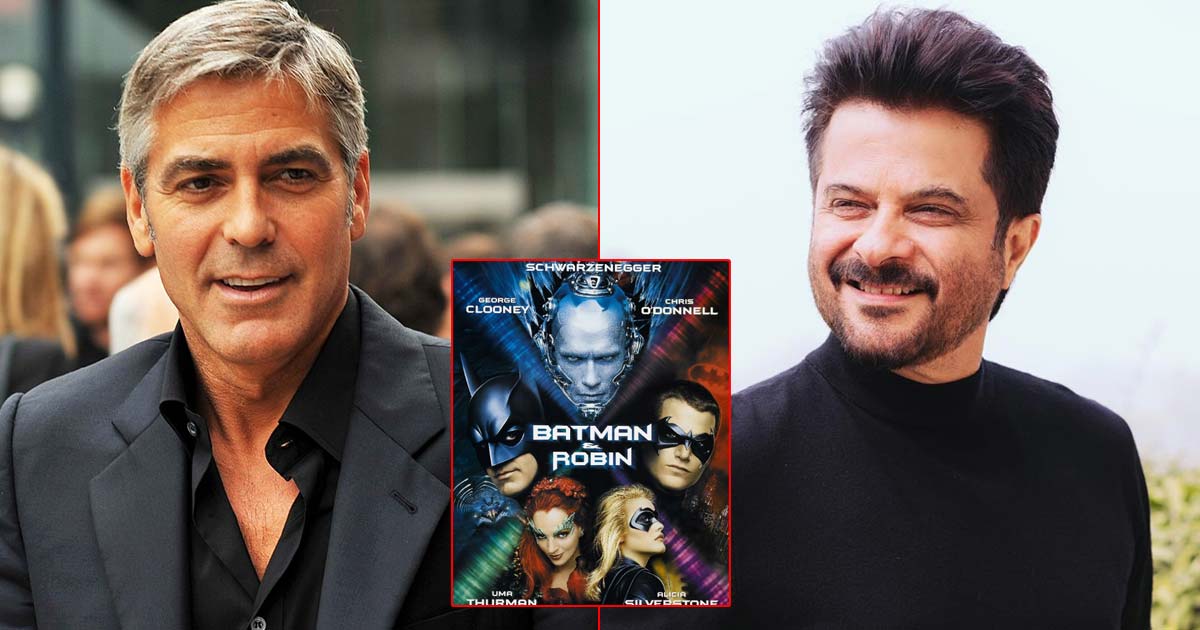 American actor George Clooney is one of the most popular stars in Hollywood and is the recipient of numerous accolades. While he has given several critically acclaimed films, he once slipped on the Bat-suit, to become Batman. However, the film series did not receive the audience reception as expected.

Back in 1997, George took over the role of Val Kilmer, to take the Caped Crusader in the American superhero film Batman & Robin. The film turned out to be a critical and commercial failure. It was criticised for its excessively campy tone and lack of seriousness for the genre.

Now 25 years later, George Clooney spoke about the high actors feels, when they are offered a franchise like the Batman series. During the final day of the Hindustan Times Leadership Summit 2022, the Hollywood actor revealed about taking on the role while in conversation with Anil Kapoor.

Veteran actor Anil Kapoor asked the 61-year-old Hollywood actor, “I read somewhere… I laughed so much… that you almost killed the franchise?” to which the latter replied, “It’s a funny thing that people don’t understand. When you’re just making it and someone offers you a franchise, it is really exciting. They tell you, you’re Batman and you’re like yay! I am gonna be Batman. No one really thinks that it’s gonna be terrible. The whole time I was like ‘this is great’ and then you see.”

George Clooney then also spoke about working with Academy award-winning filmmaker Alfonso Cuaron in Gravity. He said, “Alfonso Cuaron is a wonderful director. He has a great eye. Gravity was completely shot in front of a green screen.”

The 2013 film is still considered one of the best sci-fi/survival thriller movies ever made. It starred Sandra Bullock in the lead as an astronaut, who gets stranded in space after an accident. George had a special appearance in the movie.