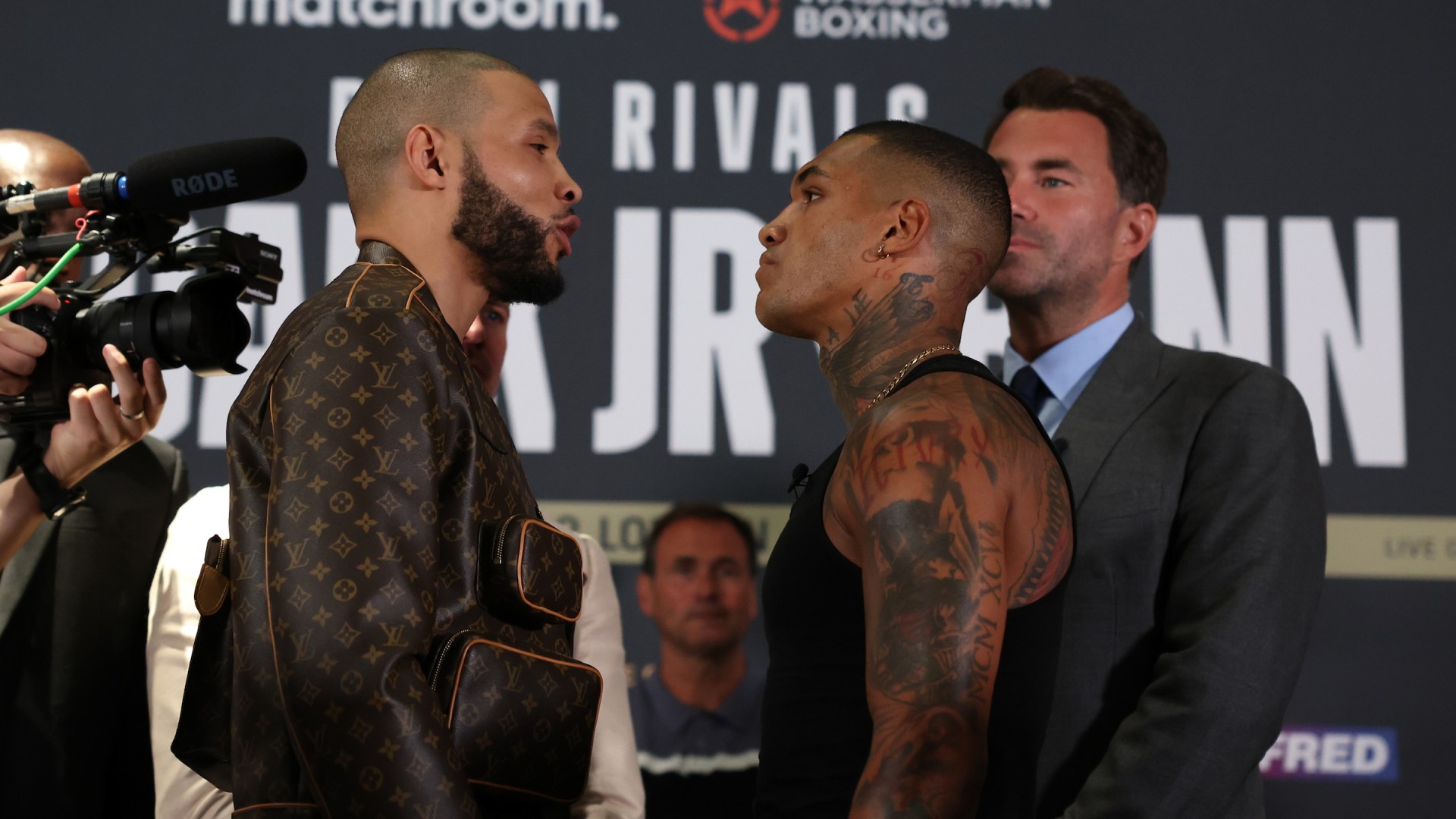 Conor Benn is unfazed by Chris Eubank Sr’s threats to pull his son, Chris Eubank Jr, out of their fight on October 8.

There has been a huge amount of excitement and anticipation around the upcoming Benn vs Eubank Jr fight, as the two men continue the legacy of their fathers, who had an epic duo of fights in 1990 and 1993 respectively.

This all, however, almost came crashing down earlier this week when Eubank Sr claimed that he would be pulling his son out of the fight due to health concerns around getting down to the 157lb catchweight, 3lbs less than Eubank Jr’s normal fighting weight.

This caused a frenzy among fans and the boxing media, but now Benn has come out to make it clear that the fight is going ahead and that Eubank Sr does not have the power to pull his son out of the bout.

“The press and social pages have blown this out of proportion to what Eubank Sr was saying really,” Benn said while speaking on his Twitter account via Spaces.

“Basically, what happened was Senior has just gone on a rant saying ‘157lbs, it’s not healthy for my son, you should pull him out of the fight, I’ll pay the penalty’ and just going on about it.

“It was an issue on their side. It’s a miscommunication on their side. Obviously Senior has no involvement in his son’s career, so I don’t think he will be there in the corner on the night, which is what he was saying on the phone.

“So, it does leave me baffled as to who’s in Junior’s corner, if it’s Roy Jones or Senior. It’s all just a mess.

“All I know is that I’ve got a strong united front my end. Me and my team are united and we’re all on one mission which is getting the victory October 8th.

“I can’t say it was taken out of context, he did say he was going to take legal action to stop the fight and all of that but it’s completely irrelevant.

“The fight is on,” Benn continued. “The fight was always happening.

“I didn’t take into any consideration what Senior was saying because at the end of the day it means nothing.

“He wasn’t the one who signed the contract and I don’t believe he’s Junior’s manager or anything, so as far as I’m concerned the fight’s on.”