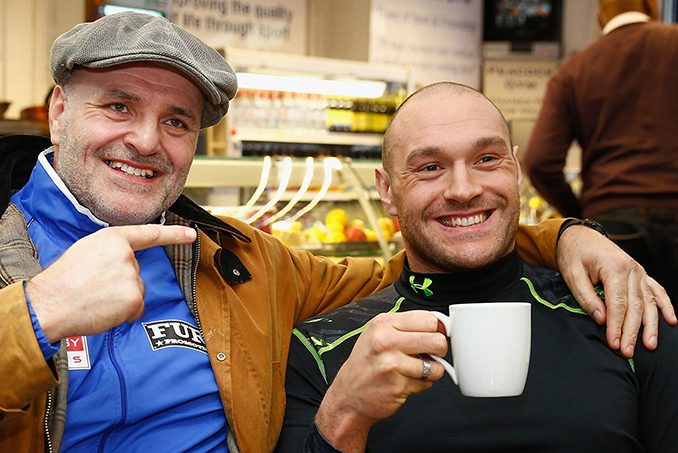 John Fury, the father of heavyweight champion Tyson Fury, has gone to extreme lengths to protect his private parts.

It’s never boring in the Fury household, and this time it is John who has made the headlines by revealing that he has insured his testicles for £10million.

You can’t make this stuff up.

“I’ve insured my nuts for £10million – believe me there is good stuff that comes out of them,” John told freebets.com.

“I’ve got world champion nuts in these trousers, breed some kings I do.

“There are only champions coming out of these nuts — it’s been proven hasn’t it?”

In fairness to John, he has produced the heavyweight champion of the world in Tyson, as well as an exciting prospect in Tommy and even Roman who made a successful professional boxing debut over the weekend.

John went on to say: “Words cannot express how proud of Tyson and Tommy and all my family I am. I feel like I’m a world champ sometimes.”

Tyson thinks John has made a shrewd decision, insuring his testicles, as he told Behind The Gloves, “He insured them because that sperm produced the heavyweight champion of the world and it’s very valuable.

“So, if anything happens to him, even at his age, he could still extract a few champions out of those, so we’ll see.

“Imagine this guy puts a load of swimmers in test tubes and freezes them and sells them, this is the proper half-brother of ‘The Gypsy King’ Tyson Fury the heavyweight champion of the world, this potentially could be our next champion, so it’s worth a fortune.

BetVictor: Pick your winner, Arsenal OR Liverpool at an enhanced 50/1!* – CLAIM HERE