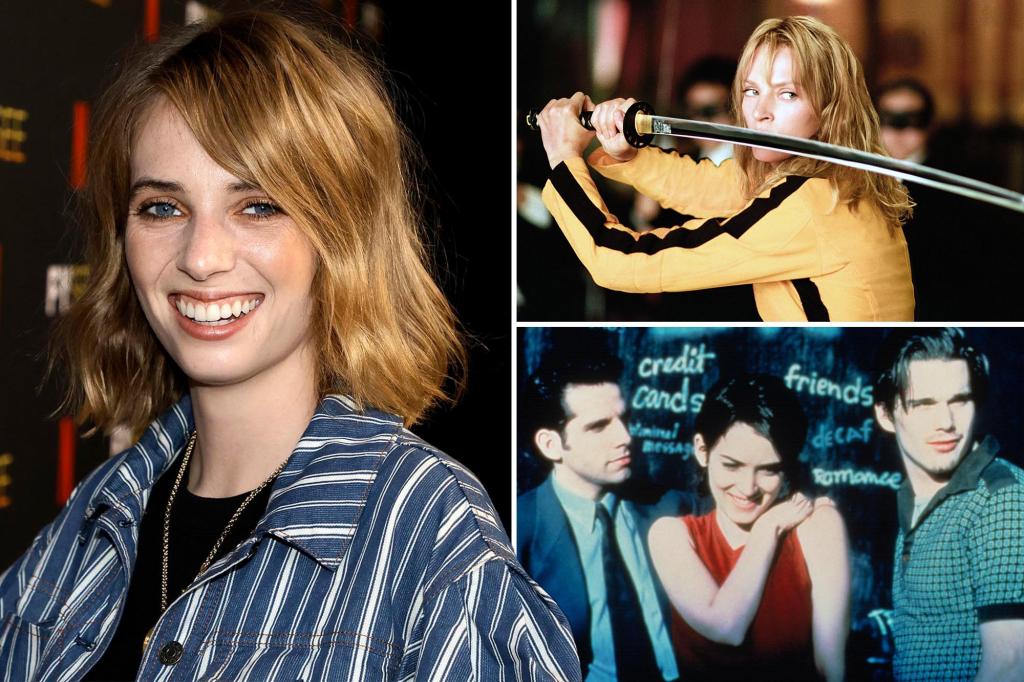 Speaking to Rolling Stone, Hawke, 24, admitted she’s had some “big holes” when it comes to watching the work of the one-time Hollywood power couple.

“I hadn’t seen ‘Pulp Fiction’ until a couple years ago,” Hawke revealed. “I still haven’t seen one of the ‘Kill Bill’ movies.”

“I know Winona pretty well, and of course I’m a giant fan of her work and of my dad’s work,” she said.

“Some of those movies feel like such a big deal that we’d all want to sit down and watch them together, but it’s rarely the right time where everyone’s like, ‘let’s get together and watch my movies!’”

Despite the glaring holes in her cinematic education, Hawke calls acting her “greatest passion,” even more than her musical career, which she spoke about with the outlet at length.

Of her controversial new music video for “Thérèse,” in which she appears topless, she said: “If everyone liked it, then it wouldn’t need to exist at all.”

More importantly, Hawke shared prospective revelations to come in the final season of “Stranger Things” — many of which are sure to break fans’ hearts worldwide.

“Well, it’s the last season, so people are probably going to die. I would love to die and get my hero’s moment. I’d love to die with honor, as any actor would,” Hawke said. “But I love the way that the Duffer Brothers love their actors. The reason that they write so beautifully for me and for everyone else is because they fall in love with their actors and their characters, and they don’t want to kill them. I think that’s a beautiful quality that they have, and I wouldn’t wish it away.”

Despite her desire for an Eddie Munson-esque sendoff, Hawke said that she’d love to keep her on-screen relationship alive with Steve Harrington (Joe Keery) alive after the show’s conclusion as well.

“Normally I wouldn’t really be a proponent of a spinoff, but if I got to do it with Joe Keery, I would do anything. He’s so funny and wonderful and smart, and he’s got great boundaries. He’s an excellent coworker, and I would do anything with him,” she said, proposing a show where the two hit New York for the nightlife, “and figuring our s–t out.”

Hawke also admitted her character is actively advocating to get Steve back with Nancy Wheeler, played by Natalia Dyer.

“I personally think that the thing that’s so beautiful about the show, it actually has never really been about romance. People are always shipping characters in that show, but really that show’s about friendship,” she said.