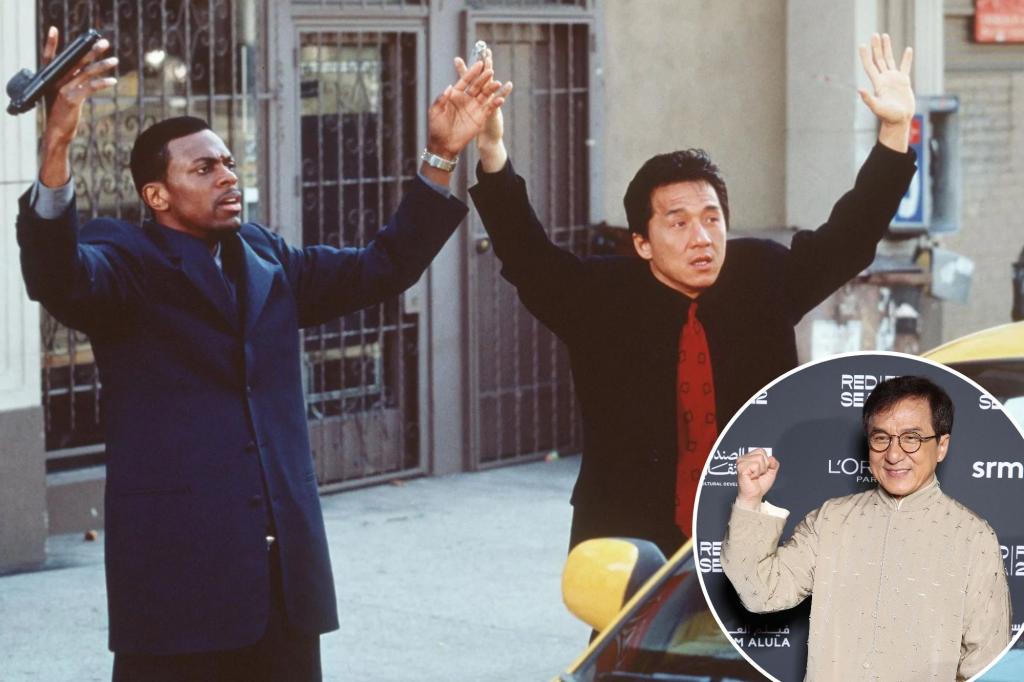 Jackie Chan announced that another “Rush Hour” movie is in the works.

The 68-year-old Hong Kong actor revealed that he was in talks for a fourth installment of the buddy action comedy franchise during an on-stage appearance at the Red Sea International Film Festival in Jeddah, Saudi Arabia.

“We’re talking about ‘Rush Hour 4’ right now,” he told the crowd on Thursday, according to Deadline.

The martial arts legend added that he was meeting to discuss the script with the film’s director that evening, though he didn’t identify the director by name, per the outlet.

Brett Ratner directed all three previous installments of the “Rush Hour” franchise, which featured Chan as a top Hong Kong inspector and Chris Tucker as a wisecracking LAPD officer who team up to solve international crimes. The duo starred together in 1998’s “Rush Hour” and its two sequels “Rush Hour 2” (2001) and “Rush Hour 3” (2007).

The last film that Ratner directed was 2014’s “Hercules.” In 2017, Warner Bros. announced that it had severed ties with the filmmaker after six women, including Olivia Munn and Natasha Henstridge, accused him of sexual assault and harassment.

During his appearance at the film festival, Chan recalled that he thought “Rush Hour” would bomb at the box office and he had planned to leave Hollywood behind.

Start your day with all you need to know

“I tried so many times to go to Hollywood, but after that, I said no more Hollywood because my English is not good, they’re not my culture, they don’t like this kind of action,” he told the crowd.

The “Rumble in the Bronx” star explained that he was initially reluctant to take on the project.

Chan went on to say that he received a call from Ratner and Tucker after the movie was released. They told him, “Dude, we’re a huge success. We’re 70 million in the first weekend.”