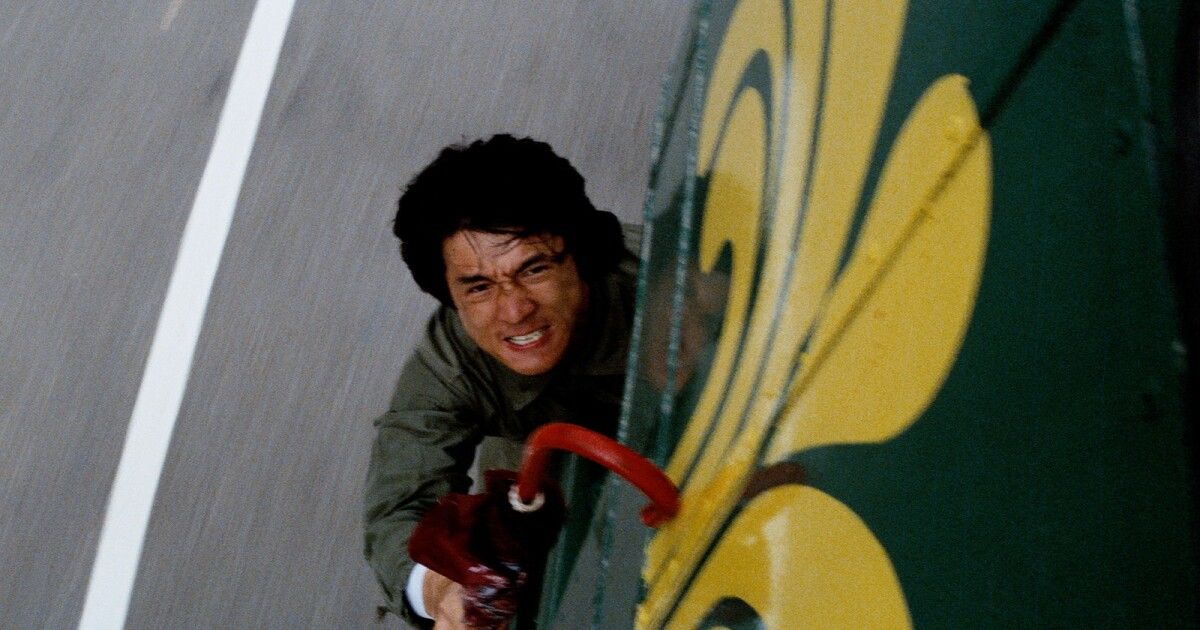 Jackie Chan is easily one of the most influential action movie stars in cinema. The Hong Kong actor broke ground within filmmaking in more ways than one: stuntmanship, storytelling, action, and physical comedy. By this point, his career in cinema is more than five decades old. Chan has earned global fame, made an indelible impact on action cinema, and established himself as a film icon.

Some of the biggest media titles in later years including The Matrix films, the John Wick films, and the Dragon Ball anime series all claim Chan as inspiration. Of course, as director Edgar Wright noted in an interview with Criterion (via Far Out Magazine), “No matter how many people try and rip off Jackie Chan movies, there’s something which they can’t rip off, which is Jackie Chan himself”.

Closing in on his 70s, Chan shows no signs of slowing down, and continues to reinvent himself with dramatic roles. However, his mastery over the action genre remains his strongest legacy — and he built it quite literally with blood, sweat, and many broken bones. Chan set new bounds for the action genre by putting his own life on the line, performing some of the most dangerous stunts in cinema during an era before safety harnesses. Let’s take a look at Jackie Chan’s eight most dangerous movie stunts, ranked.

8 Skydive on a Hot Air Balloon — Armour Of God

Armour Of God comes from the early days of Chan’s success as a martial artist. Released in 1986, it became the highest-grossing film in Hong Kong. The movie included all the classic elements of a Chan film such as slapstick action and physical comedy, combining them with the makings of an epic adventure film. The hot air balloon sequence was an epic stunt of the time that sounds even more dangerous when you realize that most of it had to be done without any safety precautions. In the sequence, Chan can be seen jumping off a cliff straight on top of a hot air balloon and sliding down the balloon’s ropes to the safety of the balloon basket.

Police Story is one of Chan’s most enduring movie franchises, one that continued across the span of nearly 30 years featuring Chan himself as the lead. The franchise has a few more spots in this list. The bus jump sequence from Police Story 2 looks deceptively simple in some ways — at least from Chan’s standards. The sequence puts a spin on the oft-seen bus roof stunts by having Chan’s character jump from a running bus straight into a building’s window. Chan also happened to make a mistake during the intense shooting and jumped through the wrong window, effectively thrusting himself headfirst through real glass. Outtakes from the movie show the crew removing shards of glass from Chan’s face after shooting this scene as he winces painfully.

The Legend Of Drunken Master, otherwise known as Drunken Master II, was named by the British Film Institute among the ten best action movies of all time. One can see why: the movie showcases diverse martial arts style, with special highlights of the real-life martial arts style known as Drunken Fist. The fighting style’s almost dance-like movies make for a supremely entertaining watch, making the film more akin to classical theater than a straight-up action film.

The movie’s climactic fight takes place, quite dramatically, in a hostile steel factory full of red-hot furnaces and steel beams. At one point, the villain pushes Chan straight onto a pit of burning coal. Of course, Chan had to do it all for real. The scene captures him truly struggling against the hot coal and hastily crawling away. It’s surely enough to make you look away for a second.

5 Jumping on a Helicopter — First Strike

First Strike is the fourth movie in the Police Story franchise, with Chan returning as Hong Kong police officer Chan Ka-Kui. The movie has international stakes as it follows Chan as he works with the CIA to retrieve smuggled nuclear weapons. In keeping with the global stakes, the movie takes you through locations around the world, including a snowy mountain region that was shot in Victoria, Australia.

The scene features a thrilling snowboard chase where Chan is trying to avoid capture by a group of thugs. The stunt in question seems relatively innocent as well but in fact is quite perilous, given the fact that it was all done in real life. Near the end of this sequence, Chan snowboard-jumps off a cliff straight into the landing skids of a helicopter waiting in midair. If the helicopter was just a few feet higher or lower, then the result would have spelled utter disaster, since Chan needed to safely avoid any contact with the rotors and then land onto the landing skids for this stunt.

4 Skyscraper Slide — Who Am I

The slide down a skyscraper in Who Am I must be one of the most famous Chan movie stunts of all time, mostly because of its absurd visual grandness that was incomparable to anything seen in cinema at the time. The 1998 movie features a plot reminiscent of The Bourne Identity, presenting Chan as a character who has lost all memory of his life and identity. However, as a secret military operative in his real life, he is in fact trapped as a loose end in a powerful conspiracy.

Who Am I is a complete entertainment package featuring the best of Chan’s comedic style with well-executed thrillers. In this stunt, Chan jumps off a landmark building in South Africa, known as the Willemswerf building. The skyscraper has a very steep slope on one side that is just a few degrees away from being a complete vertical. Chan’s character jumps off this slope to escape the villains. The outtakes show that he was using safety ropes to make this jump, but it is still a terrifying feat nonetheless.

3 Crashing Into a Helicopter — Police Story 3

It seems Chan has quite a perilous relationship with helicopters. This scene from Police Story 3 didn’t exactly make it to the final cut of the movie, but a terrible blunder during the shooting resulted in a helicopter crashing into Jackie Chan — quite literally. The stunt takes place at the end of a lengthy sequence in which Chan’s character trails a fleeing helicopter by holding onto a length of rope ladder trailing down from it. The chase sends Chan through at least one billboard and ends up at the train tracks, where the helicopter crashes atop one a train compartment.

In the subsequent fight scene, Chan accidentally gets stuck on a horizontal pole and almost gets minced by the crashed helicopter’s still-spinning rotors. It’s a hair-raising moment in the entire sequence. A failed take of this very stunt left Chan stuck to the pole, helpless to avoid the oncoming collision with a helicopter nose. The crash left him with fractured ribs and torn shoulder muscle ligaments.

The 1983 film Project A was a formative point in Chan’s career. Most notably, it marked the formation of Chan’s legendary stunt team, and also displayed a clearer vision for the action style for which he would later be renowned. The clock tower scene is another one of Chan’s most famous stunts, mostly because of its similarity to the iconic stunts of silent movie actor Harold Lloyd. Chan claimed in an interview with the SCMP that he hadn’t yet seen the works of Lloyd and Buster Keaton at the time he made this film. Regardless of whether this stunt was inspired by the silent movie pioneers, it remains impressive all the same.

The stunt features a tense scene in which Chan struggles to grip onto a clock tower’s hands, before falling straight down three storeys, through two canopies, to cold, hard ground. The movie captures the entire fall in one uncut take, and fully captures the awful twist to the next that Chan had to endure. He suffered a broken neck as a result of this stunt, but had to get up and deliver a few lines of dialogue before the scene could be cut.

The mall slide from the first Police Story movie may be called the riskiest and most ambitious stunt of Chan’s career. Not only did he jump down the entire height of a mall, but he did so without any safety wires and no padding. To add to that, there were even more factors that posed a serious risk to Chan’s life and well-being. The lights, which had to be powered by the mall’s power supply, could potentially electrocute Chan on his way down, too.

Chan and his team had no opportunities to rehearse this jump, as the filming team was under pressure to wrap up in time so that the mall could be opened in the morning. Chan shared in a retelling of the day to IGN that one of his stuntmen actually put a religious charm in his pocket right before the cameras started rolling. The stunt resulted in burns to Chan’s hands and spinal fractures. Despite the severity of the injuries, Chan had to get right back up to keep the sequence going.