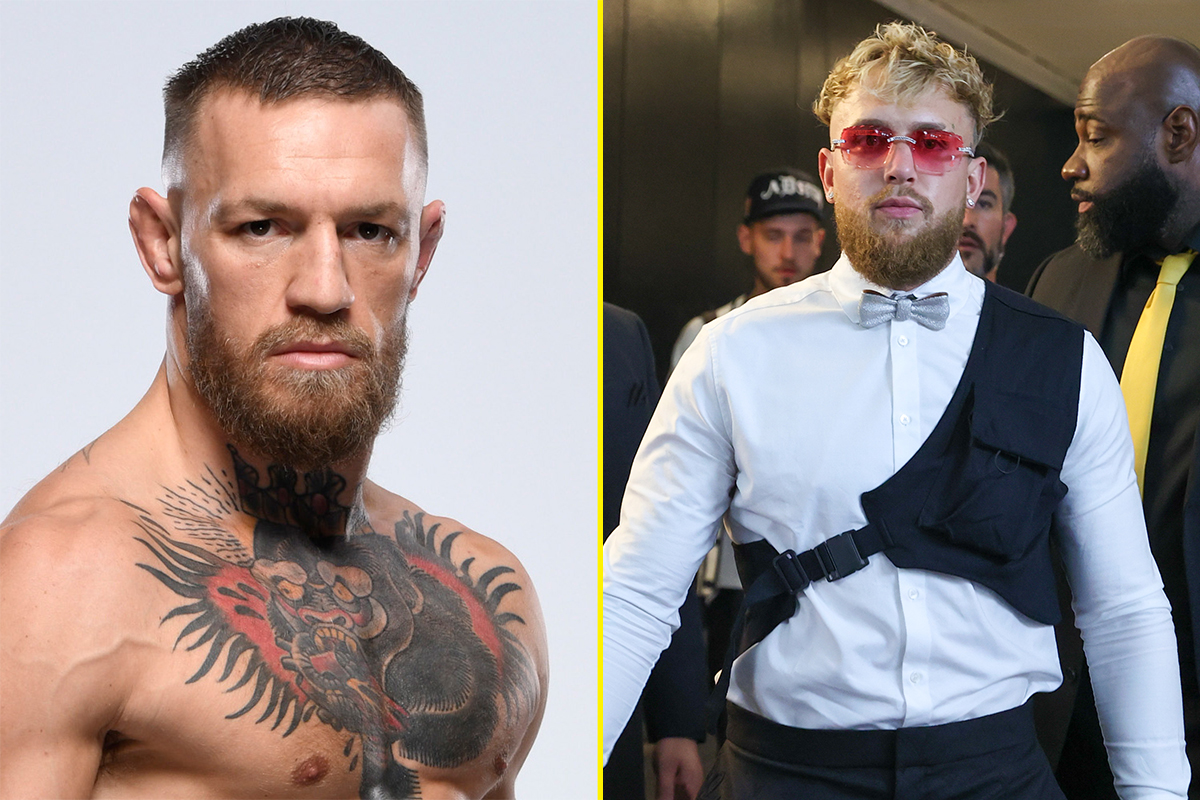 YouTuber-turned-boxer Jake Paul has been gunning for Conor McGregor since he started his professional career in combat sports.

And almost three years on from his first pro bout, Paul is a 5-0 boxing prospect who is due to square off against MMA legend Anderson Silva in a 187lb catchweight bout on October 29.

If he is victorious against Silva, big fights with Tommy Fury and Nate Diaz are on the table for ‘The Problem Child’, who previously named McGregor on his ‘hitlist’ of dream opponents.

But in an ideal scenario the 25-year-old wants to fight McGregor, who has only ever boxed professionally once and that was against Floyd Mayweather, who stopped him inside ten rounds back in 2017.

“I think the biggest fight there is McGregor,” Paul told SunSport.

“Just because the press conferences would be off the charts. And from a boxing perspective, it’s a very high-level bout.”

While Mayweather and Tyson would be more respectable names on his record, Paul believes ‘Money’ has no interest in boxing professionally again and ‘Iron Mike’ is a bit too old at this point.


Chisora might give Fury ‘better fight’ than Joshua, claims promoter

“I don’t think Floyd would fight me in an actual bout, which would decrease interest,” he added.

“Mike Tyson is older, it’s obviously still huge but that’s why I think McGregor is the biggest name there, for sure.”

Mayweather retired after beating McGregor in August 2017 but has since been topping up his bank account by taking lucrative exhibition fights against internet celebrities and MMA fighters – he’ll fight YouTuber Deji on November 13.

Tyson returned to the ring in a 2020 exhibition with fellow legend Roy Jones Jr but the 56-year-old has shown no interest in fighting again two years later.

While a fight with KSI is not at the top of his list, Paul believes they must eventually scrap to settle their differences.

Paul added: “I think the KSI story needs an ending, it just keeps continuing and it’s right there.

“And that’s the one that everybody wants. I would also avenge my brother’s loss.”

KSI returned to the ring in August for the first time since picking up a win over ‘The Maverick’ in his professional boxing debut three years ago.

The Brit made up for the lost time by knocking out both rapper Swarmz and professional boxer Luis Alcarez Pineda on the same card before announcing he will fight again in January 2023.

Paul is certainly not short of options at this point.

However, it appears unlikely that McGregor will return to the ring anytime soon after shutting down talk of a rematch with Mayweather and announcing his intention to win the UFC welterweight title when he returns from injury in 2023.