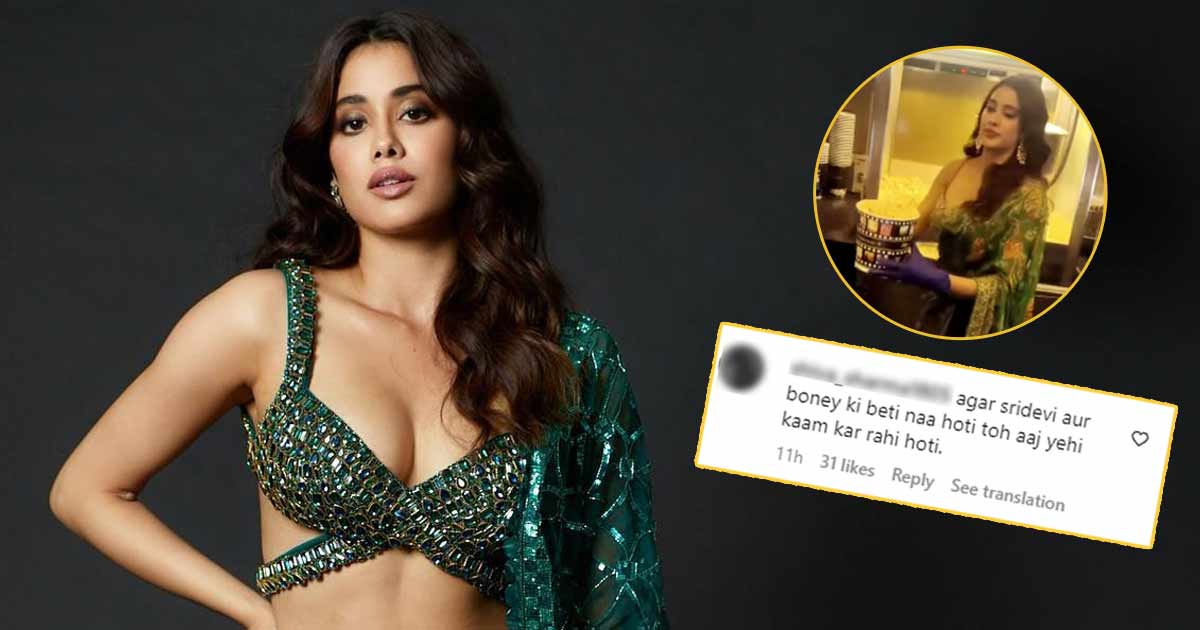 Janhvi Kapoor has been actively promoting her upcoming film Mili. The survival thriller has been directed by Mathukutty Xavier and is backed by her father Boney Kapoor. It is a remake of the Malayalam film Helen and also stars Manoj Pahwa and Sunny Kaushal in leading roles. Scroll below to know why netizens have been unnecessarily targeting the actress.

As most know, the promotional spree for Mili is already ongoing. The film is releasing on 4th of November and the team has been travelling to different states to create awareness. Owing to the same, Janhvi recently flew to Delhi along with the star cast.

A video is now going viral where Janhvi Kapoor could be seen dressed up in a green saree. The actress was spotted at a theatre in Delhi and could be seen wearing gloves inside the food arena. She then filled a bucket with popcorn and served the same to a customer.

The promotional strategy for Mili is quite smart but a section of users began trolling Janhvi Kapoor over it.

Will you watch Janhvi Kapoor led Mili in theatres?