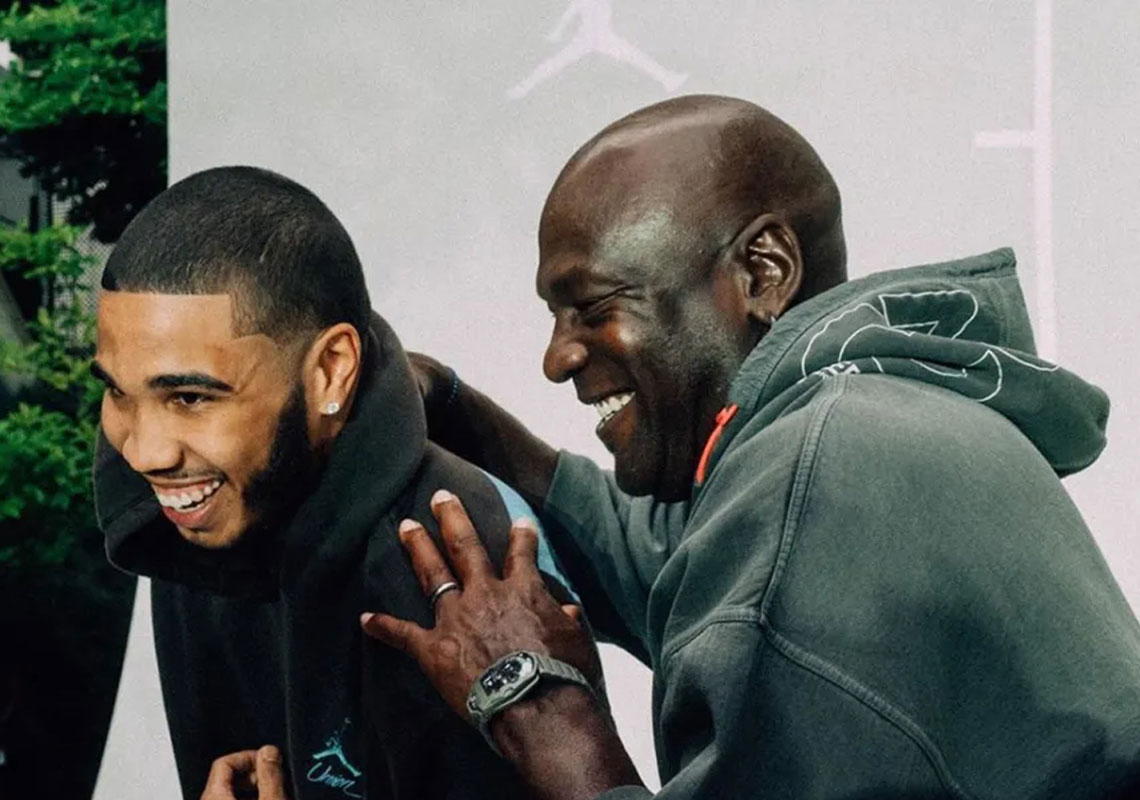 After confirming via the Knuckleheads podcast last December that he would soon be receiving his first signature sneaker from Jordan Brand, Jayson Tatum revealed recently in his interview with Graham Bensinger that the Jordan Tatum 1 is set to debut in March.

Marking a new dawn across the League, Tatum joins Zion Williamson and Luka Doncic as the next generation of NBA superstars sporting the Jumpman insignia via their signature silhouettes.

Having signed with The Swoosh to start his career, Tatum made the neighboring move to Jumpman back in 2019 and has since proffered some of the lines most captivating storytelling on the hardwood in recent memory. From his “Taco Jay” monicker to his off-court passions such as Ford Mustangs and reading to his son at night, Tatum’s boastful collection of PE’s is more than enough evidence that his first sneaker will be chock full of personal expressions.

While he’s remained the lone spokesperson for the silhouette as the Beaverton-based brand works behind the scenes putting on the finishing touches, the three-time All-Star and his Celtics have jumped out to an early 4-2 start to the season. Flashes of the roster returning to the promise land to finish what was started last year linger while Tatum dices up defenses on a nightly basis in a myriad of Jordan 36’s, giddy in anticipation to debut the model that currently sits in his home next spring.

For more under the NIKE Inc. umbrella, check out the latest offerings of the Nike LeBron 20.