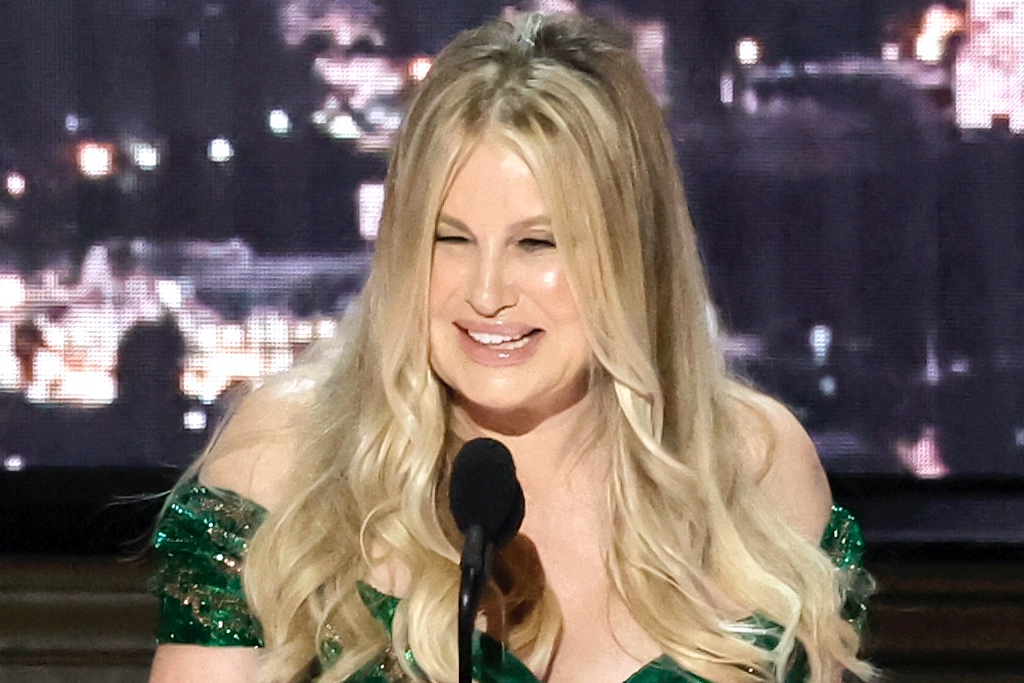 Jennifer Coolidge made a radiant statement while accepting her first-ever Emmy Award on Monday night. The “White Lotus” actress is now the recipient of the Outstanding Supporting Actress in a Limited or Anthology Series or Movie trophy, following her hit portrayal of Tanya McQuoid on the HBO drama series.

For the occasion, Coolidge arrived onstage in a formal off-the-shoulder gown. The slim-fitting piece gained a further splash of glamour from shimmering allover sequins, arranged in swirling patterns of metallic gold and deep emerald green. Completing the “Legally Blonde” actress’ look were gold earrings, as well as a matching thin bangle bracelet and layered rings.

When it came to shoes, Coolidge’s footwear wasn’t visible beneath her gown’s floor-length hem. However, it’s likely the star’s outfit was finished with a pair of coordinating or matching platform heels, strappy sandals or pumps in a green or gold tone, similar to her dress. The streamlined fashion styling trick is a longtime go-to for Coolidge on the red carpet, and proved to be a popular move as well at the Emmys for stars including Amanda Seyfried, Oprah Winfrey and Lily James.

The Emmy Awards celebrate the top performances and programs in television. This year’s ceremony, held at the Microsoft Theater in Los Angeles, will be hosted by Cedric the Entertainer. HBO’s “Succession” is leading the annual event’s 2022 nominations with 25 nominations, followed by  “Ted Lasso” (20), “The White Lotus” (20), “Hacks” (17) and “Only Murders in the Building” (17).

Discover all the red carpet arrivals at the 2022 Emmy Awards in the gallery.