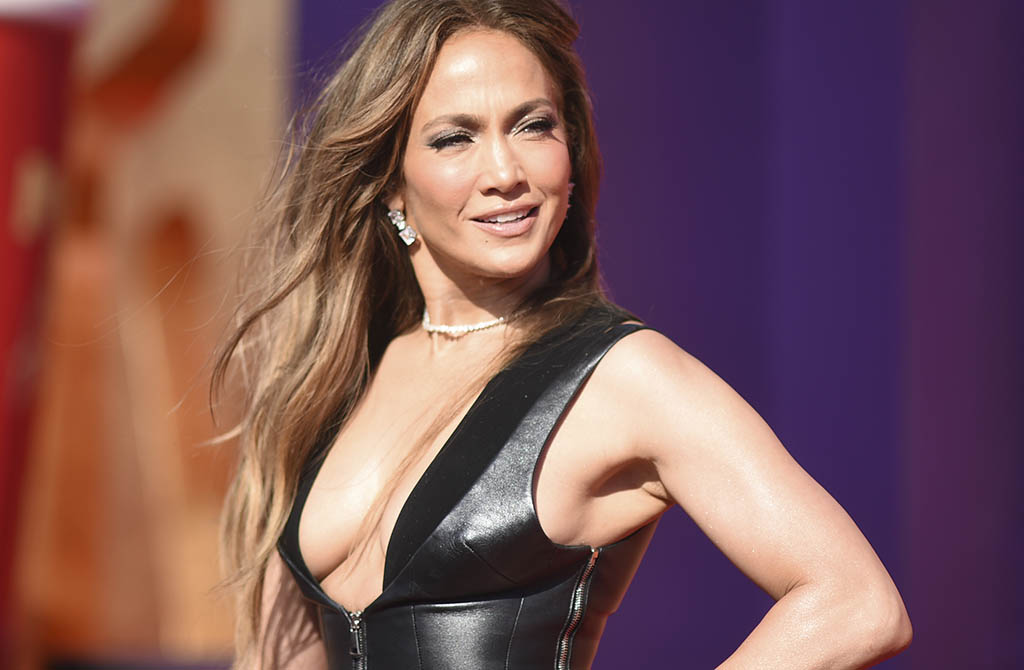 Jennifer Lopez could give a masterclass on red carpet fashion. After all, the star’s red carpet style was literally the inspiration for Google Images because everyone wanted to see that Versace jungle dress from the 2000 Grammys. More than two decades after that iconic style moment, Lopez is ready to inspire more image searches with her latest red carpet look.

To attend the MTV Movie & TV Awards today in Los Angeles, the 52-year-old star wore a black dress by Mônot featuring a leather top that was equal parts sexy and edgy. The dress featured a leather vest-like top with a statement zipper down the front and an ultra-low V-neck. The bottom of the dress featured a fitted black column skirt with cutouts at the hip, amping up the attitude. For footwear, Lopez wore black platform 7-inch heels with a clear PVC strap across the toes.

Lopez wore her hair down in her signature loose wave style, favoring her classic makeup look featuring a smoky eye and nude lip. For jewelry, Lopez wore chunky diamond drop earrings, a diamond cuff, and a simple diamond choker. She carried a small black clutch, which coordinated perfectly with her dark look.

During the award show, Lopez won Best Song for “On My Way,” which was recorded for the film “Marry Me.” The film, which was released in February, stars Lopez and Owen Wilson. Lopez will also receive the Generation Award during the show, which “celebrates beloved actors whose diverse contributions to both film and television have turned them into household names,” according to MTV. Past recipients include Scarlett Johansson, Dwayne “The Rock” Johnson, Will Smith, Reese Witherspoon, and more.

The MTV Movie & TV Awards on June 5 in Los Angeles honor the year’s best television and film in a fan-voted award ceremony. This year, “Spider-Man: No Way Home” leads the pack with seven nominations, while “Euphoria” is a close second with six nods. Two new categories were also added for the 2022 ceremony: Best Song and “Here for the Hookup.” Vanessa Hudgens hosts this year’s ceremony, which marks the 30th year of the awards show. As always, winners will go home with a coveted golden popcorn trophy. The main awards show is followed by the second annual MTV Movie & TV Awards: Unscripted, which was prerecorded on June 2 and honors the best of reality TV, talk shows, and documentaries.