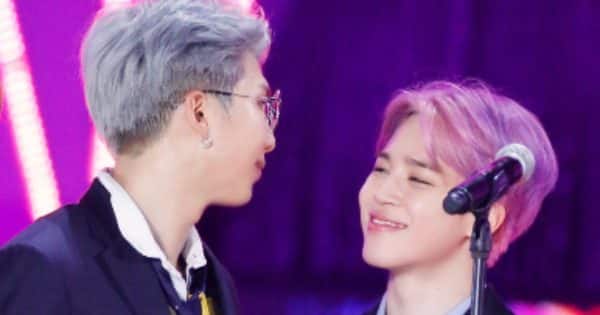 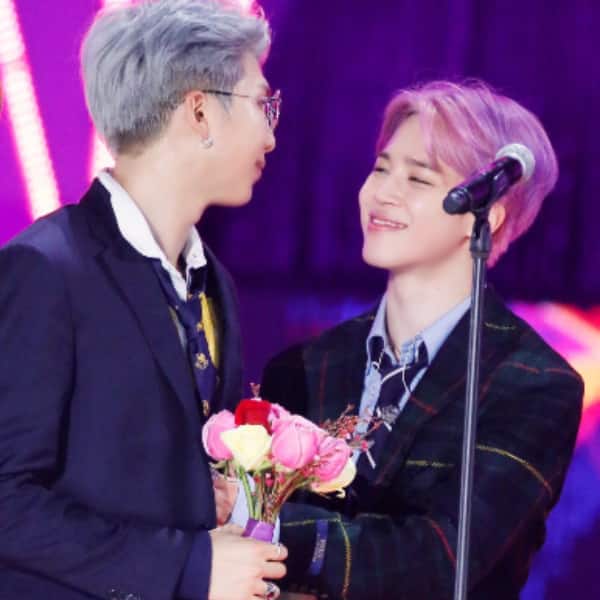 BTS leader RM aka Kim Namjoon celebrated his birthday today. Fans of the K-Pop band ARMYs started the party on social media since yesterday midnight (in Korea). The head of the band, RM aka Kim Namjoon also shared pics from his midnight birthday celebrations that included candles and a cookie cake. He revealed that he became emotional with the number of birthday wishes he received, and started crying which is why his face looked a bit bloated. BTS members J-Hope and SUGA were the first to wish him on social media. Jin is away in Los Angeles for the reported shoot of a music video, and one photoshoot for Elle magazine. Also Read – Namjoon Birthday: From RM’s solo album to Bangtan Boys’ MV projects and more – BIG REVEALS from BTS leader’s live

Jimin has finally wished RM on Weverse. He said that he was busy recording which is why he could not wish him earlier. #Minimoni are one of the most adored duos of BTS. RM aka Kim Namjoon spoke about how the members spoke to him about writing lyrics in English. Jimin has revealed that he is recording and fans can sense that his first album is coming out soon. He said that seeing his members work on solo works had motivated him immensely. Though he found lyric-writing tough, he was giving it his all. He was also in the US where he met some American music producers along with BTS’ in-house producer PDogg. Also Read – Trending Hollywood News Today: BTS leader Kim Namjoon aka RM’s birthday celebration, Kim Kardashian interested in joining MCU and more

Jimin’s way of saying “I’m sorry I didn’t greet you on your birthday” is so cute ? Go JIMINSHIIIIIII #minimoni pic.twitter.com/bwHfC0amXp