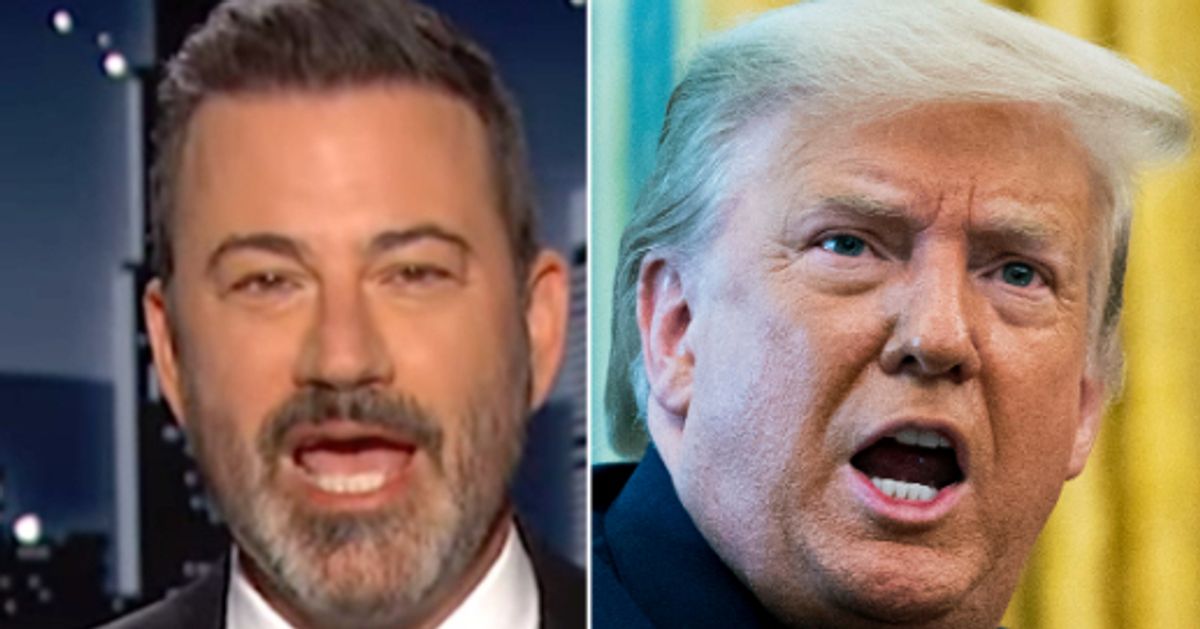 “Just when you think you’ve seen Donald Trump at his Trumpiest, he shows up at a funeral and sets a new world record for ridiculousness,” Kimmel said Monday, noting that the ex-president barely mentioned Diamond, aka Lynette Hardaway, who died earlier this month at the age of 51.

Trump, he said, “almost spoke about her” during a lengthy speech full of personal grievances. At one point, he bragged about the mocking nicknames he’s given to his political rivals, such as calling Sen. Elizabeth Warren (D-Mass.) “Pocahontas.”

“That person was our president,” Kimmel said in disbelief. “This was a funeral. It was a Tone-Def Comedy Jam!”

Kimmel said the “crazy thing” about the speech is that Trump himself “thinks it went great.”