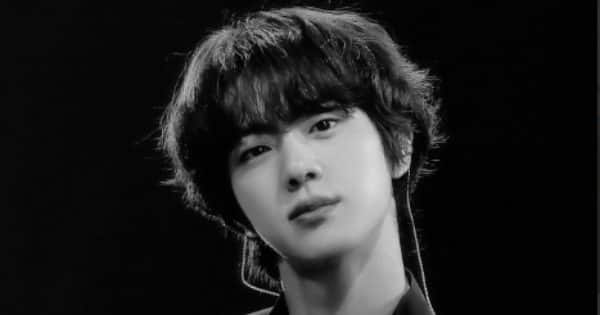 BTS member Jin aka Kim Seokjin is going to the military in a couple of days. He is the eldest hyung of BTS and had to complete his military training this year. BTS revealed that going to the military was something on their mind since the pandemic. But they did not go as they wanted to be with ARMY in the coronavirus phase. The vocalist will be enlisting at the military academy at Yeonchan. It is in the Gyeonggi Province. Now, Korea One news has reported that the military administration is stepping up to make sure that Jin gets maximum security. We are hearing how hotels around the military base are being filled up. Even local merchants are catering to a sudden surge of tourists. Also Read – BTS: Jin aka Kim Seokjin takes us through the Super Tuna journey; his unbridled excitement on catching a real bluefish tuna is unmissable

It seems only people who are enlisting and their family will be allowed inside the premises. The military academy has sealed off the main gates for others. Moreover, they have taken help of the local police to fortify the premises. This is being said by local Korean media. Around 270 cops will be deployed there. Plus, they are organising a local task force to make sure that there is no crowding. The Government is under flak for the horrific tragedy in Itaewon, Seoul that led to loss of 150 plus more lives. Crowd control has become need of the hour. This is what a fan shared on social media… Also Read – BTS: Kim Taehyung and Jungkook hang out with Parasite star Choi Woo-Shik and his brother at a bowling alley [View Pics]

Good news?
K media reports a total of 200 new recruits will enlist that day. This particular training center has its parking lot located inside the Main Gate and ONLY those w/ the og enlistment notice & their family r allowed pass thru the gate to the parking lot, meaning + pic.twitter.com/xuQW2vXDwr

+he can stay in the car all the way to on-site parking lot w/o being seen or being hassled by the public/media outside the gate. Plus, just out of abundance of caution, military authority joined hands w/ local fire dept, police and related local gov offices to beef up security +

+And there will be a comprehensive control center being jointly established and operated by military, fire dept, local gov to keenly monitor and to prevent any unexpected incidents. They are also bringing in ambulances to prepare for any unforseen circumstances.

BTS member Kim Seokjin aka Jin told fans not to gather at the area. This is like a second warning to everyone. ARMYs are worried that everything should go peacefully. This is an emotional moment for every Korean male and his family so they deserve their precious moments together. Also Read – BTS: Jin aka Kim Seokjin is the cutest drunk ever on Youngji’s show; The Astronaut singer makes surprising revelations