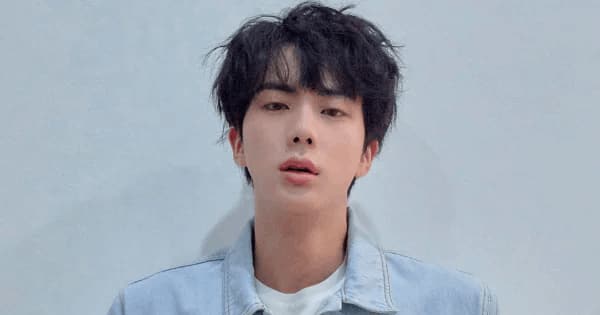 BTS ARMY has got the news that Kim Seokjin aka Jin will be serving in the military in December. It seems he will be there before his birthday which falls on December 4. ARMY is heartbroken knowing that he will be serving in one of the coldest regions of Korea in the front line. The job there involves cleaning up the snow. It is a known fact that Jin cannot bear cold climates. BTS ARMY is just too worried now thinking how he will hold up. Today, they got to see two episodes of Jin in a variety show where he was making traditional wine. BTS members will be heading one by one and the first farewell is going to be the hardest.

Jin aka Kim Seokjin said he had planned to go two years back but the success of Dynamite changed a lot of things. Kim Seokjin aka Jin said that they wanted to be together for fans in the pandemic. The K-Pop sensations had two glorious years with songs like Dynamite, Butter, Permission To Dance and so on. He said he is aware of the abuse hurled at him for trying to evade military duty when he always planned to go. Heartbroken ARMYs are posting such stuff on Twitter…

Seokjin opted to ____ this winter just to be with ARMY for Busan concert last Oct. And that really breaks my heart.

In Korean Army, 최전방 front line means, Gyeonggi-do and northern Gangwon-do. border area in case of war, area close to or adjacent to main front line. FEBA. It’s cold place where you have to clean up snow every day because it snows a lot.#TheAstronaut #Jin pic.twitter.com/SbfYYP6mfQ

Seokjin’s deployment details have not been revealed yet, so we can’t assume or say anything for sure. But yeah he means there’s a possibility he won’t be celebrating his birthday with us.

Hoping he goes and comes back safely through a winter that is warmer than any other ?

It seems the days of training in that area is less. The soldiers also get three days off if they serve more than 21 days. But Jin will be in the high-risk zone where people are in max danger in case of war. ARMYs are stressed, and we hope fortunes favors Kim Seokjin of BTS at every step.