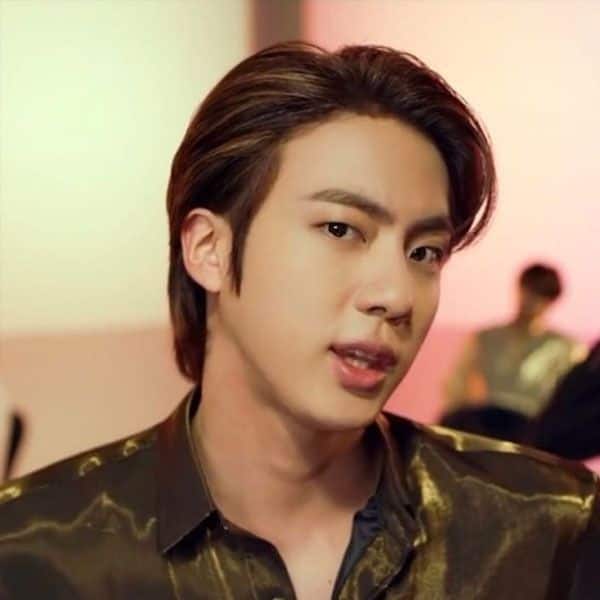 BTS’ Jin was known as the visual king of the boy band. However, his vocals in songs like Butter, Permission To Dance and Epiphany have left music critics amazed. Of late, the septet performed Butter and Permission To Dance on The Tonight Show Starring Jimmy Fallon. The young man looked like a dream but his tenor and intonations wowed musicians all over. American music composer James Osorio has been very vocal in his appreciation of Kim Seokjin. He has said that with his good looks and voice, the young man is perfect for a Disney musical film. He was quoted as saying, “Jin’s intonation is so spot on and his high notes, especially those B4s on ‘worry’, always have resonance and support (and he’s the only one using a belt voice on that part!). A true belting king. My musical director heart is so happy! I would love to see him in a musical like ‘Little Shop of Horrors’, ‘Be More Chill’ or even ‘Frozen’ and ‘Wicked’ (as Fiyero!!!).” Also Read – BTS: Throwback to when RM made us go aww over his cuteness as he responded to a flirty fan — watch video

This was not all. Osorio said it was like a dream to see him in a Disney musical before he died. He further said, “I need to see Jin in a musical before I die. Haha. I mean it’s not farfetched! He studied acting in college and he sings and dances…so…Because not only is he dancing but also has to constantly hit G#4s in proper intonation, resonance, and support. That’s already high for tenors. He has a very good contemporary pop tone! Hence why I think songs from ‘Be More Chill’ or any male lead Disney song suits him.” Also Read – OMG! You’ll never believe what inspired Suga to become such a talented songwriter

Kim Seokjin’s vocals are getting more noticed by the global community. He has been placed in a social music list along with the likes of Ariana Grande and Louis Tomlinson. Belting is a very tough technique. In the West, Mariah Carey and Celine Dion are famous for belting. Jin has surely improved his game, and this kind of praise should warm the hearts of BTS fans. Also Read – BTS: Here’s what we know about the makeup products the K-pop stars like to use

Eviction Moratorium Set to Expire After Congress Fails to Extend It