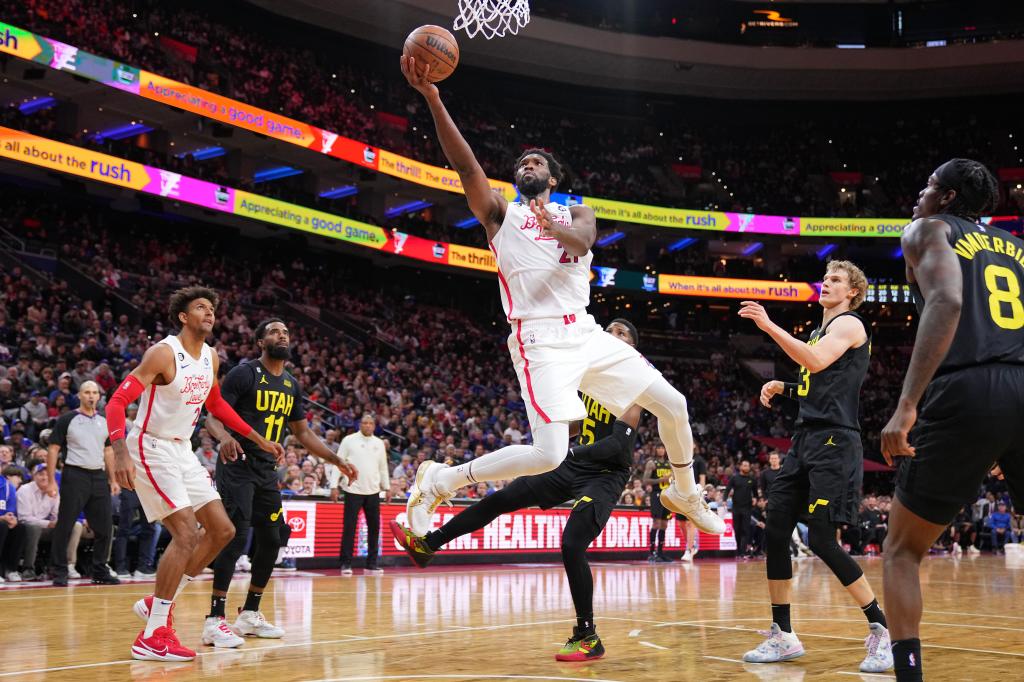 PHILADELPHIA — Joel Embiid scored a career-high 59 points and added 11 rebounds, eight assists and seven blocked shots in a historically dominant performance, carrying the Philadelphia 76ers to a 105-98 victory over the Utah Jazz on Sunday night.

Embiid has clearly rounded back into form over the last week after recovering from an illness. The reigning NBA scoring champion dropped 42 points a night earlier in a win against Atlanta.

Embiid scored 26 of Philadelphia’s 27 points in the fourth quarter and he became the first player in NBA history with 50 points, 10 boards, five rebounds, five assists and five blocks in a game since blocks became an official stat in 1973-74.

With the Sixers up 101-98 and 1:19 left, Embiid blocked Collin Sexton’s driving layup and then the All-Center came right down and hit a little jumper that sealed the victory.

Embiid shook off nagging injuries to post his breakthrough game of the season on the second night of a home back-to-back. He made 19 of 28 shots from the floor, 20 of 24 free throws and kept the Sixers from folding against the upstart Jazz.

Tyrese Maxey chipped in 18 points for the Sixers but they had only 10 points from their other three starters. Embiid scored 13 points in the first quarter, 11 in the second and nine more in the third.

He had Sixers fans chanting “MVP! MVP! and one yelled “He’s gonna get 60!”