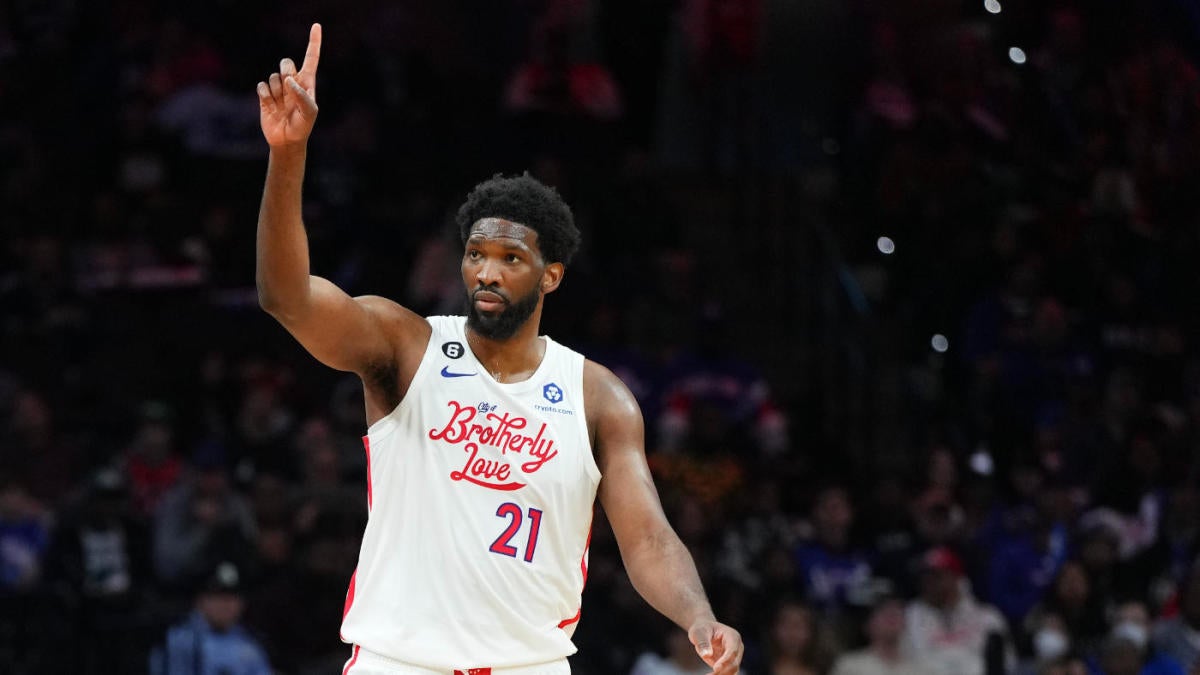 With a performance like something out of video game, Joel Embiid single-handedly led the Philadelphia 76ers past the visiting Utah Jazz on Sunday night, 105-98. Embiid finished with a career-high 59 points to go along with 11 rebounds, eight assists and seven blocks.

Embiid is the first player in NBA history to put up at least 50 points, 10 rebounds, five assists and five blocks in a game — at least since blocks became an official stat during the 1973-74 season. His 59 points were also the most for any Sixers player since Allen Iverson put up 60 in 2005.

The Sixers needed every single bit of Embiid’s effort on Sunday with James Harden still out of the lineup and the rest of the roster struggling to put the ball in the basket. Tyrese Maxey (18 points on 8-of-24 from the field) was the only other player in double-figures. Between his own points and those he generated off assists, Embiid was responsible for 78 of the Sixers’ 105 points.

In the fourth quarter, Embiid took his one-man act to new heights. He was the only Sixers player to make a basket in the frame, posting 26 of their 27 points, and he outscored the Jazz by himself. Embiid finished the fourth with 26 points on 7-of-8 from the field and 12-of-15 from the free throw line. Utah’s front line of Lauri Markkanen and Kelly Olynyk have been playing well this season, but they were no answer for Embiid down the stretch once he really started throwing his weight around.