John Cena SPILLS the beans on how Vin Diesel got him on board; REVEALS crucial deets about his character 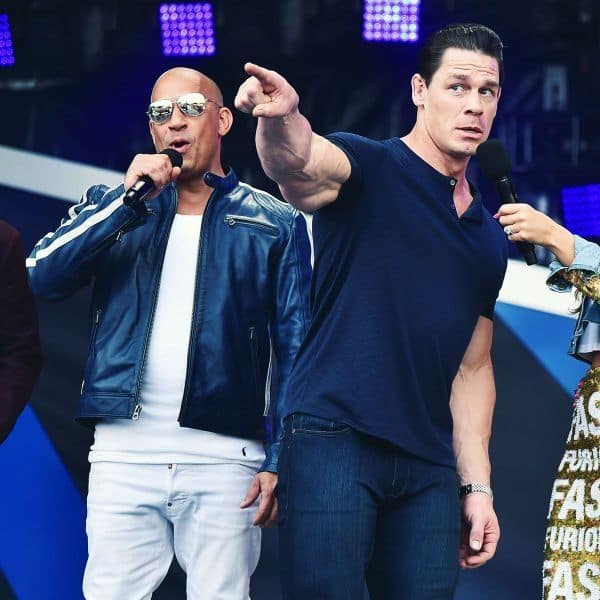 With Fast and Furious 9, The Fast family is back for more high-octane thrills and insane vehicular madness, all wrapped up with colourful characters and exotic locations from around the world. In the upcoming film, we see Vin Diesel’s Dominic Toretto and Michelle Rodriguez’s Letty are content with a quiet family life completely off the grid with young Brian. Until that is, they get drawn back into a world filled with danger and action, this time facing a dangerous threat, one that resurfaces old wounds for Dom in particular. Also Read – BREAKING! Vin Diesel and John Cena’s Fast & Furious 9 FINALLY gets an India release date – here’s when it will hit the big screen

John Cena joins the Fast team to play Jakob Toretto, Dom’s long-lost younger brother and one burning with vengeful feelings towards him. Talking about how the Fast team approached him for the role, the wrestler/actor expressed how it seemed somewhat a miracle for him. “I was approached to meet Vin on multiple occasions. He just wanted to get to talk and get to know me. And those conversations led to him enquiring if I wanted to be welcomed into the family. And eventually, he offered me the role of Jakob Toretto. Which, starting with the beginning of that statement: someone reached out and wanted me to meet Vin Diesel is so mythical and then the events thereafter are just so unpredictable, just so insane. It’s all surreal, man. It’s been a long time coming, but Fast & Furious 9 is finally about to be released in theatres and the surreal is about to become very real, very soon,” he said. Also Read – Kristen Stewart-Robert Pattinson, Khloe Kardashian-Tristan Thompson and more Hollywood celebs who gave their cheating partners a second chance – view pics

Talking about his character Jakob, Cena added, “My skillset includes being stronger, faster, more intelligent than Dom. So, for the first time Dom has a foe that not only possesses all of his skills, but at a greater capacity. Yet I think here’s the kicker, and I really do love this: I also represent Dom’s past. And there could be that people will take the stance that there’s a metaphorical symbolism that you truly can’t run away from your past. And if you’re not ready to confront certain parts of it, you’re eventually going to have to if you want to move forward. And here we have Dom Toretto experiencing the early stages of fatherhood, but he reaches – pun intended – a roadblock because he’s unable to approach this moment in his past. I like the fact that the past he hasn’t confronted is his bloodline family and the fact that he now faces an adversary that is more skilled than he in every way.” Also Read – After nude photoshoot, preggers Cardi B now shares bare bump video capturing her baby moving inside her – watch

F9 is directed by Justin Lin, who also co-wrote the screenplay with Daniel Casey. It is the sequel to The Fate of the Furious (2017), the ninth main instalment, and the tenth full-length feature film to release overall in the Fast & Furious franchise. Vin Diesel, Michelle Rodriguez, Tyrese Gibson, Jordana Brewster, Chris Bridges (aka Ludacris), Nathalie Emmanuel, Helen Mirren and Charlize Theron will reprise their roles. As far as the fresh faces go, John Cena joins Cardi B and Ozuna to add to the star-studded lineup.

Fast9 to slated to release in cinemas across India on 5th August in English, Hindi, Tamil, Telugu and Kannada if the COVID-19 pandemic situation permits.

Eviction Moratorium Set to Expire After Congress Fails to Extend It