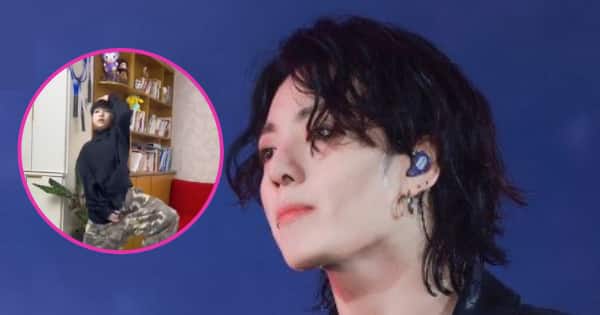 Run BTS is one of the best songs from BTS‘ anthology album Proof. When the album dropped in June this year, Run BTS quickly became everyone’s favourite song. So much so that the BTS ARMY would wonder if they’d ever get a performance or a choreography of Run BTS, just like For Youth and Yet To Come which were also a part of Proof. BTS had performed Yet To Come and For Youth at various South Korean variety shows and the BTS ARMY were waiting for the Run BTS performance which they got at the Busan concert. And the choreo is the talk of the ARMY town. A young kid did a dance cover of Run BTS and the Bangtan Boys need to stop and watch him, for real.

A video of a young kid is going viral and is the talk of the Twitter town and Hollywood News. He is seen performing the complex Run BTS choreography performed by the Bangtan Boys – RM, Jin, Suga, J-Hope, Jimin, Taehyung and Jungkook. The little kid has mastered the moves so well and oozes so much swag that he looks like he’s drunk on the energies of the Bangtannies from the Yet To Come Busan Concert. The swag with which he performs Run BTS looks effortless and so easy-peasy. And someone needs to send this video to the Bangtan Boys ASAP.

this #BTS_RunBTS dance challenge tiktok is currently blowing up! hype this & all tiktoks you see doing this dance! pic.twitter.com/a2n8NIidsZ

Jungkook’s portion in Run BTS is a huge hit

It was for the first time that the BTS members performed Run BTS at the Yet To Come Busan concert. It was the trending big time for several days. Thankfully, the choreography and the performance was shared on Bangtan TV’s Youtube channel. ARMY now binge-watches the performance every day. Jungkook’s portion, the centrepiece is the most played part in the video.