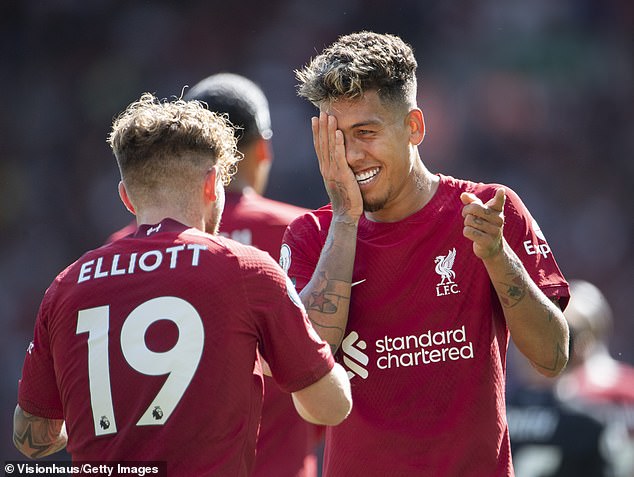 Jurgen Klopp insists his plan was not to ‘humiliate’ Bournemouth after his Liverpool side beat them 9-0 at Anfield, and praises his side for scoring ‘wonderful goals’

By Michael Rudling For Mailonline

Jurgen Klopp has said his aim was not to ‘humiliate’ Bournemouth after his Liverpool side beat them 9-0 at Anfield on Saturday.

The Reds put their poor start to their Premier League season behind them as Roberto Firmino and Luis Diaz both hit braces against the newly promoted club.

The scoreline equaled the record previously set by Manchester United and Leicester (both times against Southampton) for a Premier League victory margin. 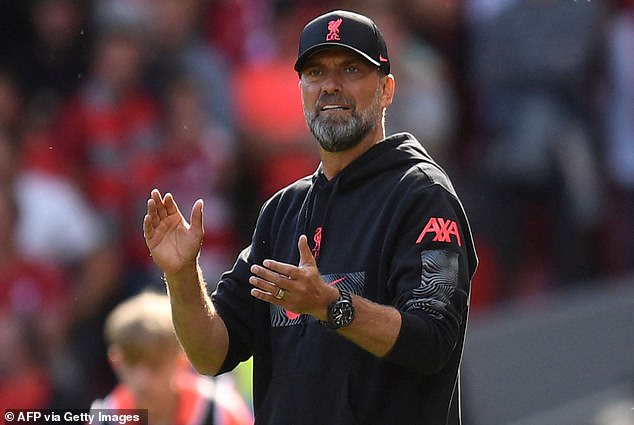 Speaking after the game, Klopp said: ‘We wanted to show a reaction. Be ourselves. Getting to be the best version of ourselves. We play a specific way.

‘We scored wonderful goals. The game settled and we kept scoring. It was about keeping going.

‘Not to humiliate Bournemouth, we couldn’t respect them more. It’s about putting the opponent under pressure. I could bring on the kids, they deserve it so much. Harvey is a special player, wonderful goal. Everything was perfect pretty much.’ 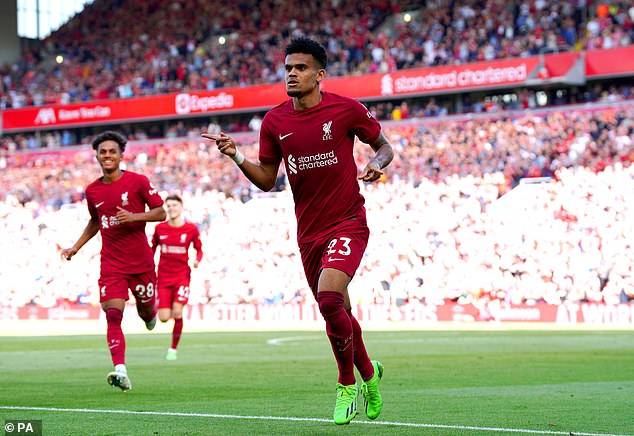 The win will be an important one for the Reds manager as he tackles a mounting injury crisis.

Liverpool currently have 10 players unavailable through injury and suspension, and Klopp recently admitted for the first time that his side may need to bring in another midfielder.

They are next in action against Newcastle at Anfield on Wednesday night.