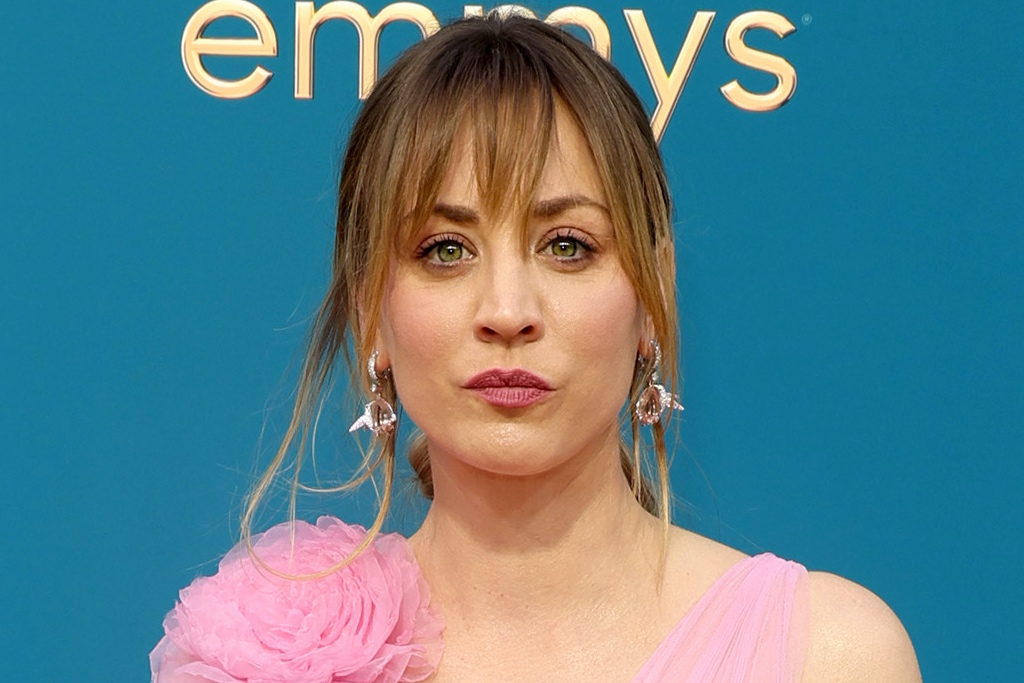 The “Flight Attendant” star posed on the red carpet in a custom pale pink gown by Dolce and Gabbana. The high-low tulle number featured a minidress silhouette with a flared train, topped with 3D floral embellishments in numerous shades of pink. Completing her outfit, styled by Brad Goreski, were sparkling pink diamond drop earrings and a gold and diamond fox-shaped ring by Boucheron.

Cuoco’s all-pink outfit notably tapped into fashion’s current “Barbiecore” trend, where traditionally feminine shades of pink have been reinvented to focus on the feminist women of today.

When it came to shoes, Goreski completed Cuoco’s “Ballerina Barbie” outfit — as he referred to it on Instagram — with a set of whimsical Stuart Weitzman sandals. The shiny pink set featured secure uppers with thin soles, ankle and toe straps. Completing the pair were 4-inch stiletto heels, as well as crystal-covered bows topping each toe for a sprinkle of romantic glamour.

Cuoco’s footwear fit into the metallic shoe lineup that was one of the night’s top red carpet trends. Leather styles in strappy, platform and stiletto-heeled silhouettes were worn in a variety of hues for the occasion, as seen on Lily James, Amanda Seyfried, Connie Britton, Sofia Vergara and more stars.

The Emmy Awards celebrate the top performances and programs in television. This year’s ceremony, held at the Microsoft Theater in Los Angeles, will be hosted by Cedric the Entertainer. HBO’s “Succession” is leading the annual event’s 2022 nominations with 25 nominations, followed by  “Ted Lasso” (20), “The White Lotus” (20), “Hacks” (17) and “Only Murders in the Building” (17).

Discover all the red carpet arrivals at the 2022 Emmy Awards in the gallery.