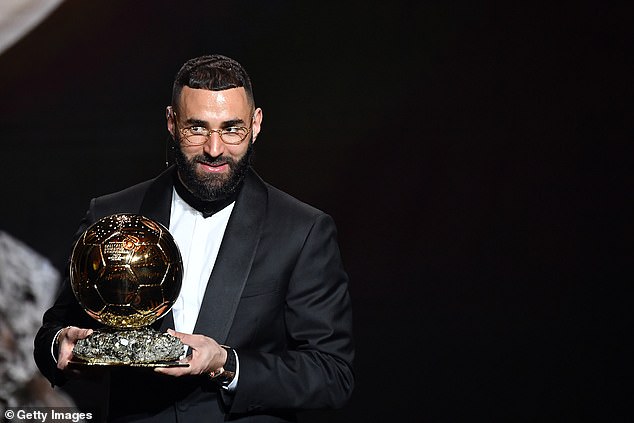 By Michael Rudling For Mailonline

It is the second biggest win in the award’s history, topped only by Cristiano Ronaldo’s win by 429 votes in 2016.

Benzema recorded 549 votes after he hit 44 goals across all competitions for Real Madrid last season, as they won both La Liga and the Champions League. 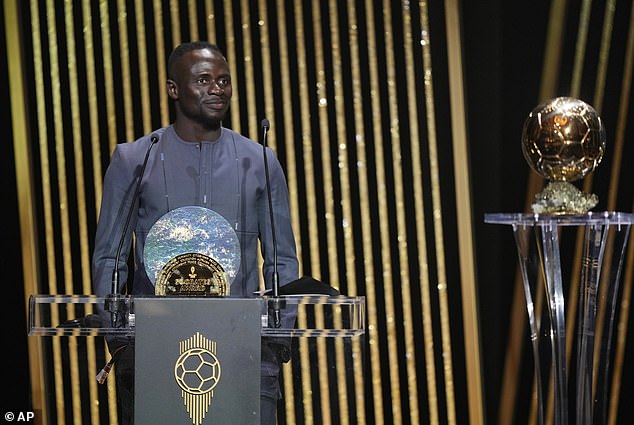 He was particularly impressive in Europe, scoring 15 times in 12 games including two hat tricks.

Kevin De Bruyne came in 18 votes off Mane after his role in Manchester City’s title win, while Robert Lewandowski missed out on the podium by just five votes and Mo Salah came fifth.

There were also a number of Premier League players who received no votes, most notably Ronaldo.

It is the first time in seventeen years the striker has failed to make the podium, who won the most recent of his five Ballon D’or trophies in 2017.

His arch rival Lionel Messi was omitted from the shortlist of 30 altogether, the first time he had been absent since 2005.

England stars Harry Kane, Trent Alexander-Arnold and Phil Foden also propped up the shortlist after failing to receive a vote. 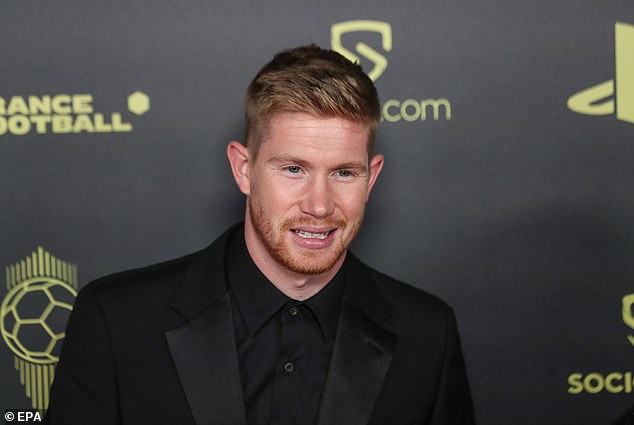