On Saturday afternoon, Kate Middleton honored the late Queen Elizabeth by wearing one of her favorite jewelry pieces to a lunch reception at Buckingham Palace. The newly named Princess of Wales was photographed wearing the Queen’s famous three-strand pearl necklace. The piece was one of her favorites and she wore it almost daily.

A royal source confirmed with Entertainment Tonight that it was indeed the same necklace and that Kate was wearing it with a pair of pearl and diamond earrings and a pearl bracelet that also belonged to Elizabeth. 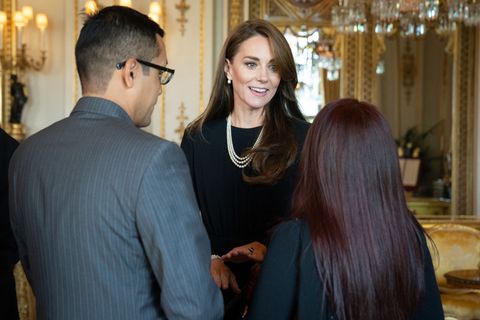 The luncheon was attended by King Charles III, Camilla, Queen Consort and Prince William as well, and was held to host the governors-general of the Commonwealth nations. They have arrived in anticipation of the queen’s state funeral which will be taking place on Monday September 19. Other heads of state from around the world are expected to attend, including Emmanuel Macron, Justin Trudeau, and Joe Biden.

The Queen had an extensive jewelry collection at the time of her death, though the crown jewels technically belong to the state. Her private collection will likely be divided amongst her family, though royal expert Katie Nicholl told ET that first choice would traditionally go to the Queen Consort, Camilla. But it looks like either Camilla passed on the pearls or they were intended for Kate all along. 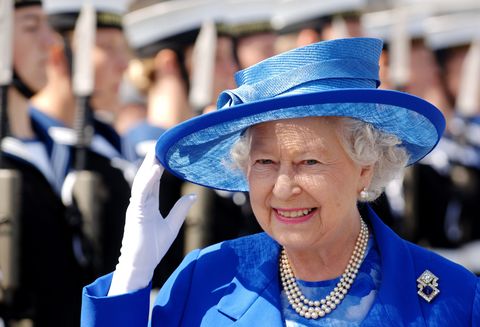 “There is a hierarchy in all of this,” Nicholl said. “The Queen Consort, really, gets first choice of the queen’s jewelry. And after that is Princess of Wales, of course, Kate [Middleton]. The Duchess of Sussex, I’m sure, will come in for some jewelry at some point, but she is much further down the pecking order.”

It is unknown how much the Queen’s private collection is worth as those pieces have not been publicly accounted for and appraised. Queen Elizabeth also received many of her jewels as gifts throughout her life, attaching both historical and sentimental value to them. Nicholl says that essentially makes the collection “priceless.”

Before her grandmother-in-law’s death, Kate had been seen wearing her jewelry, including a pair of diamond and sapphire earrings at a gala dinner at the Victoria and Albert Museum in London in 2015. Clearly, Elizabeth enjoyed seeing Kate in her jewels.