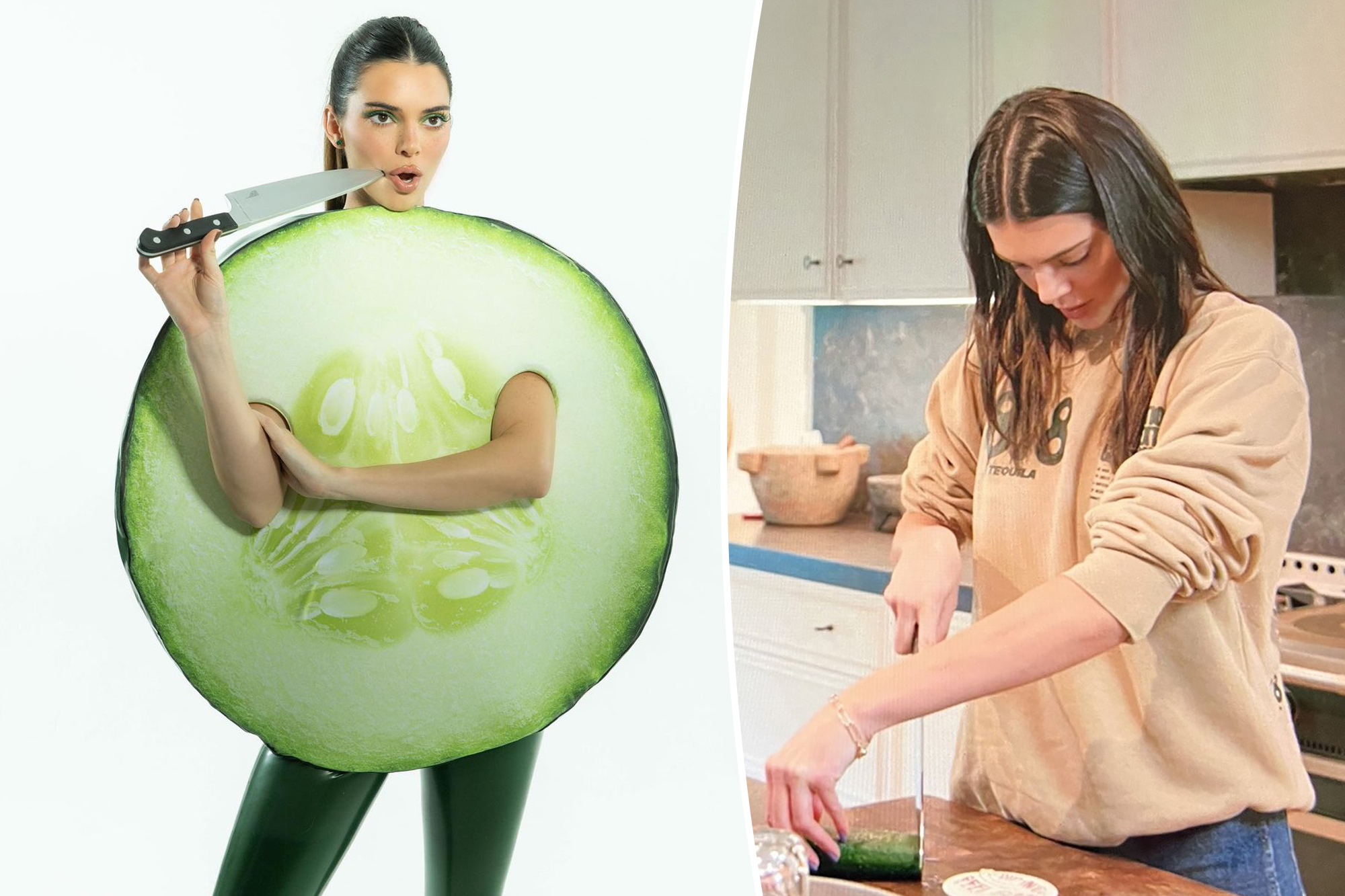 Cool as a cucumber.

Kendall Jenner poked fun at herself by dressing up as a cucumber for Halloween — months after she went viral for not knowing how to slice the fruit.

The model, 26, donned a full sliced cucumber costume, dark green leggings and stiletto boots in a photo shared on her Instagram Monday.

“I’m giving out fruits and veggies tonight,” the “Kardashians” star captioned the snap, where she also held a knife.

Although Jenner turned off her comments on the video-sharing app, fans flocked to other social media platforms to commend her for continuing the joke.

“THIS IS TOO ICONIC😭,” one of her 262 million Instagram followers commented.

“Only 3 things are guaranteed in life, death, taxes, and kendall delivering on halloween 😂❤️,” another person added.

Another joked, “did the chef cut that for you? Or did you figure out how to use that knife?”

In May, the 818 Tequila founder faced backlash after an episode of the “Kardashians” for not knowing how to cut a cucumber.

Although Jenner’s family claimed she was “not happy” about the online criticism, the model was able to make fun of the situation on social media in the days following, calling it “tragic.”

Jenner has also seemingly been working on her cooking skills in the time being, as she posted a photo of the fruit and a knife on a cutting board, which captioned, “here we go again.” 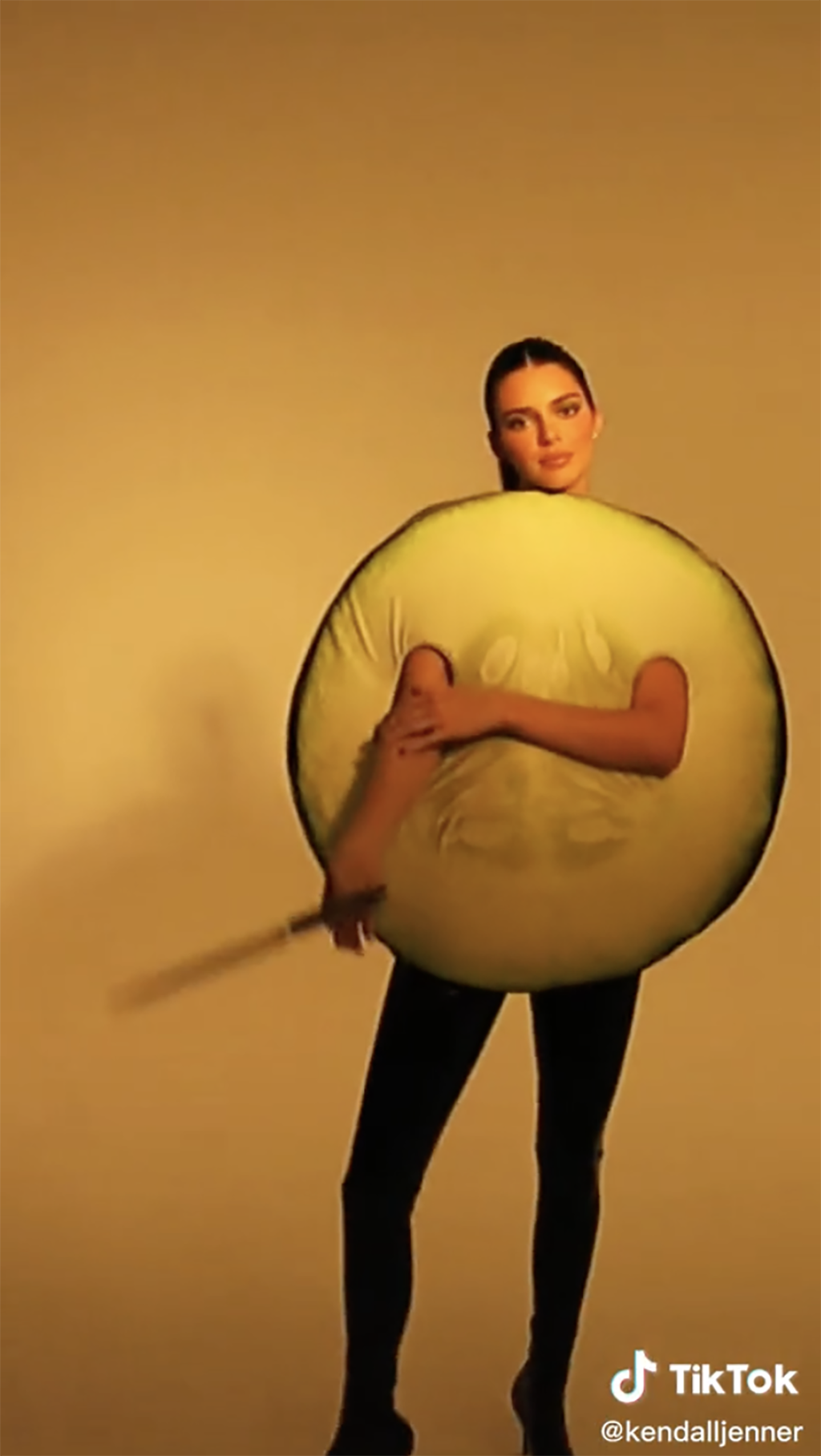 The 26-year-old added a knife to the costume. 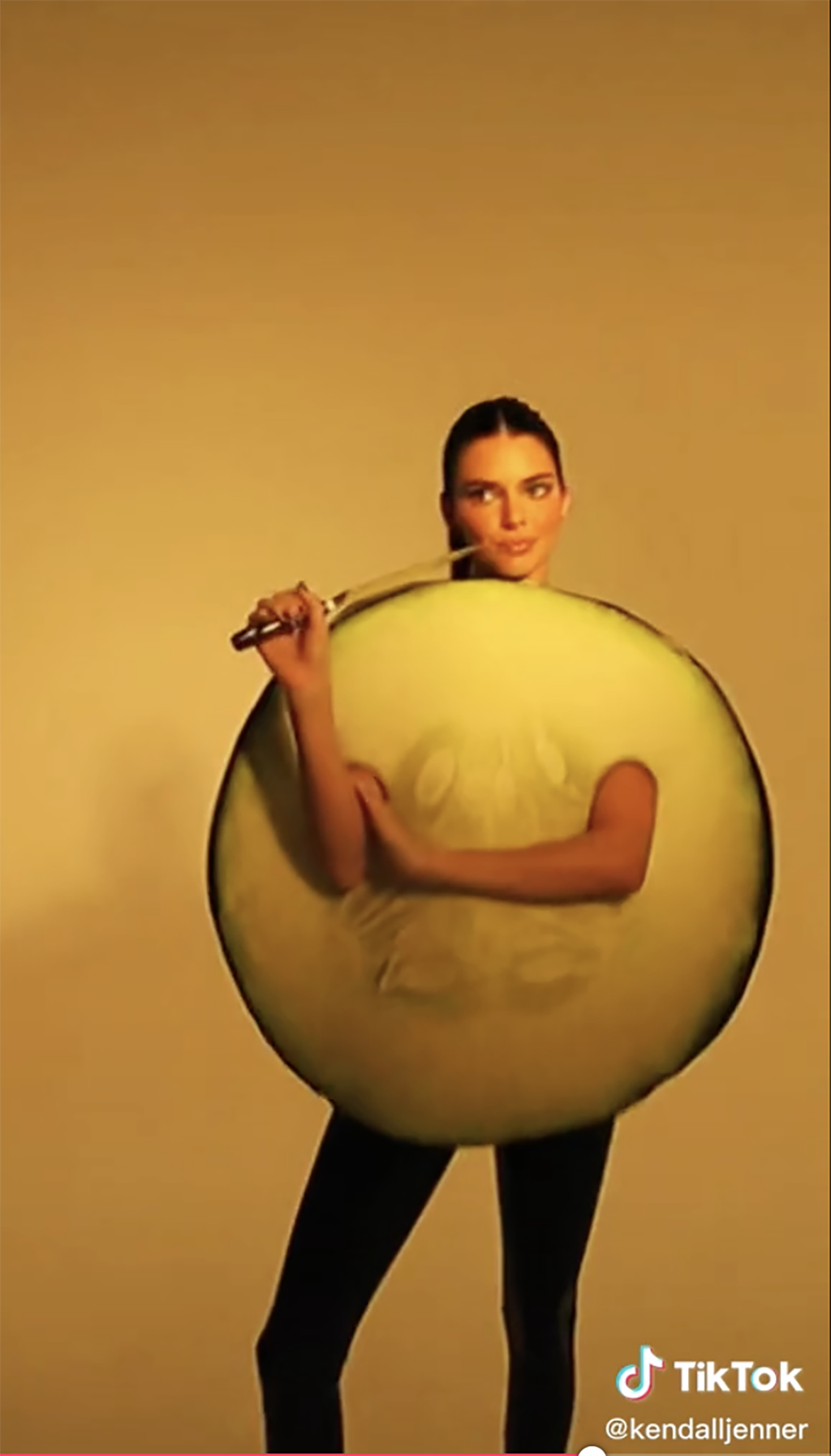 The 26-year-old added a knife to the costume.

The “Scrubs” actor and his daughter, 7, dressed up as…

Before putting on the big green suit, Jenner celebrated the spooky season with a much sexier costume.

The model dressed up as a sultry version of Jessie from “Toy Story” over the weekend — complete with butt-baring, cow-printed chaps and denim underwear.

However, some of her fans called out the model for “sexualizing” their favorite childhood TV show character.

“It’s a kids movie WHY?!?” one person asked, while another added, “This is a lot for my childhood memories to process.”