On Thursday, Kendall Jenner was on the move and she had a costume change ready to go with her during a busy night in West Hollywood. The model wore two different looks, one to a dinner at Los Angeles eatery Poppy, before heading to a night club on Sunset Blvd.

Her first look was a bandeau mini dress by Roberto Cavalli made in an eye-catching zebra print. She paired it with knee-high black boots, and carry a black purse. 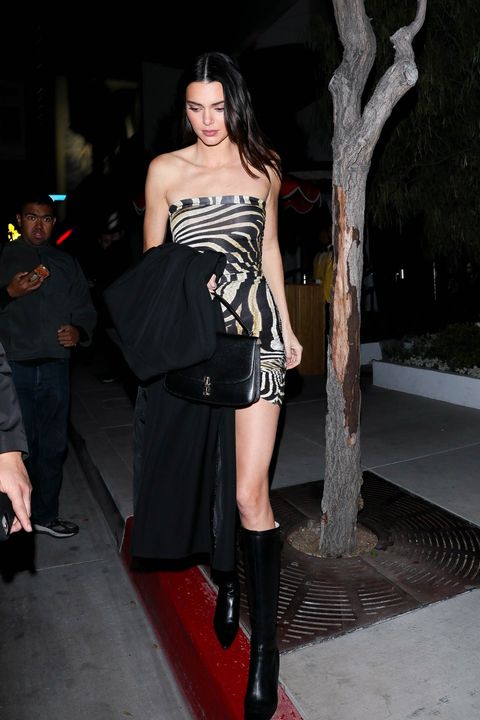 She later changed into a long, sleeveless bodycon dress covered in sparkles, with a pair thong heels, and carrying a black clutch. For both looks, Jenner left her brunette hair down, and wore small gold hoop earrings. For makeup she went with rosy eyeshadow and coral lipstick. 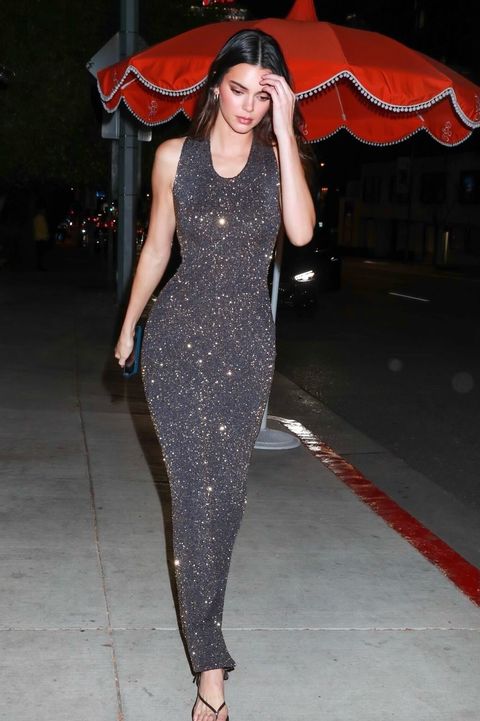 Jenner recently split from her NBA star boyfriend Devin Booker after they briefly reconciled. They first broke up this summer, before getting back together again. Things got called off again in October. Since then, it’s been rumored that Jenner was seeing musical artist Harry Styles, who recently went through a break up as well. He and director Olivia Wilde called it quits in November as Styles began touring internationally and Wilde started work on new projects.

But sources have denied the rumors, with an insider telling E! News, “She and Harry are just good friends. They remained friendly over the years and have kept in touch. There’s nothing romantic going on, but they do catch up from time to time and have hung out in social settings.”

The pair do have a history together, dating off and on for years, before ending things in 2019, but another source added that they definitely aren’t “rekindling” their relationship. Perhaps as two people recovering from serious relationships ending they just have a lot to talk about right now.