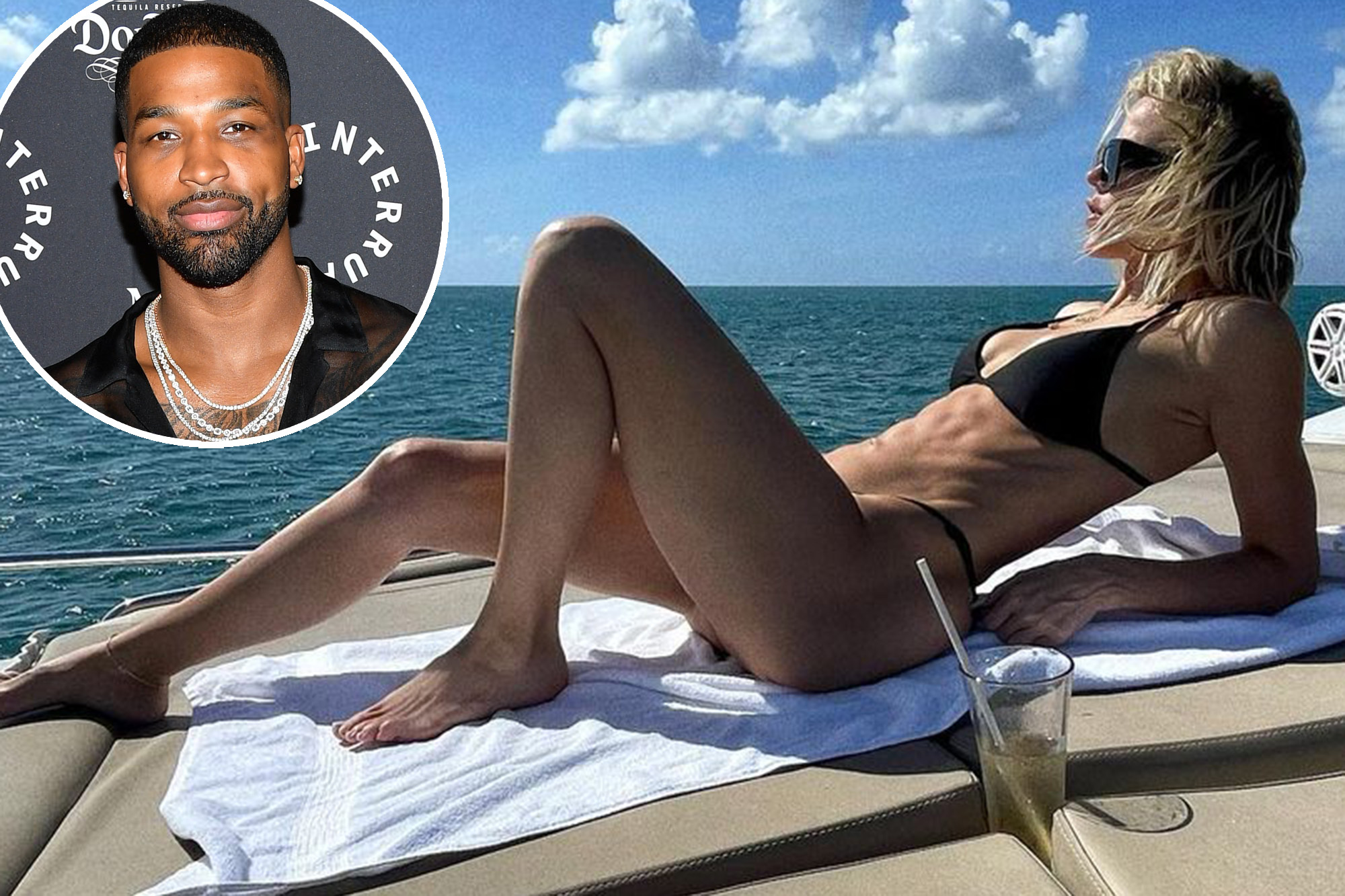 Keeping up with the positive vibes.

Khloé Kardashian posted an uplifting message on Instagram Thursday as she awaits the birth of her second child via surrogacy with her disgraced ex Tristan Thompson.

The Good American founder, 38, wrote in a caption, “👑 Don’t forget, the crown may tilt at times but it never falls 👑,” alongside a photo of herself on a yacht while wearing a black bikini that perfectly showcased her fit physique.

Others chimed in with fire emojis and hearts.

Kardashian has maintained a positive attitude on social media recently while Thompson, 31, has been spotted frolicking in Europe with other women ahead of their son’s “imminent” birth.

Earlier this week, photos of the NBA player holding hands with a mystery woman in Greece were released online.

Just a few days prior, news broke that Kardashian and Thompson were expecting another baby together via surrogacy despite the couple splitting when the “Keeping Up With the Kardashians” star found out he fathered another child with someone else behind her back.

In December 2021, Page Six reported that fitness model Maralee Nichols claimed in a paternity lawsuit that she and Thompson had sex over his 30th birthday, which resulted in her pregnancy.

Thompson initially denied the child was his, but later admitted to fathering Nichols’ baby after he received the paternity test results.

A source recently confirmed to Page Six that Kardashian and Thompson broke up in December and only communicate to co-parent their 4-year-old daughter, True.

While Thompson continues to pursue other women, Kardashian seemingly remains unbothered by her ex’s actions.

On Tuesday, the reality star “liked” an Instagram post from a fan account that reposted a clip of the basketball player holding hands with another woman.

The post read, “To everyone that’s freaking out about this video of Tristan in Greece with another girl, Khloe and Tristan are both single and according to the statement from Khloe’s rep, they haven’t spoken since December besides coparenting.

“I don’t know why it would be crazy for Tristan to be with another girl as long as he’s a good dad to his baby.”