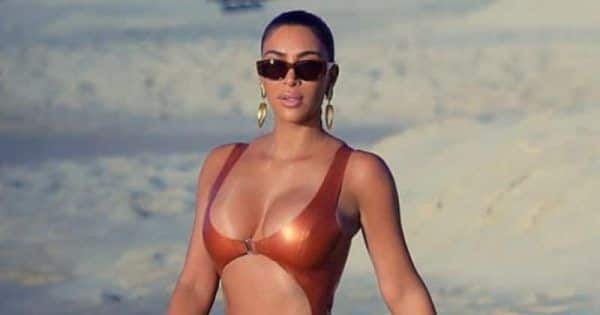 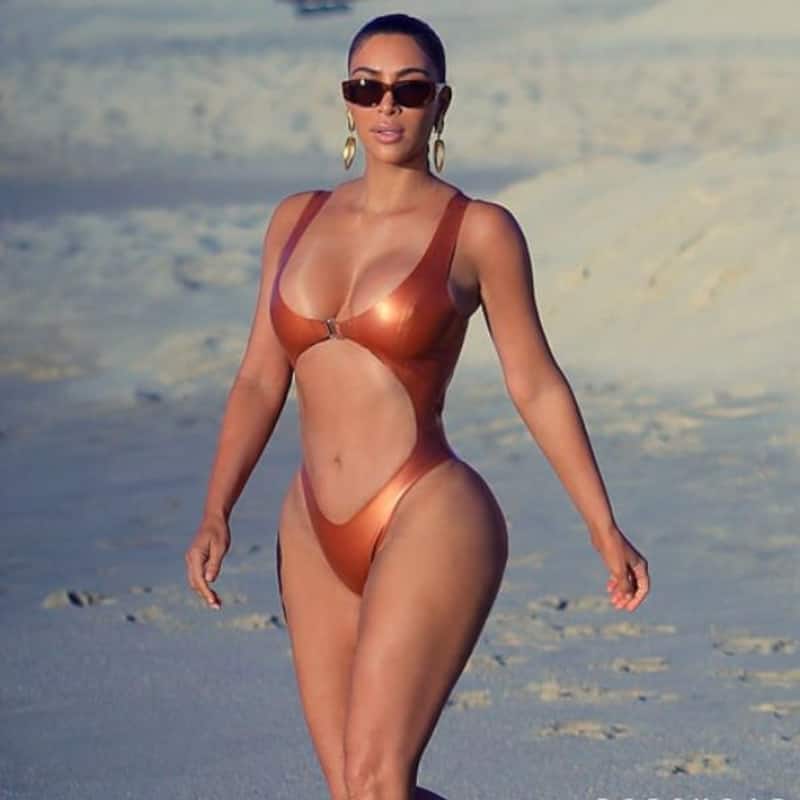 Kim Kardashian recently came under severe backlash online after claiming that her beauty standards are “attainable” by regular people. It’s no secret that the reality TV show star and businesswoman has immense wealth at her disposal to take care of her every need, coupled with her privilege to use her time for herself as she deems fit, not to mention facilities such as home gyms, personal trainers, personal chefs and an army of beauticians at her beck and call. Hence, Kim Kardashian‘s claims are understandably not sitting well with people. And now, she’s under fire again for allegedly photoshopping her trapezius muscles from her neck in her latest shoot. Also Read – Kim Kardashian shows off her under b**bs in sultry silver monokini with Batman-styled glasses – WARNING; view pics in PRIVATE

A TikTok user has posted a video online that allegedly demonstrates how Kim Kardashian has edited out the trapezius muscles from her neck in a recent poolside bikini photoshoot, providing a BTS pic along with the waves of the water in immediately after to lay credence to her accusation. No sooner than the video surfaced online than netizens started lambasting the reality TV star for not being able to attain her own unrealistic beauty standard, with some also begging the question why such a gorgeous woman needed to delete a perfectly normal body part in the first place. Also Read – Trending Hollywood News Today: BTS V aka Kim Taehyung-Jennie dating mystery intensifies, Sylvester Stallone debunks divorce rumours over ‘dog-fight’ and more

As per Hollywood news reports, during a recent conversation with Allure magazine, when Kim Kardashian was asked if she feels “responsible, even guilty, for setting an unrealistic, unattainable beauty standard”, the socialite insisted that if she’s doing it, “it’s attainable,” adding that she always bees herself and the only cosmetic surgery she’s had is Botox, emphasising that rumours of her lip or cheek fillers or eyelash extensions are all baseless. Also Read – Want to date Kim Kardashian? Hottie crowdsources boyfriends after breakup from Pete Davidson [read deets]