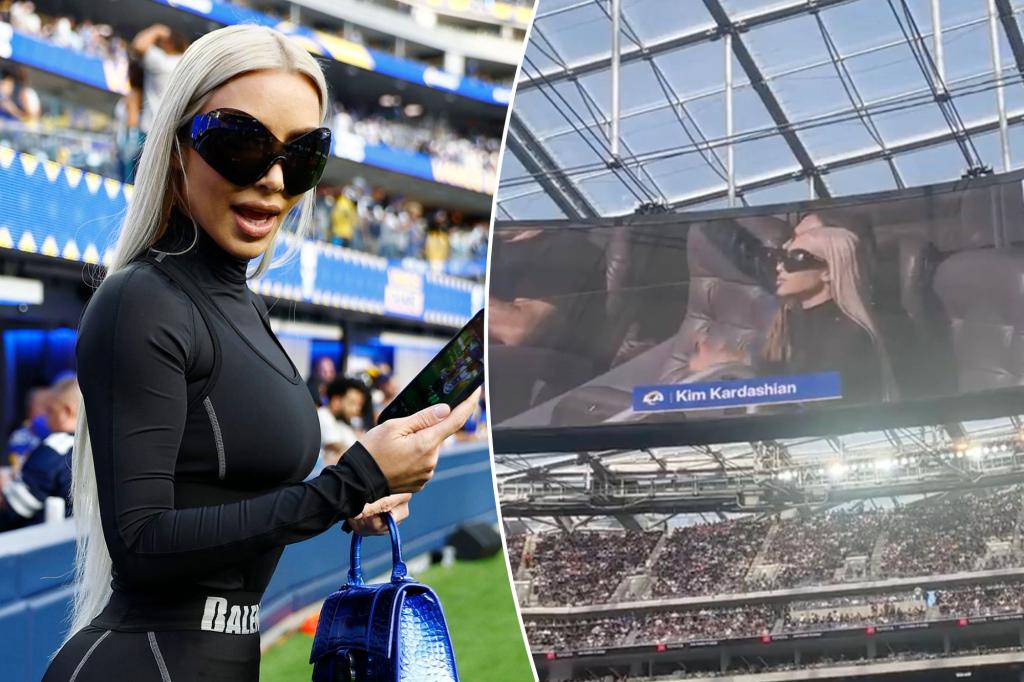 Kim Kardashian didn’t receive a warm welcome from fans at the Rams-Cowboys game on Sunday.

Fans at SoFi Stadium in Los Angeles booed the Skims founder as she was featured on the big screen during the game.

In now-viral videos on social media, Kardashian can be seen smiling and blowing a kiss as cameras captured her in a private suite with friends and her son Saint West. The “Kardashians” star was featured at the game after Grammy-winning singer John Legend.

Kardashian and Co. received the VIP treatment by the Rams organization, according to a number of posts on her Instagram story. She thanked the Rams in videos and photos that showed her 6-year-old son on the field and with the team’s Vince Lombardi championship trophy.

Kardashian’s son, Saint, who rocked a No. 5 Jalen Ramsey jersey, and his friend were pictured wearing Rams logo chains while on the field.

The Rams suffered a 22-10 loss at home. Matthew Stafford and the offense continued to struggle in a second-straight loss.

Stafford completed 28 of 42 passes for 308 yards, with a touchdown and an interception. The quarterback was under pressure for most the of the game, and was sacked five times, fumbling twice.