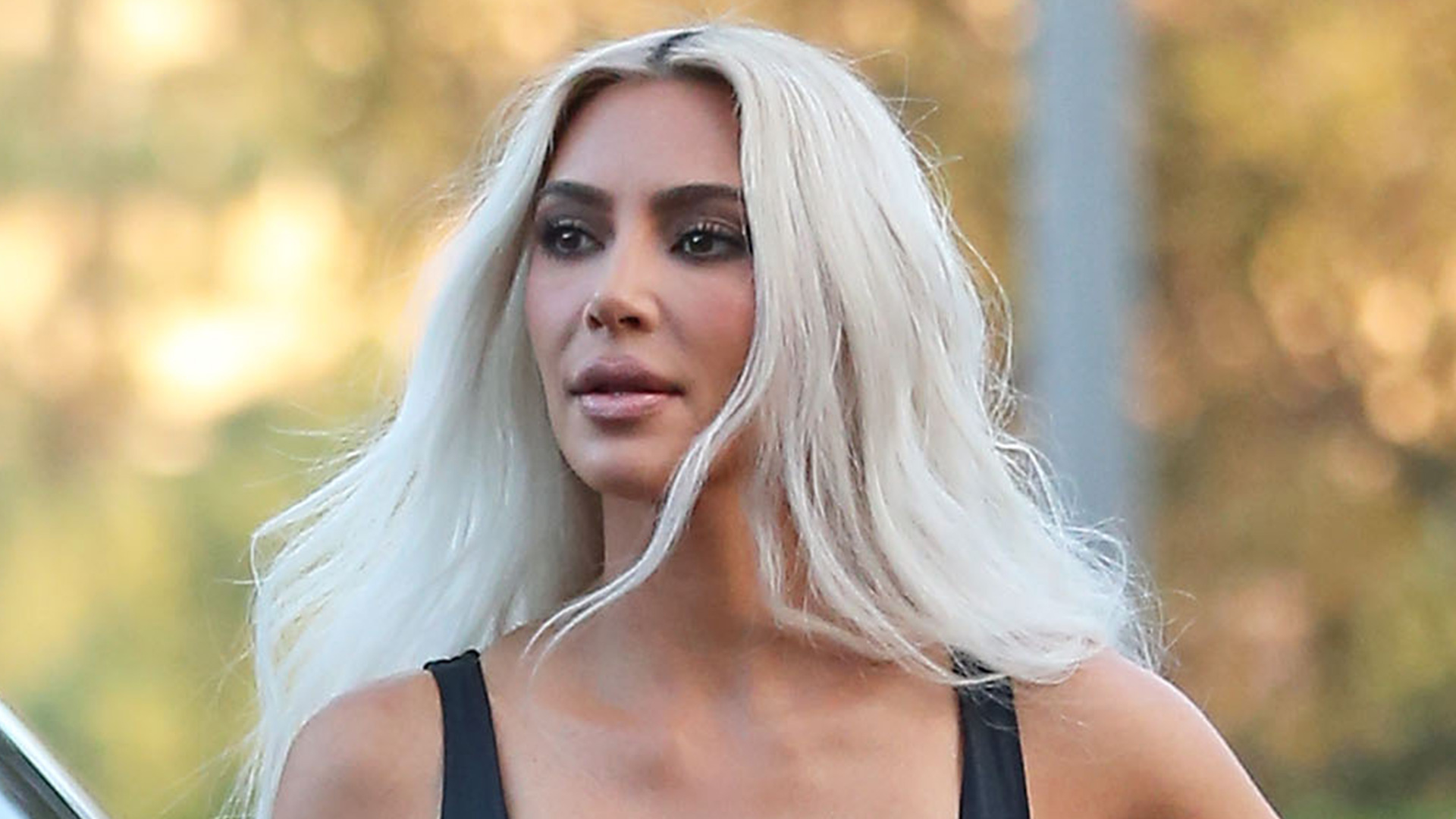 KIM Kardashian showed off her nipples in a tight black top as she took her daughter North, nine, to her basketball game on Friday.

The reality star made a risqué wardrobe choice for the family outing, which came on her 42nd birthday.

Pictured at a recreation center in Los Angeles, California, Kim wore a plunging tank onesie that showed off her cleavage and her nipples.

The outfit was so tight that even her belly button could be seen under the curve-hugging fabric.

Kim accessorized with a metallic black bag but wore no jewelry and had flip-flops on her feet.

The mom-of-four was seen entering the sports center with her arm around North and her son Saint, six, following closely behind.

She shares her children with her ex Kanye West, 45, who was also at the game.

However, Kim was pictured sitting away from the rapper and instead next to her Chief Brand Officer Tracey Romulus.

In a courtside photo, the Hulu personality was seen offering help to her daughter, who was wearing a bandage on her left knee.

Kim gave a smile for the cameras on her birthday and showed off her platinum hair that fell down to her butt.

North’s basketball games have become a frequent location for Kim to flaunt her varied mom-duty outfits.

Last week, she showed off her slim waist as she tucked a skintight turtleneck into a pair of Balenciaga x Adidas sweatpants.

She accessorized the look with futuristic black sunglasses, black pointed heels, and a small silver purse.

Kanye then arrived at the game wearing Yeezy boots and the same graphic T-Shirt that he wore during his Drink Champs appearance.

The rapper’s personal reputation is currently in crisis after he made anti-Semitic remarks on Twitter, posted a series of wild rants against the Kardashian family on Instagram, and wore a White Lives Matter T-Shirt, among other controversial moves.

He is also facing a $250m lawsuit from the family of George Floyd for comments he made on Drink Champs.

On Friday, he was dropped by Balenciaga, a brand commonly worn by Kim, and Adidas has also put its relationship with the Yeezy designer “under review”.

Kanye did not acknowledge his ex-wife’s birthday on social media, although he did claim that he “still loves” her during his appearance on Piers Morgan Uncensored this week.

The former husband and wife are currently locked in a feud over the choice of private school their four children attend.