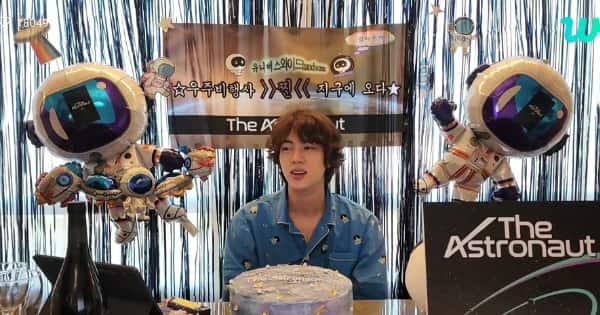 BTS’ Kim Seokjin aka Jin dropped his new single The Astronaut earlier today. And just a couple of hours ago, Jin came live on Weverse in honour of The Astronaut’s release. It was a fun and an interesting live wherein he watched, reviewed and also shared some insight into the making of The Astronaut MV. From talking about working on lyrics of the song with Chris Martin, Coldplay‘s front runner, to his military enlistment, Jin poured his heart out in front of the ARMYs. In his Weverse live, Jin revealed that they did not make the announcement of BTS’ military enlistment decision before the concert.

On 15th October, the Bangtan Boys – RM, Jin, Suga, J-Hope, Jimin, Taehyung and Jungkook – held a Yet To Come Busan concert. Two days later on 17th October, Big Hit Music announced that the BTS members have decided to enlist in the military. It was a huge shock! Jin is the first member who will enlist in the military from BTS. Mr Worldwide Handsome Jin talked about his military enlistment in the live and made a shocking revelation. This is going to blow up Hollywood News.

During his Weverse live, as per an ARMY translating live on Twitter, Kim Seokjin aka Jin revealed that they did not make the military enlistment announcement before the Yet To Come Busan concert because they wanted the ARMYs to be happy at the concert and enjoy it thoroughly. Jin said that he is glad that they didn’t see ARMYs in tears at the concert. Jin revealed that he and the members had been having differences in when to enlist in the military. Jin said that he was planning to enlist in Summer, around in June. He also shared that he had no plans to drop any album as he had not spoken to Chris back then. 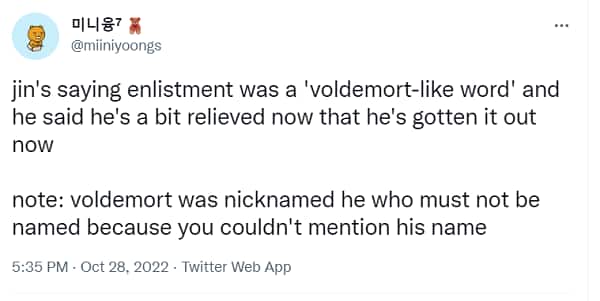 Jin will be performing live with Coldplay soon. He is in Buenos Aires for Coldplay’s World Tour for Music of Spheres. The concert will be live-streamed in theatres and the performance video will be shared on Bangtan TV later.