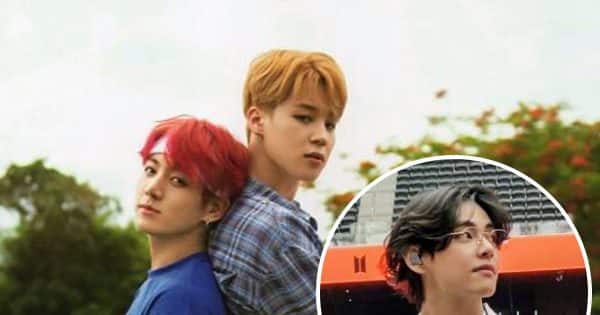 BTS maknaes Jungkook, Kim Taehyung and Jimin have millions of fans. And some are pretty obsessive ones. The three young members are also the faves of shippers. While celebrating the friendship between members is fine, it is problematic when people assume they are couple. Of late, a smear campaign on Kim Taehyung by JiKook shippers from Japan was exposed. The campaign planned to bring disrepute to the name of BTS V aka Kim Taehyung as the fans believed that Jungkook and Jimin were the real thing. The campaign was exposed by a Japanese fan who said that genuine ARMYs from the country were reporting such malicious mischief-makers.

However, now Weverse has been flooded with hate comments about Kim Taehyung. ARMYs are downright disgusted with the whole development. Of late, there has been too much drama around BTS V aka Kim Taehyung. The whole dating rumor with Blackpink rapper Jennie Kim kept him in the news and how. This is how ARMY has reacted to the recent spate of hate comments on Weverse. Take a look…

Me too i’m hurt evrytime i see a hate comment about Taehyung and to the other members it hurts me. They don’t deserve hate comments they deserve all the love in this world.

I said those antis and jikook shippers are going to do something because they’re exposed. they do now. weverse taehyung is getting an incredible amount of hate. Please share nice comments for Taehyung on weverse. I don’t think this will come to an end. https://t.co/GroVf3MPcu

+the other group wanted to start a bullying case about taehyung but they were exposed early. they did not get what they wanted. but right now they are all angry and they can still do something. be prepared. but this is difficult as they are already exposed.

+So what I’m saying is, it’s all fake. what gurumiharibo shared was fake and inception. their second target is bullying but they were exposed early. this is all a smear campaign by antis. Taehyung has never dated Jennie, Taehyung has never bullied anyone. ALL DEFAMATİON.

We can see that BTS fans are super upset with what has happened. The Winter Bear singer Kim Taehyung is rumoured to be on a variety show that will be filmed in Mexico. Jungkook is going to perform solo at the FIFA World Cup in Qatar.