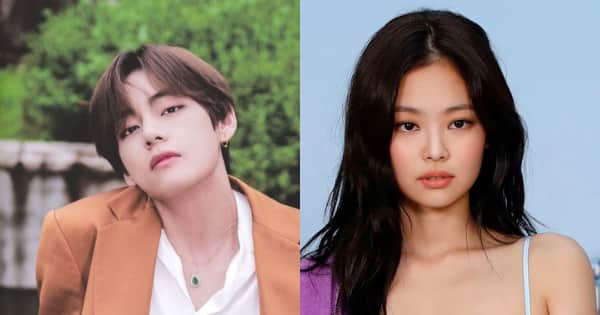 BTS member Kim Taehyung was in the news from May to September for his alleged dating rumours with Blackpink rapper Jennie Kim. The whole thing got rather disgusting with a spate of leaked pics that were allegedly hacked from the phone of the Blackpink star. There was no confirmation on the dating rumors from Big Hit Music or YG Entertainment. The latter however hinted at a breach of privacy. The rumours also sparked off toxic fights between BTS fans and Blackpink stans on social media. Jennie Kim’s dating history was dissected, and even GD Dragon, Jimin and Bang PD names were dragged into the whole mess.

The whole thing does not look like it will end soon. Of late, there are many tweets from rival fans blatantly body-shaming the two idols. As we know, Kim Taehyung aka BTS V is hailed as one of the world’s Most Handsome Men while Jennie Kim of Blackpink is termed as desirable by many magazine and polls. Both are music superstars and global icons in their own right. It looks like the whole thing started after Jennie Kim’s latest advertisement pics that got millions of likes. She was seen posing in Calvin Klein underwear. Take a look at the tweets…

quotes acting oblivious. Taehyung is 100x times prettier than Jennie. Keep him out of ya mouths https://t.co/pNDYSel8X1

jennie having more abs than that ‘man’ i’d be so embarrassed omg https://t.co/B2irzBnY88 pic.twitter.com/kSMjoaWvj4

now i understand why they are so angry https://t.co/xScqb9H1Oz pic.twitter.com/wAz078K5t6

Both r going viral but for different reasons. & The Kim Taehyung don’t need to show his body to get likes https://t.co/ZJlcmzsdG3 pic.twitter.com/Ubt4MvjYgR

Even yeontan’s photos are more relevant ?

Well, some ARMYs are clearly not impressed. As we know, body-shaming can be very damaging. The K-Pop scene is under a lot of scrutiny for how skinny most of the idols are. Genuine music fans told people to focus on the songs instead of going there….

Armys let’s not compare tae’s body with jennie’s. V is a singer let’s compare his skills instead.

both of you even armys aren’t u embarrassed…like wht are u guys doing..??‍♀️

We can see that the comments are quite disparaging. Blackpink and Jennie Kim are now in the US while Kim Taehyung of BTS is planning on his debut album. He might also travel to Mexico for a variety show as per rumours.