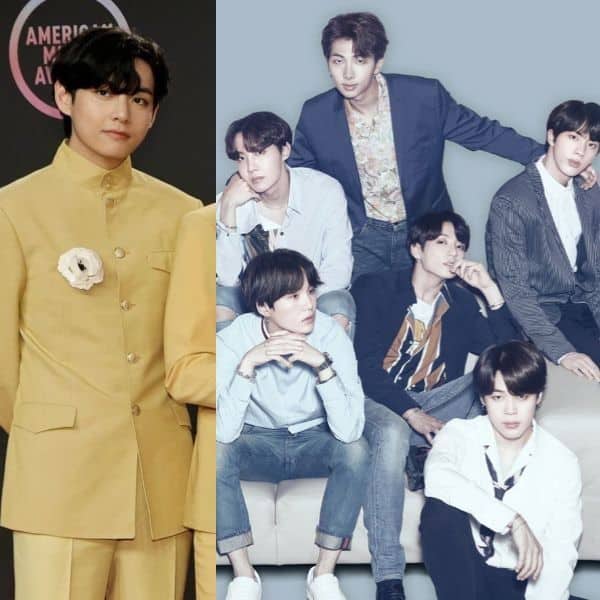 The weekend is here and we hope you’re enjoying. We are here to update you about the latest Hollywood happenings from the week. Kim Taehyung, BTS, Priyanka Chopra, Nick Jonas, BLACKPINK’s Lisa and others are a part of our Hollywood weekly newsmakers. Also Read – Baywatch actor Dwayne Johnson is the ideal father to his kids; here’s proof – view pics

As you might be aware, BTS won Artist Of The Year award at the American Music Awards 2021. The looks of the members impressed the ARMY. Fans were mighty impressed with Kim Taehyung’s sherwani look and felt like he looked like an Indian Dulha. Also Read – Throwback Thursday: There’ll never be another who’s HOTTER than Trish Stratus in the WWE, and these pics and videos are proof

Why does taehyung look like dulha ( groom) in sherwani and seokjin as his elder brother in kurta while the rest of the bts are groom mates ??? pic.twitter.com/QFUFW5rltx

The band members landed in the US to perform at the AMAs. A lucky fan bumped into Jimin, Jungkook and J-Hope at an L.A. restaurant and shared his experience online. We are pretty sure fans across the world would be super-jealous of him. Also Read – Priyanka Chopra opens up on her controversial ‘legs exposing’ photo op with Narendra Modi

It seems there is a rise in the number of Covid cases in many parts of the world. BLACKPINK’s Lisa tested positive for the disease. An official statement from YG Entertainment read, “BLACKPINK’s Lisa was diagnosed with COVID-19 this afternoon (November 24). The other three BLACKPINK members have not been classified as close contacts yet, but they immediately received PCR tests after hearing of Lisa’s positive COVID-19 results, and they are currently awaiting their results.”

It is being speculated that Kim Kardashian and Pete Davidson are having an affair. As per the pictures acquired by Daily Mail, they were seen on a romantic date in California.

Tips for organizing your linen closet