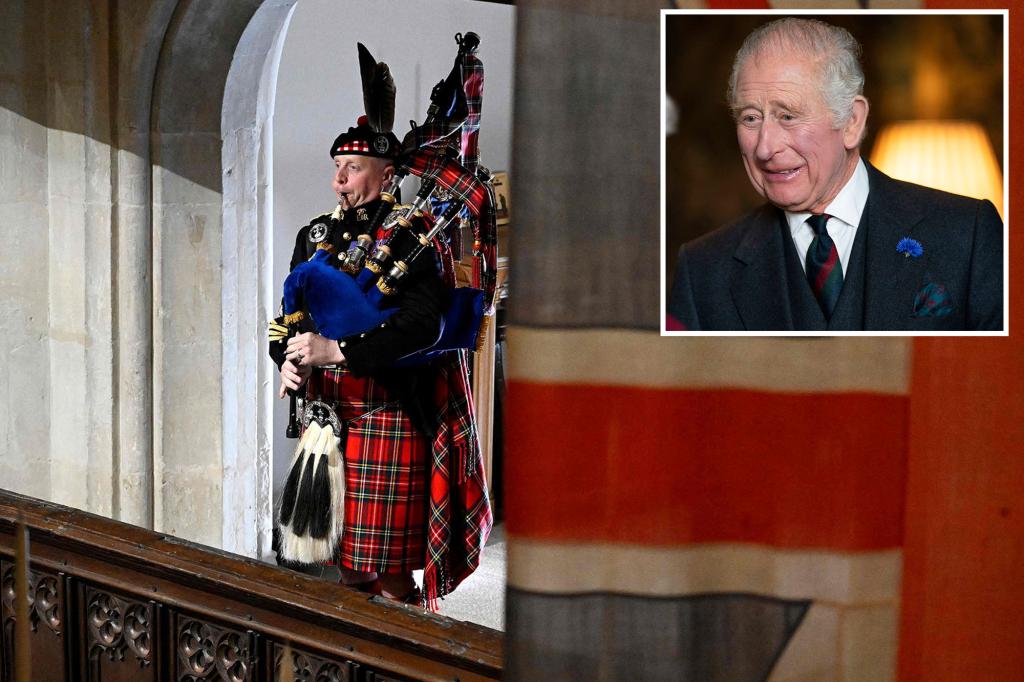 It’s music to his ears.

Since she ascended the throne back in 1952, the queen had a personal piper play the bagpipes for her every morning she was in the UK — but many feared the custom would no longer continue after her death.

Fans, however, have been heartened by the new king’s hire, with an insider telling the Sun on Thursday, “His mother adored having her piper. It’s a lovely tradition. Everyone is delighted the quirky job did not disappear with her.”

The UK’s reigning monarch has had their own personal piper since Queen Victoria created the position back in 1843.

Queen Elizabeth II had 17 pipe majors over the course of her lengthy reign, with the musicians performing for her majesty outside of her window each morning at 9 a.m.

The pipe major was based out of Buckingham Palace, but would travel with the monarch to her different residences, including Windsor Castle, Balmoral and Holyroodhouse.

Burns will also play for King Charles each morning at 9 a.m. — but the bagpipes won’t be used as the monarch’s personal alarm clock, the Sun reported.

“The tradition is for it to happen at 9 a.m., but the King is always awake much earlier,” the insider told the publication.

Meanwhile, King Charles was purportedly impressed by Burns’ commitment to the queen.

He was said to be particularly moved by the musician’s performance of “Sleep Dearie Sleep,” which he played as the queen’s coffin was moved through Westminster Abbey at her funeral on Sept. 19.

Everyone remembers that moment the piper finished the committal as he played the pipes, turned his back and walked away,” the insider stated. “The king was full of admiration for how he carried out his duty for the queen.”

A personal piper isn’t the only unusual luxury that King Charles has.

A recent report by The Post revealed that the monarch has his valets squeeze “one inch of toothpaste onto his toothbrush every morning” and even travels with his own toilet seat.