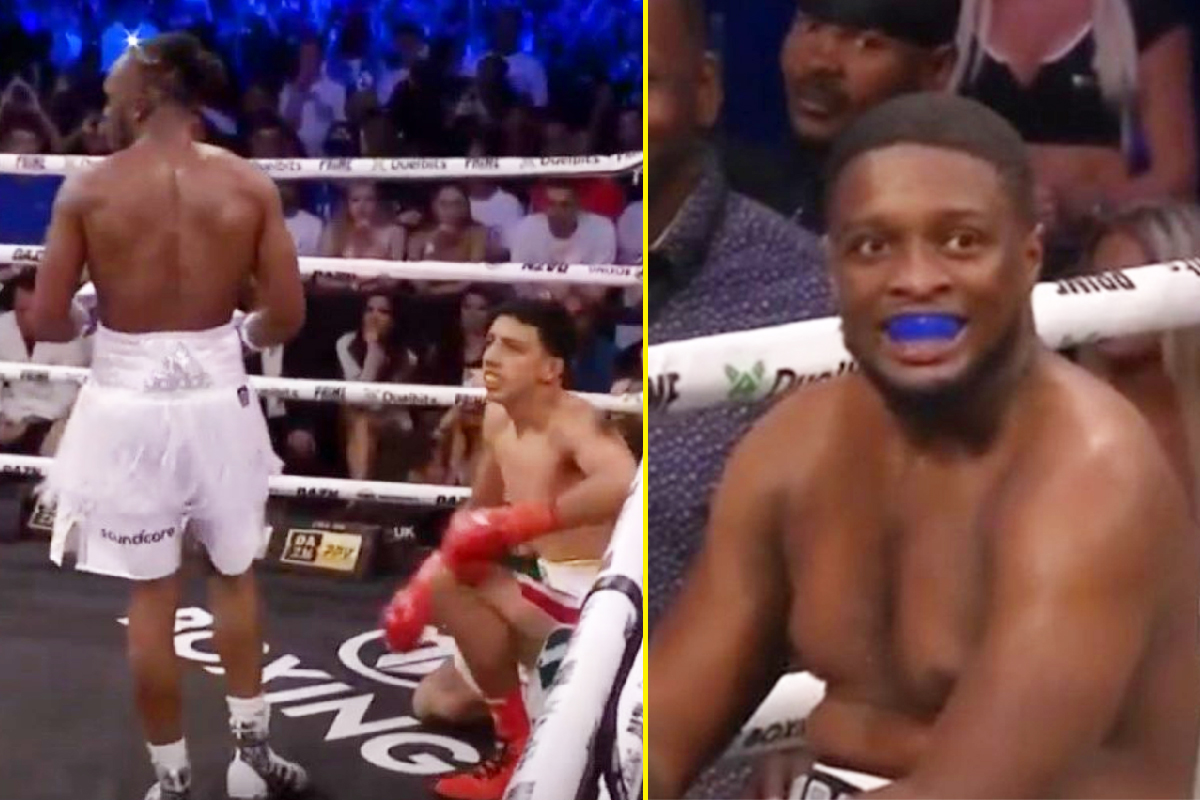 KSI knocked out Swarmz and Luis Alcarez Pineda to win both of his fights on Saturday night.

The British social media star returned to the ring for the first time in almost three years and had a successful pair of bouts.

In the first fight of the night, KSI knocked Swarmz backwards with a hard right hand inside the first ten seconds.

The rapper attempted a couple of crazed swings in response, but was countered effectively by the social media sensation.

Swarmz appeared totally out of his depth, and on several occasions even turned his back on KSI in the opening round.

KSI kept his composure and boxed in a far more professional style than his last fight with Logan Paul three years ago.

With a minute left in the opening round, the defenceless Swarmz was pummelled by KSI and a combination put him down in a corner.

He made it back to his feet and survived to the bell, just about.

KSI did press-ups in between rounds, proving that he was unfazed by his foe

At the start of the second, Swarmz was down again from a big left hook inside ten seconds.

This time he accepted defeat and decided to sit out the count.

KSI celebrated victory in the first of his two fights and then went backstage to prepare for the second.

Emerging three hours later, he returned to the ring to face Pineda.

The second fight began with an aggressive body assault by KSI as he floored Pineda in the opening 30 seconds.

The Mexican complained that a shot landed to the back of his head, but this did not appear to be the case.

As the action resumed, KSI put Pineda down once again with a big right hook to the head.

The 23-year-old looked terrified in the ring and whined to the referee every time he was punched.

He optionally took a knee and wasted time until the bell rang to end round one.

The fight should have come to an end in the second as KSI floored Pineda twice more, but the referee did not wave off the contest.

Again, KSI did press-ups, this time after knocking Pineda down.

In the third and final round, Pineda hit the deck two more times and sat out the referee’s count, crowning KSI with his second win in the same night.