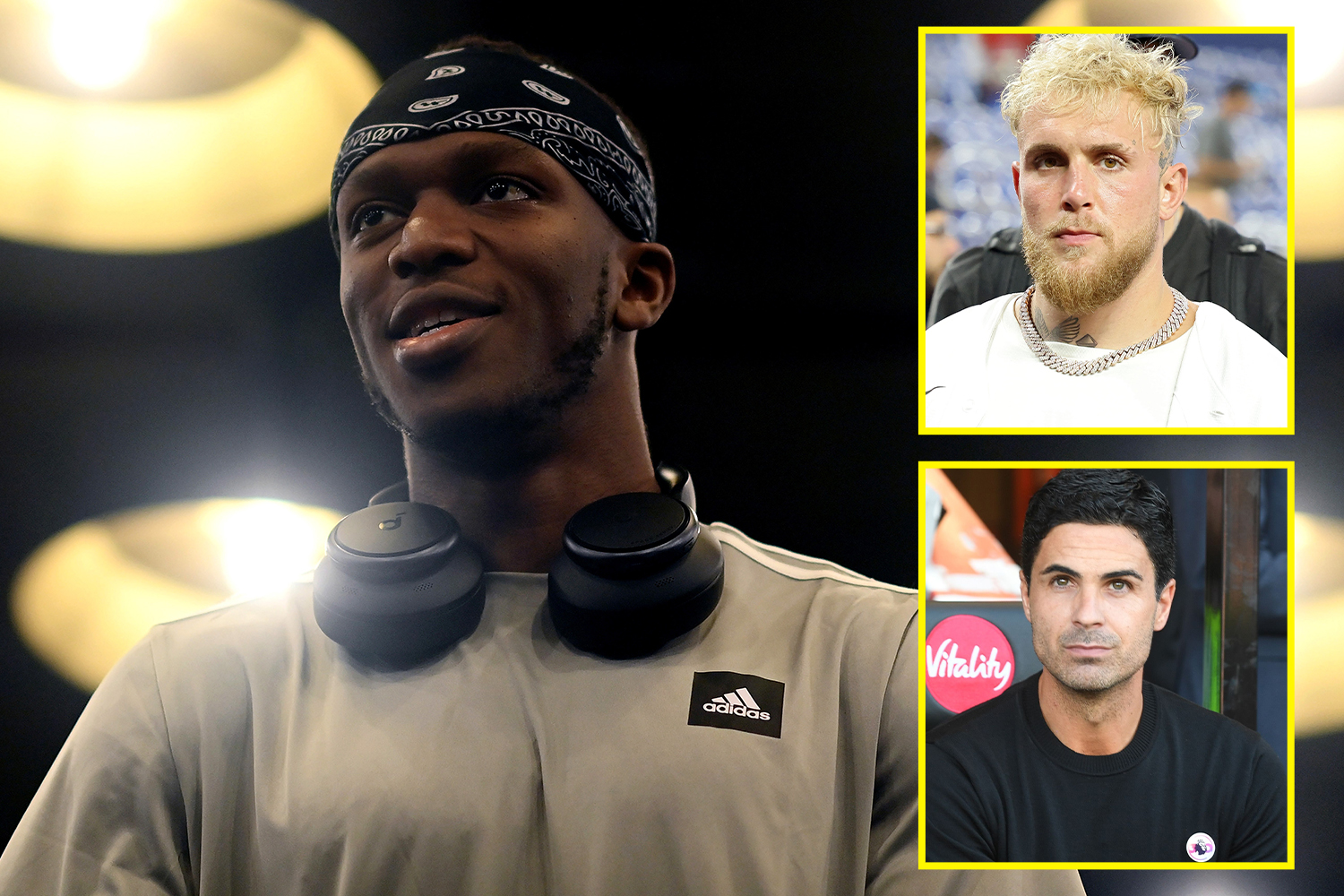 KSI would love to see his beloved Arsenal back on top in the Premier League, but knocking out Jake Paul means more to him.

The YouTuber joined talkSPORT ahead of his TWO fights on Saturday night, which sees him take on rapper Swarmz followed by pro boxer Luis Alcaraz Pineda.

KSI, real name Olajide Olayinka Williams Olatunji (JJ), was keen to stress this double bout was to help him prepare for an eventual showdown with his American counterpart.

“My end goal is to fight Jake Paul, knock him out and end his whole journey,” KSI said on Drivetime.

“I want to silence him once and for all and show everyone how much of a fraud he is when it comes to this whole YouTube boxing scene.

“I felt like I had to do more. I couldn’t just fight Swarmz, I need to really get rid of the ring rust and I guess one-up Jake Paul in a sense and that’s why I thought I’d fight a pro boxer as well as fighting Swarmz on the same night just to really push myself to the limit.

KSI also hinted on when the mega fight could happen, as well as revealing where he’d like it to happen, before suggesting he could be interested in a super fight with Conor McGregor in the future.

“I think the Jake Paul fight is definitely some time next year. That’s the plan,” he said.

“I want it to be at Wembley Stadium but I don’t think he’s personally going to be down for that.

“I might hang up the gloves or do a super fight with someone like Conor McGregor or someone like that or depending on whoever else is there fighting, whatever makes sense.

“Right now my main goal is Jake Paul and Jake Paul only.”

And KSI is so determined to win that he’d even sacrifice seeing Arsenal win their first Premier League title since 2004.