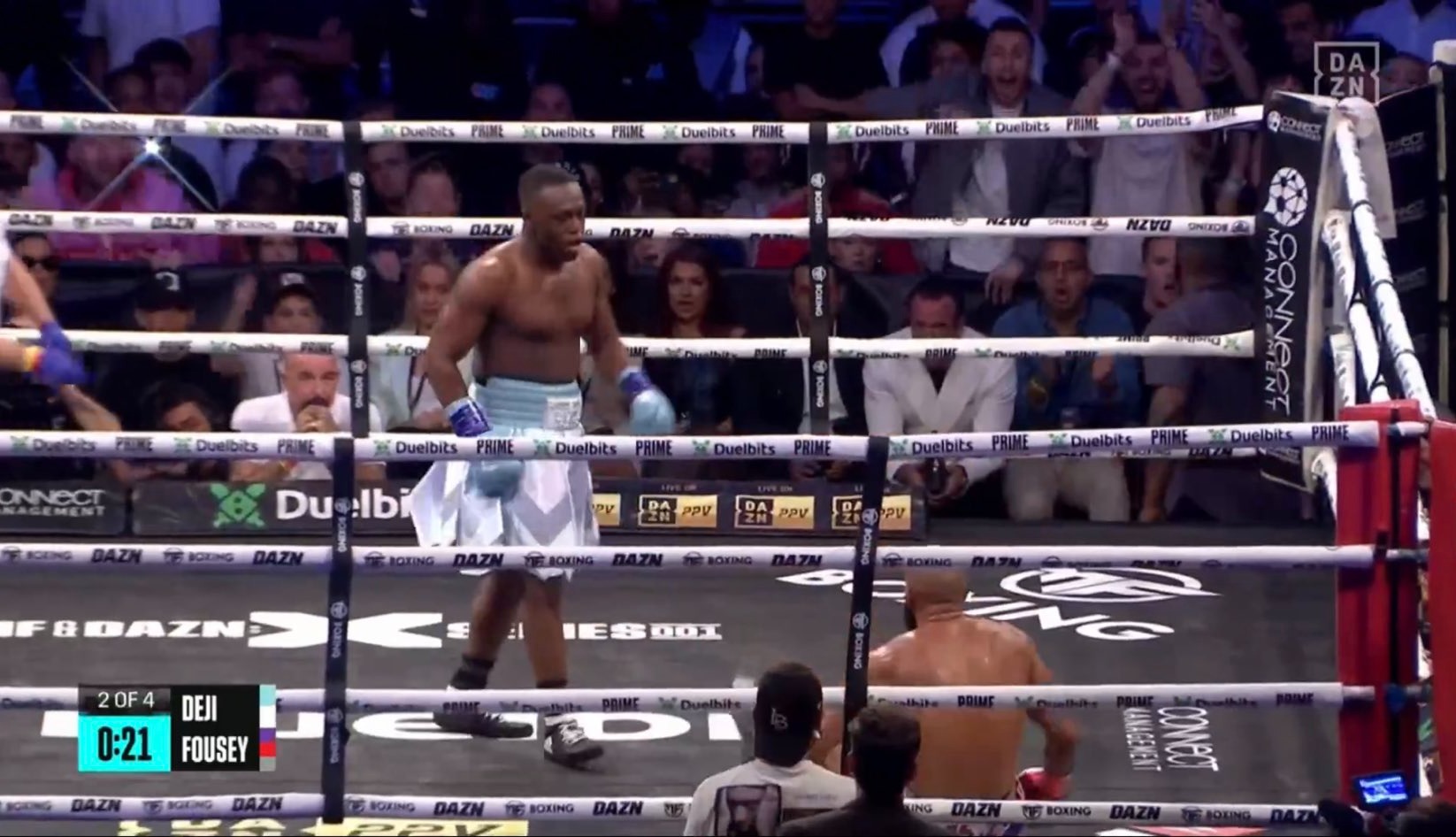 Deji finally picked up the first victory of his boxing career as he stopped Fousey on Saturday night.

KSI’s younger brother accepted the fight on his sibling’s undercard, despite being winless in his first three bouts.

In this contest he put up a brave showing and famously bloodied his opponent’s nose, but ultimately lost by stoppage.

Three years later, in 2021, Deji returned and was a big favourite to beat Vinnie Hacker, only to surprisingly lose by stoppage again, later admitting he took his foe lightly and didn’t prepare properly.

In March of this year, Deji came back for a third try and took on Alex Wassabi, but was beaten once more – this time on points – as he failed to provide enough offensive output.

Against Fousey though, it all finally all came together for him.

Deji put on an impressive technical display and hurt his opponent in the very first round.

He continued his dominance and scored a knockdown at the end of round two.

Deji then forced a standing count in the third.

With Fousey looking limp, his corner threw in the towel crowning perhaps the most popular winner in YouTuber boxing history.

Deji reacted post-fight: “I have the best team ever.

“Daley’s the best boxing coach ever. I have Leon, the best PT in the game.

“And I have everyone out there showing their love, and that brought me up.

“I want to say thank you to everyone in here, and the millions watching at home as well. Thank you.

“You deserved this one.”

DEJI IS AN UNDEFEATED PROFESSIONAL BOXER