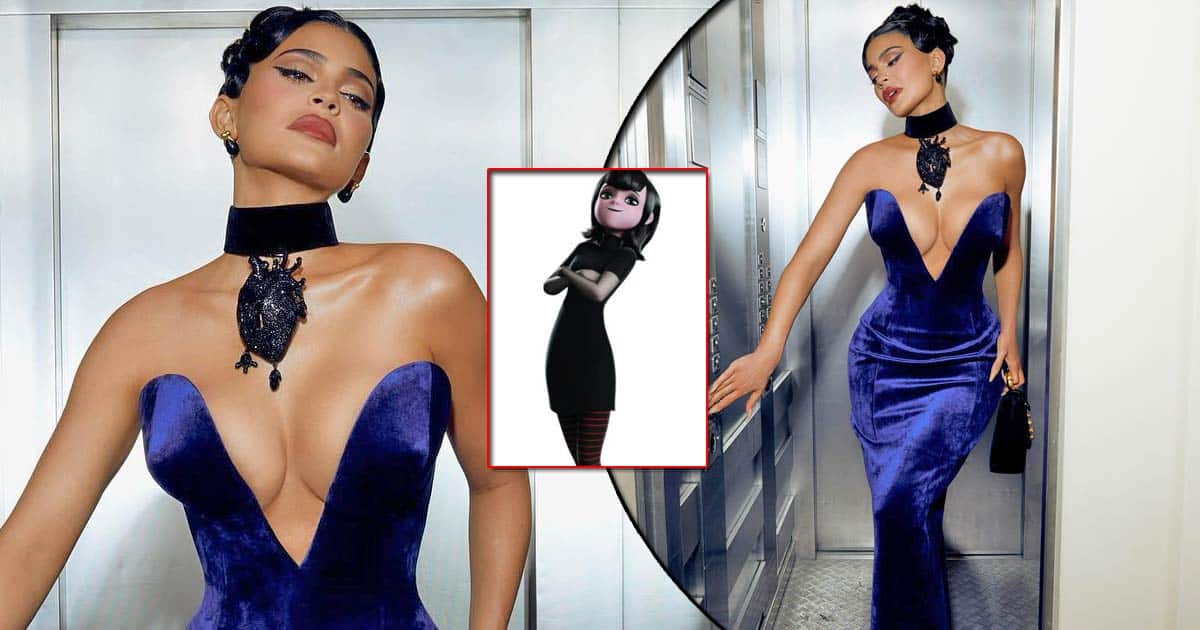 Everyone wasn’t to be like the Kardashian-Jenners – and why not. Not only are they world famous but they also have curves to die for – that they are proud of and never fail to show. Doing the same was Kylie Jenner at the Schiaparelli show in Paris on Thursday. And let us tell you, her looks make her embodiment of the Queen of Hell.

While Halloween is literally a month away, Kylie’s look can serve as inspo for anybody out there wanting to turn into a Disney villain, Countess Dracula or a hot & s*xy/cute & sweet vampire. Why so? Well, scroll below and take an in-depth look at her attire and in the end, tell us if you agree with us or not.

At the Schiaparelli Spring 2023 presentation in Paris yesterday (September 29), Kylie Jenner opted for a custom Schiaparelli Haute Couture midnight blue velvet dress. Created by Daniel Roseberry himself, the royal blue velvet strapless décolletage dress was nothing less than a bombshell. As the neckline – décolletage, suggest, the neckline consisted of a wide and deep V (almost reaching her waist). While the depth showed a hint of her abs, its wideness practically put her b**bs on display for all to see.

Kylie Jenner styled the floor-sweeping, corset bodice figure-hugging dress with an anatomical heart black enamel adorned with rhinestones velvet ribbon choker, black tooth earrings, an ornate purse that featured gold hardware and shiny black pumps. For her dramatic hairdo, the reality star opted for a centre-parted updo with a dramatic swirl on either side.

Her makeup for the evening consisted of a brown, smokey eye shadow work and a sweeping cat eye, cherry-red lips, and pink blush. As for her nails, she opted for a nude manicure to keep the focus on her midnight velvet dress.

Must Read: Gigi Hadid Sets A Scintillating Display As She Goes N*de & Hides Her Assets With Nothing But A Scarf, It’s Making Us Go ‘Ooh La La’