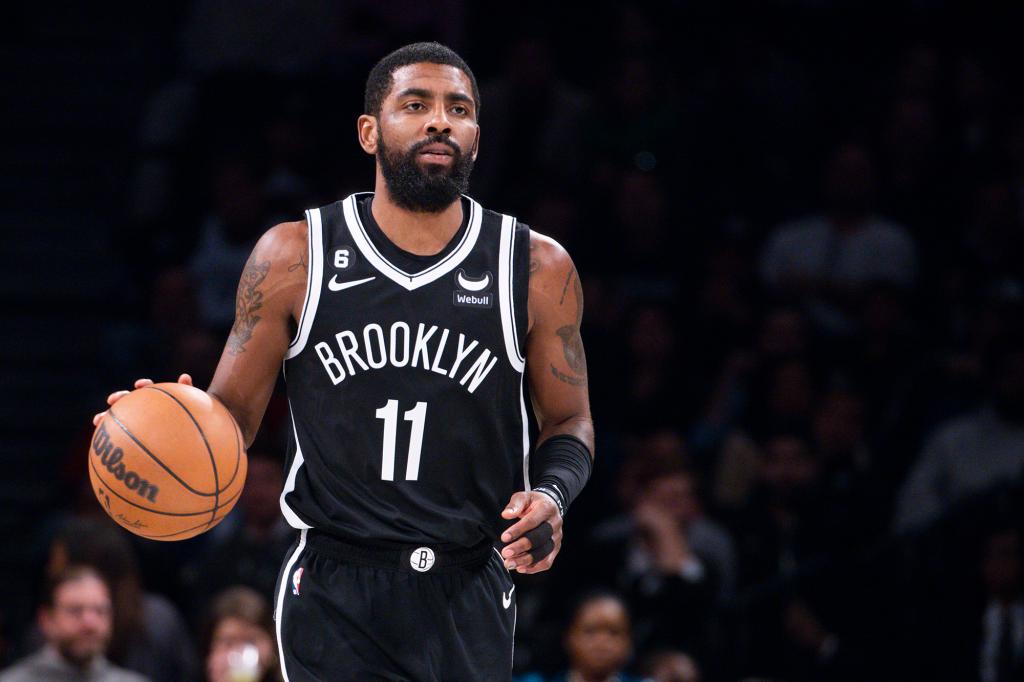 Kyrie Irving pledged to donate $500,000 to fighting hate and issued a joint statement with the Anti-Defamation League taking responsibility for his social media post, but did not directly apologize for retweeting a movie filled with anti-Semitic rhetoric last week.

“I oppose all forms of hatred and oppression and stand strong with communities that are marginalized and impacted every day,” Irving said in a statement. “I am aware of the negative impact of my post towards the Jewish community and I take responsibility. I do not believe everything said in the documentary was true or reflects my moras and principles. I am a human being learning from all walks of life and I intend to do so with an open mind and a willingness to listen. So from my family and I, we meant no harm to any one group, race or religion of people, and wish to only be a beacon of truth and light.”

The movie Irving promoted, “Hebrews to Negroes: Wake Up Black America,” includes a fabricated quote from Adolph Hitler, lists the Holocaust among falsehoods perpetuated by the Jewish people and says that Jews control the media.

Irving has also retweeted conspiracist Alex Jones, which he defended at a press conference where he said Jones was right about the New World Order — a conspiracy generally connected with anti-Semitism.

Irving’s team has been in discussions with the ADL, with the two sides (along with the Nets) releasing a statement on Wednesday evening. The Nets and Irving both pledged $500,000 “toward causes and organizations that work to eradicate hate and intolerance in our communities.” Irving also pledged to work with the ADL in the future.

Irving has played in three games since retweeting the film, including one after which he held a press conference defending himself. The statement does not include any mention of discipline from the NBA or the Nets.

Irving did not speak to reporters after the Nets’ loss to the Bulls on Tuesday, with general manager Sean Marks saying the organization didn’t “want to cause more fuss right now.”

The statement also adds that the Nets, New York Liberty and other affiliated organizations “will host a series of community conversations” at the Barclays Center in partnership with the ADL and other civil rights organizations.

“At a time when anti-Semitism had reached historic levels, we know the best way to fight the oldest hatred is to confront it head-on and also to change hearts and minds,” ADL CEO Jonathan Greenblatt said. “With this partnership? ADL will work with the Nets and Kyrie to open dialogue and increase understanding.”

Irving is expected to play against the Wizards on Friday.