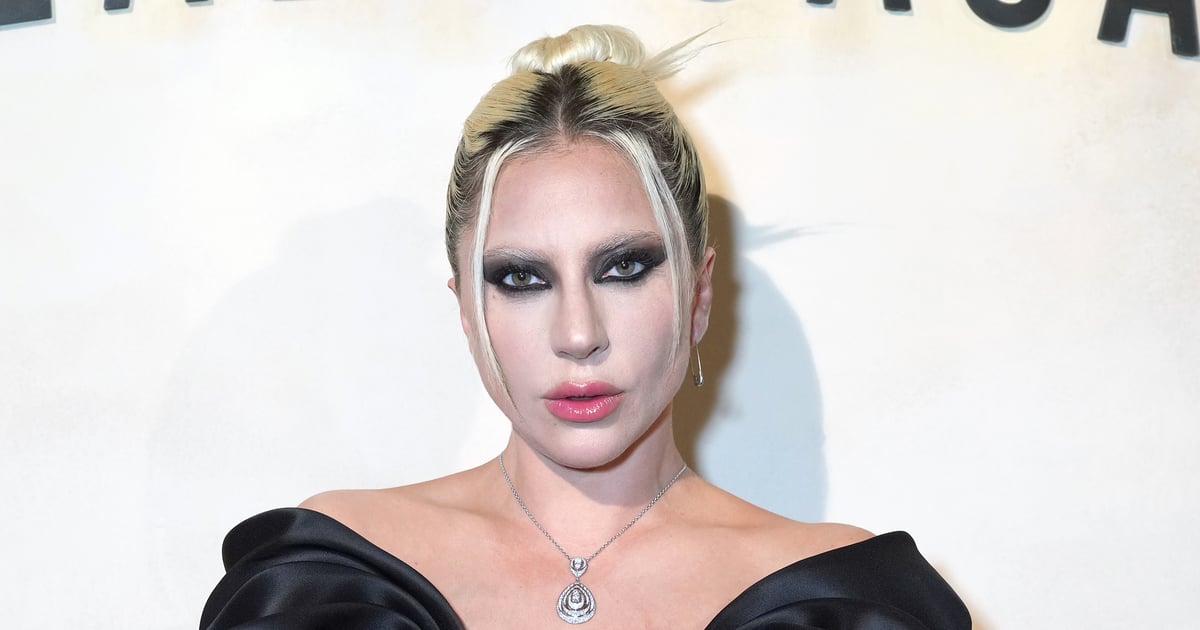 Lady Gaga is collaborating with the one and only Dom Pérignon, hosting a star-studded event in Los Angeles on Thursday night. For the evening’s celebrations, Gaga chose to dress in all-black, effortlessly marrying two of her well-known fashion eras for a style renaissance. The “House of Gucci” actress is well known for her sartorial point of view, having oscillated between the over-the-top meat-dress era and a more casual, grungy persona over the past decade. This week, however, she fell comfortably in the middle, choosing an elegant black velvet gown that boasted a statement-making off-the-shoulder bow necklace crafted of black satin. To keep it casual and slightly ’90s-inspired, the star slipped into a pair of ripped fishnet tights and black leather elbow-length gloves, rocking a pair of sky-high platform stilettos that harken back to the 2000s.

The dress was a special one as it was a custom piece designed by Gaga’s sister, Natali Germanotta, for her line, Topo Studio. Her knockout shoes were designed by Pleaser Shoes, boasting eight-inch heels. Around Gaga’s neck was a white gold and diamond teardrop pendant necklace designed by Chaumet, named the Rondes de Nuit as part of their “Josephine” collection.

The event was the official launch of Gaga’s new Dom Pérignon Rosé Vintage 2008 limited-edition bottle, designed in black and metallic pink, exclusively for the holiday season. She has been collaborating with the champagne company since March 2021, having begun with the design of a sculpture. The entire partnership has included donations to her Born This Way Foundation, as well, supporting mental health for young people.

It’s been confirmed that Gaga will be starring in “Joker: Folie à Deux.” And while she hasn’t yet said whom she will be playing, she’s gotten Margot Robbie’s blessing to take over as Harley Quinn. As such, it must be noted that with this latest torn-fishnet style, she might very well be dropping some hints as to the character that we will see her embody next.

Check out her look from every angle here.